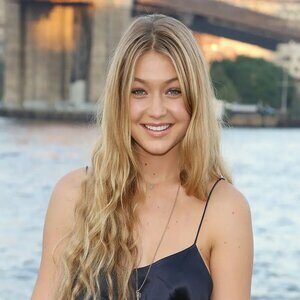 Gigi Hadid is an alias for Jelena Noura Hadid, a well-known American fashion model and television personality. She rose to prominence after making her debut on Models.com’s Top 50 Models list. In 2016, she was crowned International Model of the Year by the British Fashion Council. Her acting career began with the short film ‘Virgin Eyes,’ which was released in 2012 and featured her in the role of Andrea. She also rose to prominence as a cast member of the reality television show “The Real Housewives of Beverly Hills.” She has also appeared in a number of music videos. ‘Bad Blood,’ a song by Taylor Swift, a well-known American singer, is one of them. It was from her fifth studio album, ‘1989,’ which came out in 2014. Another is Calvin Harris’s song “How Deep Is Your Love,” a well-known Scottish disc jockey and record producer. The song was a hit in the United Kingdom, peaking at number seven on the Singles Chart. Gigi was also the face of the iconic American apparel brand ‘Guess’ in 2012.

Gigi Hadid was born Jelena Noura Hadid in Los Angeles, California on April 23, 1995. Mohamed Hadid, a real estate entrepreneur, is her father. Yolanda Hadid, a former model, is her mother.
She is a descendent of Daher Al Omer, an Arab monarch who controlled Northern Palestine in the mid-eighteenth century, through her father.
Bella, her younger sister, and Anwar, her younger brother, are also models.
Her mother married David Foster, a Canadian singer, songwriter, and record producer, after her parents separated in 2000. Hadid also has five step-sisters through him.
In 2013, she graduated from Malibu High School in Malibu, California. She used to be very athletic and participated in sports such as volleyball and horseback riding.
She afterwards relocated to New York to further her education as well as her modeling career. She had started studying criminal psychology at The New School, a private research institution in New York City’s Lower Manhattan, but she decided to put her studies on hold in 2013 to focus more on her modeling career.

Gigi Hadid began her modeling career with Guess, a well-known American clothing company. She was barely two years old when she was cast in her first Guess commercial. In 2011, she returned to work with them. She was appointed the face of one of their advertisements the following year, in 2012.
She also made multiple appearances on ‘The Real Housewives of Beverly Hills,’ a renowned television show. The show, which debuted on October 14, 2010, is a reality television show that follows the personal and professional lives of a group of women in Beverly Hills, California.
She has also adorned the covers of various magazines and appeared in major music videos. She had an appearance on the American cuisine reality show ‘MasterChef’ in 2016. The show, which is based on a British series of the same name, is extremely popular in the United States.

Gigi Hadid’s participation on ‘The Real Housewives of Beverly Hills,’ which aired in 2012, is her most notable television appearance. The show is a reality television show that follows the lives of a group of ladies who live in Beverly Hills, California. It’s the sixth season of ‘The Real Housewives of New York City.’
Hadid appeared in the music video for Taylor Swift’s song “Bad Blood,” a well-known American singer and songwriter. The track, which was included in the album ‘1989,’ was a big smash, reaching number one in places such as Canada, New Zealand, Scotland, and the United States. Swift never revealed her friend’s name, but the song is about her betrayal by a close friend who was a fellow musician close to her.
It’s widely assumed that Katy Perry was the inspiration for the song ‘Bad Blood.’ The song garnered largely unfavorable reviews and was labeled as “clichéd” by critics. However, it was named one of the finest tracks on the album by the American publication ‘Entertainment Weekly.’ As of January 2017, the music video had received billions of views throughout the world. The ‘Grammy Award for Best Music Video’ was also given to it.
Hadid’s performance in the iconic music video ‘Pillowtalk,’ which was recorded by Zayn Malik, a well-known British singer and songwriter, is one of her most recent and notable works. ‘Mind of Mine,’ his debut solo studio album, was the inspiration for the song. The song, which was released on January 29, 2016, along with the music video, was an instant hit, debuting at number one in both the United States and the United Kingdom.
Critics gave ‘Pillowtalk’ a mixed response. Anthony Hannides, Michael Hannides, Joe Garrett, and the tune’s producer Levi Lennox collaborated on the single with Zayn. Hadid and Zayn are shown in the music video spinning around each other, then making out and shedding black tears.

Gigi Hadid dated Cody Simpson in the past, but the two had to break up due to personal reasons. Zayn Malik, a British singer and songwriter, has been Hadid’s boyfriend since 2016.

Gigi Hadid has a net worth of $29 million.