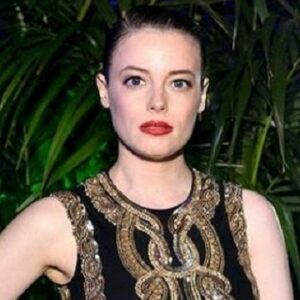 Gillian Jacobs is an American actress best known for her role as Britta Perry in the NBC/Yahoo! Screen comedic series “Community.” She is presently starring in the Netflix series ‘Love’ as Mickey Dobbs. Gillian Jacobs began her acting career as Titania in a theatrical production of Shakespeare’s ‘A Midsummer Night’s Dream’ when she was eight years old. In 2005, she had her film debut in the film ‘Building Girl,’ and in 2006, she made her television debut in three episodes of the popular series ‘The Book of Daniel,’ as Adele Congreve. Jacobs’ most well-known part to date is that of CJ in the 2010 film ‘Nonames,’ for which she received critical acclaim as well as the Method Fest Award for Best Actress.

She began her acting career at an early age by taking weekend acting workshops at the Pittsburgh Playhouse. Jacobs made her acting debut in a stage production of Shakespeare’s ‘A Midsummer Night’s Dream’ at Pittsburgh Public Theater, where she played Titania.

Gillian Jacobs starred in the off-Broadway musical ‘Cagelove’ in 2006. The play garnered mostly unfavorable reviews, while all of them praised Gillian Jacobs’ acting abilities.

Her major break came in 2009 with the show ‘Community,’ where she played Britta Perry for 119 episodes before the show was cancelled. Gillian Jacobs landed a recurring role as Mimi-Rose Howard on the HBO comedy “Girls.”
Jacobs has also starred in a number of web series, including ‘Don Cheadle is Captain Planet’ in 2011, ‘The Book Club’ in 2012, and ‘Tiny Commando’ in 2013.

Grace Hopper, a US Navy rear admiral and computer scientist who ushered in the digital era, was the subject of a short documentary directed by Gillian Jacobs in 2015.

‘Gardens of the Night’ in 2008, ‘The Box’ in 2009, ‘Helena from the Wedding’ in 2010, ‘Seeking a Friend for the End of the World’ in 2012, ‘Made in Cleveland’ in 2013, ‘The Lookalike’ in 2014, ‘Hot Tub Time Machine 2’ in 2015, ‘Don’t Think Twice’ in 2016, and ‘Lemon’ in 2017 are among Gillian Jacobs’ other notable film appearances
‘Magic Camp’ and ‘Life of the Party,’ two of her films, are currently in post-production and will be released in 2018.
Jacobs had multiple appearances in episodic parts in several television programs after ‘Community.’ Audiences and journalists alike praised her performance in the programs ‘Girls’ and ‘Love.’

Gillian Jacobs’ first nomination came in 2010 when she was nominated for the Method Fest Awards in the Best Actress Category for her work as CJ in ‘Nonames.’ Her winning streak continued at the Phoenix Film Festival Awards, where she won Best Ensemble Acting and Acting Achievement.
She was nominated for a Critics’ Choice Television Award for “Best Comedy Supporting Actress” in 2012, but instead received a TV Guide Award for “Favorite Ensemble.”

Her parents split when she was two years old, and she was raised by her mother. She is now a resident of East Los Angeles.

Gillian Jacobs has a net worth of $5 million dollars.

She wants to play Hildy Johnson, the fearless reporter from the 1940 film ‘His Girl Friday,’ a role made famous by Rosalind Russell.
She has never used drugs and is a complete teetotaler. She claims that reading the novel ‘Go Ask Alice’ prompted her to make a conscious commitment to abstain from alcohol and drug use at all times.
Her mother gave her the moniker “Bubby” after football player Bubby Brister.