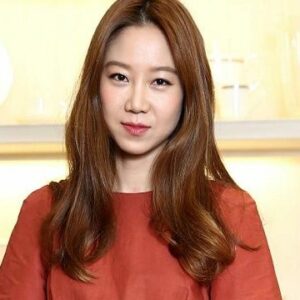 South Korean actress Gong Hyo-jin is well-known for her noteworthy roles in a number of South Korean movies. Before landing her first acting part in the 1999 horror film “Memento Mori,” she worked as a model. She received praise for her performance in the film, and she has subsequently given many other outstanding performances. She has received numerous honors and prizes for her acting achievements. In numerous of her films and television dramas, including “Sang-doo! Let’s Go to School,” “Crush and Blush,” “The Greatest Love,” “Pasta,” “The Producers,” “Master’s Sun,” etc., she has had standout performances. She is regarded as a fashion icon in addition to being a successful author and actress. She has also worked with many shoe and textile companies. Gong Hyo-jin, who is dubbed the “rom-com queen,” is one of South Korea’s most popular actors.

Gong Hyo-jin was born in Seoul, South Korea’s Gangseo District, on April 4, 1980.
She arrived in Australia with her mother and brother when she was still quite little. Due of his professional obligations, her father remained in Korea.
Prior to moving back to Korea in 1997 as a result of the IMF crisis, which affected the majority of East Asia, she attended John Paul College in Brisbane.
She subsequently continued her schooling at Sejong University in Seoul before making her modeling debut.

Gong began her modeling career in 1998 by appearing in a number of telecom-related ads. She first appeared in one of these advertisements, “Happy to Death.”

She appeared in the horror film “Memento Mori” a year later. Even though the movie wasn’t an economic success, most filmmakers now regard it as a classic. Gong’s debut performance was able to capture the interest of many people. She actually continued to win ‘Best Actress’ honors for the film.

Following the popularity of “Memento Mori,” Gong made the decision to pursue acting professionally, and in 2000, she had an appearance in the TV sitcom “My Funky Family.” She continued to captivate her audience in 2001 by acting in television shows including “Wonderful Days” and “Teabag Without Hope.”

She kept making cameos in supporting parts in movies including “Last Present,” “Volcano High,” and “Guns & Talks.” Later, she was cast in a pivotal role in the parody “Emergency Act 19” from 2002. After that, she made an appearance in “A Bizarre Love Triangle.”

She won over a lot of movie fans in 2002 with her amazing performance in MBC’s “Ruler of Your Own World,” which gained cult status. She portrayed the part of Song Mi-rae in the series, and she was excellent in it. She later appeared in the film “Conduct Zero,” which received positive reviews from both critics and the general public.

She acted as a girl who falls in love with her brother-in-law in MBC’s “Snowman” in 2003.
In KBS2’s “Sang-doo! Let’s Go to School,” Gong portrayed a high school teacher who runs into her high school sweetheart. She won a number of prizes for her outstanding performance in the series.

She furthermore made an appearance in a few music videos for performers including Lee Soo-young and Yoon Gun. She made an appearance in the 2004 television series “5 Stars.” She appeared in the film “Heaven’s Soldiers” in 2005. Gong was dissatisfied with the parts she was being offered at this point in her career.

In the 2006 film “Family Ties,” Gong played a young woman who is irate and has a tense relationship with her mother. She gained acclaim for the movie’s outstanding acting. The remaining cast members were also praised for their individual performances in the movie.

Her enthusiasm for performing was rekindled after the success of “Family Ties.” Her subsequent project, “Thank You,” saw her make a comeback to television in 2007. She portrayed an HIV-positive single mother in the TV show who had to care for her daughter alone.

She made several film appearances in 2007, including “My Son,” “Happiness,” and “M.” She also had a significant part in the 2008 movie “Crush and Blush,” which also became a cult favorite. Gong won numerous honors for her portrayal of a misanthropic woman in the black comedy movie.

She played a chef in the romantic comedy “Pasta” in which she starred in 2010. The talk of the town was her on-screen chemistry with co-star Lee Sun-kyun. Additionally, “Pasta” went on to become a huge box office success.
She participated in the 2011 television production “The Greatest Love,” which dramatized a romance between a pop star and an actress. The show was extremely popular.

She then played the lead in the critically acclaimed 2012 romantic comedy “Love Fiction.” She also made an appearance in the documentary “577 Project,” in which a group of actors walk 577 kilometers across the country.
She starred in the comedy film “Boomerang Family” in 2013, which was based on a book by Cheon Myung-kwan. She also starred in the horror-comedy series “Master’s Sun,” for which her fans dubbed her the “Queen of Romantic Comedy.”

Then, in 2014, she tried out new roles like the lead in “It’s Okay, That’s Love.” She portrayed a psychologist in the television show who fell in love with a schizophrenic writer. Later, in 2015, she made an appearance in the sitcom “The Producers.”
She has a significant role in the 2016 SBS network film “Don’t Dare to Dream.” Then she portrayed a former violinist who resides with her kid in the thriller “Single Rider.”

Alongside Willy Russell, she has been on stage in “Educating Rita.” The drama focused on the romance between a young working-class hairdresser and a university lecturer.

She released an essay collection named “Gong Hyo-Notebook” jin’s in 2010. The book achieved best-seller status.
She is also a well-known fashion designer who has debuted her own clothing brand, Excuse Me x Suecomma Bonnie.
In 2009, she was appointed jury president for the International Women’s Film Festival. She was on the 2011 Asiana International Short Film Festival jury as well.

At the 29th MBC Drama Awards, she and Lee Sun-kyun won the “Best Couple Award” for their performance in “Pasta.”
She was honored with the “Best Actress” prize at the Golden Cinema Film Festival in 2017 for the role of Missing.

In 2003, Gong dated South Korean actor Ryu Seung-ryong; however, their relationship ended in 2012.
She began dating Lee Jin-wook in 2014. After four months of dating, the couple split up.
She and actor Gong Yoo are good friends.

The estimated net worth of Gong Hyo-jin is $ 4 million