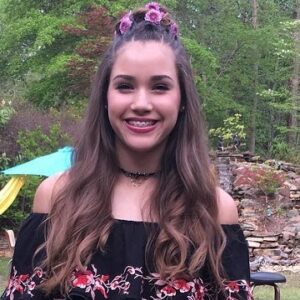 Gracie Haschak is a skilled young American dancer who has made a name for herself on social media as a result of her abilities. Haschak was introduced to the world of dance at a young age and found it impossible to separate herself from it, finally becoming completely engaged in it. She rose to prominence after dancing in MattyB’s music video ‘Daddy Says No,’ and has since worked as a dancer in a variety of music videos and cover songs. Interestingly, her sisters, like her, developed a passion for dance and quickly followed in her footsteps. In May 2017, the Haschak sisters launched their YouTube channel, ‘Haschak Sisters,’ which now has over 2.8 million subscribers. They upload music videos and cover songs to the channel. Gracie Haschak’s social media presence is overwhelming, despite the fact that she has yet to appear on television. Her performances have garnered her millions of fans.

When you ask Haschak when she first started dancing, she wryly responds that she has always danced. Haschak was born to dance and spent his early years learning various dance disciplines with the Temecula Dance Company.

Haschak rose to prominence after appearing in a music video for MattyB’s ‘Daddy Says No.’ Haschak rose to prominence almost overnight. Her dancing abilities were praised and admired, and she was able to pursue a career in dance as a result. She was inundated with offers after her debut video received rave reviews, and she soon found herself dancing in a variety of music videos and cover tunes.

She teamed up with MattyB once more for his music video ‘My Hump,’ which also included her sister Madison. They also produced a cover of Kanye West’s “Clique” video. The sister duet also did a rendition of Mark Ronson’s ‘Uptown Funk,’ which has over one million views on YouTube. Haschak has cooperated with other YouTubers users in addition to dancing for music videos.

She launched a YouTube channel called Haschak Sisters with her three sisters, where she routinely uploads videos. ‘Sorry, I Wanna Dance,’ ‘Gold Digger,’ ‘Get Away,’ ‘Gossip Girl,’ ‘Girls Rule the World,’ and ‘Slumbe Party’ are some of the other videos in which she has appeared. Haschak has also worked as a principal dancer in commercials for Kohls, Disney Tinkerbell, Lalaloopsy, and other brands. She also danced on the television shows ‘90210’ and ‘America’s Got Talent,’ as well as the computer game ‘Just Dance 2.’

Gracie Haschak was born in the United States on April 7, 2002, to John and Kathi Haschak. Her mother worked for the Temecula Dance Company as the studio manager. It was there that the seed for Haschak’s dancing was planted.

She trained with the group for a decade, acquiring various forms such as musical theatre, jazz, lyrical, ballet, hip-hop, and tap. Madison, Olivia, and Sierra are her three sisters. Her sisters, interestingly, followed in her footsteps and have made a name for themselves in the dance world. They also collaborate on the Haschak sisters’ YouTube channel with Gracie. Gracie Haschak, who is in her mid-teens, is managing her dance career and her studies.

Haschak has been candid about her relationship status in the past. She was questioned if she had a boyfriend during a face-to-face discussion with her channel’s audience. She flatly declined, claiming that she was too preoccupied with school, studies, and dance to pay attention to anything else.

Despite the fact that rumors about her dating fellow YouTube singer and rapper MattyB began to circulate, she denied all of them, which later turned out to be incorrect. Haschak admits that she plans to date when she reaches the age of 20.

Gracie Haschak’s net worth is estimated to be at $400,000. She has amassed this massive sum of money mostly through ad revenue and brand deals or offers on the “Haschak Sisters” YouTube Channel.