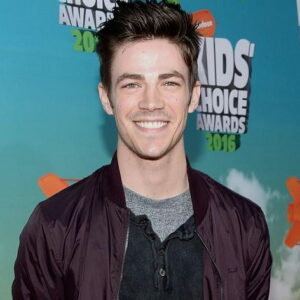 Grant Gustin is an American actor, singer, and dancer best known for portraying Barry Allen, a.k.a. The Flash, on The CW’s blockbuster show ‘The Flash.’ He began his career on television with the show ‘Glee,’ and went on to play recurring roles in the shows ‘90210’ and ‘Arrow.’ He has always wanted to be a Broadway performer, eventually acting in television and movies, since he was a child. He claims it was overturned because he had already had his debut on television and wanted to continue acting in Broadway productions. He is, nonetheless, pleased with what he has accomplished thus far. He claims that the opportunity to work on ‘Glee’ came to him by accident because he was not actively hunting for it. He had first auditioned for a part as a tap dancer in ‘Glee’ as a prolific tap dancer. While he didn’t receive the position, he left an impression on Ryan Murphy, the show’s co-creator, who recognized him from his recurring role as Sebastian Smythe. Gustin has reprised his character in cross-over episodes of four other television shows based on the same fictional universe: ‘Arrow,’ ‘Vixen,’ ‘Supergirl,’ and ‘Legends of Tomorrow,’ in addition to playing the lead role in ‘The Flash.’

Thomas Grant Gustin was born in Norfolk, Virginia, on January 14, 1990. Tina Haney, his mother, is a pediatric nurse, and Thomas Gustin, his father, is a college professor. Tyler, his older brother, and Gracie, his younger sister, are his siblings.

After being inspired by the 1952 American musical comedy film ‘Singin’ in the Rain,’ he began tap dancing at the age of eight. He liked to play out movie sequences with his brothers when he was a kid. He eventually began performing in community theater and has been in over 30 shows.

He studied Musical Theater at the ‘Governor’s School for the Arts’ in Norfolk while still in high school. He also spent over a decade performing with Hurrah Players Incorporated, a Virginia-based theater company.
In 2008, he graduated from Granby High School. He began coming to New York to see plays during his sophomore year of high school and recognized that acting was a genuine career option for him. Later, he enrolled in Elon University’s BFA Music Theater Program in North Carolina.

Grant Gustin auditioned for the role of Baby John in a Broadway Revival Tour production of ‘West Side Story’ while at Elon University. He dropped out of school in 2010 and spent a year acting in the play.
During this time, he met his manager, who landed him a job on Fox’s popular musical sitcom ‘Glee.’ He relocated to

Los Angeles shortly after to begin filming for the television series. On November 8, 2011, he made his first appearance on television as Sebastian Smythe, an openly gay member of the Dalton Academy Warblers.
In January 2012, Gustin and ‘Glee’ co-star Naya Rivera performed the duet ‘Smooth Criminal,’ which he had been interested in since he was a child. The song was included in the third season’s episode ‘Michael,’ and featured on-screen musical guests 2Cellos.

He worked in the Lifetime network’s television film ‘A Mother’s Nightmare,’ which was shot in Canada, in May 2012. He landed a prominent role in the indie film ‘Affluenza’ the same year.
Between ‘Glee’ and ‘The Flash,’ he made a cameo appearance on ‘CSI: Miami’ in 2012 and was cast in a recurring role on ‘90210’ in 2013. He also auditioned for the character of Finnick Odair in the ‘Hunger Games’ film series in 2012, but Sam Claflin won the part.

In September 2013, he was cast in the role of Barry Allen, a.k.a. The Flash. Initially, he was cast as a guest star in the other DC superhero series, ‘Arrow.’ In October 2014, he got his own pilot, ‘The Flash,’ which premiered.
He has a prominent role in the upcoming indie film ‘Krystal,’ which will be released in 2017. He’ll be paired with Academy Award winner Kathy Bates in the film.

‘The Flash,’ which is now regarded as one of the best television shows, instantly made Grant Gustin a household name. Originally planned as a 13-episode series, the show’s success prompted the producers to raise the first season’s episode count to 23. Its pilot episode became The CW’s second-most-watched debut in its history. The show has received unanimous praise from critics and is now in its third season.

For ‘The Flash,’ he received the ‘Breakthrough Performance Award’ at the Saturn Awards 2015. In 2015 and 2016, he received two nominations for ‘Best Actor on Television.’
His cover of the ‘Glee’ song ‘Smooth Criminal’ reached number 26 on the Billboard Hot 100. It also charted at number 10 on the ‘Billboard’ Digital Songs chart and number 28 on the ‘Billboard’ Canadian Hot 100 chart.

Hannah Douglass, a dancer and model, is Grant Gustin’s girlfriend. It’s unclear when they started dating, but they were both on ‘Glee’ at one point or another. Douglass has repeatedly expressed her support for Gustin on social media. He stated in a 2014 interview that they have been dating for a few years.
He calls himself a “Mama’s boy” because of his close relationship with his mother. He adores her food and considers it to be the most Virginian aspect of his personality.

Even though he is straight, Grant Gustin, who played an openly gay character in the Fox television series Glee, has been ‘gay-bashed’ in school. He didn’t hang out with other pupils who were into sports because he was more interested in theatre and tap dance. As a result, he became a target for other pupils at his school, and his upbringing became a nightmare.

In October 2011, he accidentally revealed his phone number on his ‘grantgust’ Twitter account, and within 10 minutes, he received over 20 calls from his fans. By phoning AT&T, he was able to change his phone number in less than 5 minutes.

Gustin was nicknamed “thunder foot” in school because he could sprint fast and kick the ball far. He is best known for his superhero character, Flash, who moves at incredible speed. His on-screen antics, however, are a blend of green-screen effects and computer images, he confesses.
He is an admirer of Superman, another DC superhero. Gustin has several tattoos on his body, including one on his left forearm that reads “Superman… I love him” in his mother’s handwriting.

Grant Gustin is a $5 million-plus American actor and singer. In January 1990, Grant Gustin was born in Norfolk, Virginia. In the television series 90210, he played Campbell Price in 2013. Gustin has a recurring role as Sebastian Smythe in the TV show Glee from 2011 to 2013.