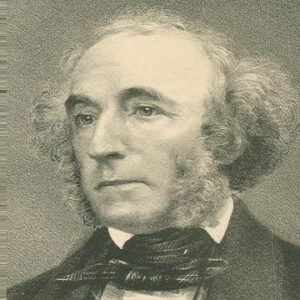 Granville Sharp was a social reformer and a renowned British abolitionist who was one of the Society for the Abolition of the Slave Trade’s founders and served as its first chairman. He lived during a time when most abolitionists believed the slave trade was wrong due to the cruel treatment slaves often received. Sharp was an early abolitionist who felt that enslaved black people and restricting their freedom to live a free life was wrong, and that treating slaves “humanely” did not justify the slave trade. After meeting a young slave who had been severely beaten and left to die by his master, he became interested in the abolitionist movement. Sharp, an idealistic and kind man, worked tirelessly to free the slave from his harsh master. Sharp became a leader of the abolitionist movement in Great Britain, which was by far the greatest trafficker of slaves, after being approached by more captives who begged for his assistance over time. He also backed the Sierra Leone resettlement program, which enticed former slaves to relocate to west Africa.

Granville Sharp was born in Durham on November 10, 1735. His father, Archdeacon of Northumberland Thomas Sharp, was a prolific theological writer. Judith was his mother’s name. Granville had 13 siblings, several of whom died as children.

He was largely schooled at home, however, he did spend some time at Durham School.
When he was 15, he was apprenticed to a London linen draper. He taught himself Greek and Hebrew while working there.

His apprenticeship ended in 1757, and the following year he got work as a clerk at the Tower of London’s Ordnance Office. He was a bright and inquisitive young guy who enjoyed pursuing intellectual interests in his spare time, and this employment provided him with plenty of possibilities to do so.

His brother William was a surgeon who provided free medical care to the local underprivileged. Granville saw Jonathan Strong, a young black man who had been cruelly beaten by his owner, David Lisle, and left onto the streets, during one of his visits to his brother’s practice in 1765. The Sharp brothers attended to Jonathan’s injuries, and when he was well enough, they found his work with a friend.

Jonathan Strong’s troubles were far from done, as he was kidnapped and sold to a plantation by Lisle. Granville Sharp raced to his help once more, demanding that Strong be brought before the Lord Mayor, who freed him.

Sharp was praised as a “protector of the Negro” after this occurrence, and more slaves sought his assistance. In 1771, he was contacted by a slave named James Somerset who presented him with his case. Somerset, who had been brought to Britain from Jamaica, got away from his master and was apprehended and sent back to Jamaica on a ship.

After several months of legal deliberation, Lord Mansfield, the Lord Chief Justice of England, concluded that a master had no power to force an enslaved person to return to a foreign nation, and Somerset was released.

He continued to work for the abolition of slavery for the following many years, is considered the leading English abolitionist of the day. He was also a prolific writer, penning anti-slavery pamphlets such as ‘A Declaration of the People’s Natural Right to a Share in the Legislature’ (1774), ‘A Declaration of the People’s Natural Right’ (1775), ‘The Law of Retribution (1776), and ‘The Just Limitation of Slavery in the Laws of God’ (1777). (1776).

In the early 1780s, Sharp was approached by Olaudah Equiano, a notable freed slave, about a case involving the massacre of several slaves on board a slave ship. In order to save drinking water, the owners of the slave ship Zong threw 132 slaves overboard to their deaths in 1781 and afterward tried to claim the captives’ worth on insurance.

Sharp became involved in the judicial procedures and helped to raise awareness about the slave trade’s abuses. Sharp’s actions served to alter public opinion against the slave trade, even though the owners were never prosecuted with murder.

In 1787, he founded the Society for Effecting the Abolition of the Slave Trade with a group of like-minded abolitionists including John Barton, William Dillwyn, Joseph Woods, and Thomas Clarkson. The society’s main goals were to educate the public about the inhumane and immoral treatment of enslaved Africans by their owners, as well as to push for a new law to end the slave trade.

Granville Sharp was an early English abolitionist and one of the founding members of The Society for the Abolition of the Slave Trade, which was founded in 1787. The group endeavored to educate the public about the slave trade’s evils, and in 1807 the international slave trade was abolished.

Granville Sharp died on July 6, 1813, and was buried with his brother William Sharp and sister Elizabeth Prouse at All Saints’ Church in Fulham.

Granville is one of the wealthiest civil rights leaders and one of the most well-known. Granville Sharp’s net worth is estimated to be $8 million, according to Wikipedia, Forbes, and Business Insider.