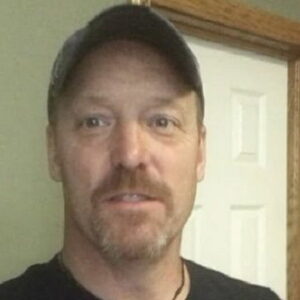 Greg Paul is a well-known social media figure who is best remembered as the father of social media stars Logan and Jake Paul. On Instagram, he owns about 596k followers. He has a moderate fan following on Twitter as well, with roughly 104k followers. In addition, the American social media celebrity also maintains a YouTube channel and has hundreds of thousands of subscribers on the social site. Paul is also a qualified realtor and commercial roofer. On a personal note, he enjoys the outdoors. He prefers to spend his personal time with his wife and sons. Paul is a funny guy in real life. His style of comedy is greatly appreciated by both his family members and followers. He is a doting father and is also incredibly proud of his sons who are doing a great job on various social media platforms. With his optimistic attitude and enthusiasm, Paul is sure to acquire more fans and admirers in the near future.

Greg A short time after his sons Logan and Jake became well-known on social media, Paul made the decision to start his own Instagram and Vine accounts. Thanks to the success of his sons, he rose to fame on Instagram within a short period of time! On February 19, 2014, Paul also registered for a YouTube account and started posting videos. “JAKE PAUL SURFING,” “DELIVERING LOGAN’S BUS ACROSS THE COUNTRY,” “LOGAN PAUL’S HIGH SCHOOL FOOTBALL CAREER HIGHLIGHTS,” and “HIGH-LINE SLACKLINING FOR LOGAN PAUL VS. (hot german girls…)” were among his first videos. These videos were huge hits with the audience thanks to Paul’s sense of humor and style of presentation.

Following this, he quickly came up with more intriguing material, including “PAUL FAMILY ATTACKS PAPARAZZI” and “PHOTO BOMBING STRANGERS.” Additionally, the vlog dad started producing videos about broad subjects. His videos, such as “CYBER BULLYING IS REAL,” attracted enough viewers’ attention. Paul continued to create videos and upload them, and as a result, he independently rose to fame on YouTube. He has recently shared a variety of content, including “COOKING WITH VLOG DAD,” “VLOG DAD REACTS,” “I STOLEN JAKE’S DIAMOND PLAY BUTTON,” “NEVER BEFORE SEEN ACCEPTANCE SPEECH,” and “VLOGDAD RESPONDS SON Jake Paul’s LOST DISNEY CONTRACT.” These videos are amusing and interesting, just like his earlier ones.

Greg Paul was born in Ohio, United States, on October 28, 1963. Pam Stepnick, his wife, is another well-known YouTuber. She has also worked as a nurse at numerous hospitals, including the UHHS Westlake Surgery Center. Logan and Jake, two well-known social media personalities, are the proud offspring of the couple. While Jake is a YouTube star known for his comedic sketches, songs, and vlogs, Logan is best known for his wildly popular Facebook account (as well as his YouTube channel).

While his children Jake and Logan each have Silver, Gold, and Diamond play buttons, he has a Silver play button from YouTube. His estimated net worth ranges from $1.5 million to $5 million.

He is a very modest individual who prefers to live a straightforward life rather than flaunt his fortune.

“If you’re not living on the edge, you’re taking up too much space,” reads Greg Paul’s Instagram motto. Regret carries a heavy burden.