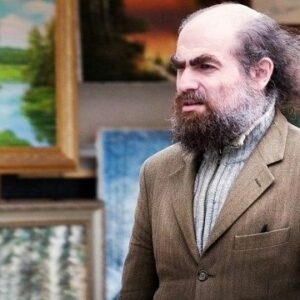 Grigori Perelman is a well-known Russian mathematician best known for his work on Riemannian geometry and geometric topology. He made a breakthrough by proving the Poincaré conjecture by resolving the soul conjecture and later Thurston’s geometrization conjecture. However, perhaps as a result of his early negative experiences as a Jew in the Soviet Union, he became increasingly reclusive for the majority of his adult life. He even refused to accept numerous prestigious awards for his invaluable contributions to mathematics because he was “not interested in money or fame” and did not wish to be “on display like an animal in a zoo.” He declined the ‘Fields Medal’ in 2006 and the ‘Millennium Prize’ in 2010, along with the accompanying one million dollar prize money. For the latter, he believed he should have shared the honor with Richard S. Hamilton, the mathematician who pioneered the Ricci flow research program that ultimately resulted in his work. He was in “disagreement with the organized mathematical community” for the majority of his life and is now believed to have retired from mathematics.

Grigori ‘Grisha’ Yakovlevich Perelman was born in Leningrad, Soviet Union (now Saint Petersburg, Russia) on June 13, 1966, to Yakov Perelman and Lubov Lvovna. His father was an electrical engineer, and his mother worked at a technical college as a mathematics instructor.
He was born to Russian-Jewish parents during a period of strong Soviet anti-Jewish sentiment, and his overtly Jewish surname subjected him to anti-Semitism throughout his life. His father later relocated to Israel, and his mother abandoned graduate mathematics studies to raise him and his younger sister Elena, who later became a mathematician as well.

When he was a child, his father, who was extremely proud of him, encouraged him to solve brain teasers and math problems and taught him to play chess. His mother, in addition to encouraging his interest in mathematics, taught him to play the violin.

By the age of ten, his aptitude for mathematics became apparent as he competed in district mathematics competitions. His mother enrolled him in an elite math coaching club run by Sergei Rukshin, a 19-year-old mathematics undergraduate at Leningrad University.

He also improved his English with Rukshin’s assistance and enrolled in September 1980 at Leningrad’s Special Mathematics and Physics School Number 239. In 1982, he was selected to the Soviet Union’s International Mathematical Olympiad team, where he won a gold medal and earned a direct admission to the Leningrad State University’s School of Mathematics and Mechanics.

Grigori Perelman began assisting his former tutor Sergei Rukshin at his summer camps during his undergraduate year. He was eventually forced to stop, as his incredibly high standards were incompatible with even the best students.

He had already published a number of papers on various mathematical theories by the time he graduated from university in 1987. Among them were ‘Realization of abstract k-skeletons as k-skeletons of convex polyhedra intersections in R2k-1’, ‘A remark on Helly’s theorem’, a supplement to A D Aleksandrov’s ‘On the foundations of geometry’, and ‘On the k-radii of a convex body’.

Despite his outstanding undergraduate achievements, he struggled to gain admission to the Leningrad Department of the Steklov Institute of Mathematics due to the institute’s anti-Jewish policy. In 1990, Aleksandr Danilovic Aleksandrov obtained permission from the institute’s director to pursue graduate studies there, albeit under Yuri Burago rather than Aleksandrov himself.

In 1989, he published the results of his thesis, ‘An example of a complete saddle surface in R4 with Gaussian curvature bound away from zero.’ He defended his thesis ‘Saddle Surfaces in Euclidean Spaces’ the following year.

He was invited to the Institut des Hautes Études Scientifiques near Paris by Mikhael Leonidovich Gromov, with whom he collaborated on Aleksandrov’s spaces, through Burago’s efforts. In collaboration with Burago and Gromov, he published his first major paper, ‘A D Aleksandrov spaces with curvatures bounded below,’ in 1992.

He briefly returned to St Petersburg, but on Gromov’s recommendation, he was offered research positions at several US universities. He began working on manifolds with lower bounds on Ricci curvature in 1992, during his one-semester stays at the Courant Institute at New York University and Stony Brook University.

In 1993, he was awarded a two-year Miller Research Fellowship at the University of California, Berkeley, where he published articles such as ‘Elements of Morse theory on Aleksandrov spaces’ and ‘Manifolds of positive Ricci curvature with nearly maximal volume’. However, his greatest achievement was to address a question posed by mathematicians twenty years earlier in his paper ‘Proof of Cheeger and Gromoll’s soul conjecture.

He was invited to speak at the International Congress of Mathematicians in Zürich in 1994 and was offered positions at prestigious US universities such as Princeton and Stanford. In 1995, he returned to the Steklov Institute in Saint Petersburg and accepted a position as a researcher.

He initially published ‘The Entropy Formula for the Ricci Flow and Its Geometric Applications’ in November 2002, but made no claim to have solved the Poincaré Conjecture. As his paper was hailed as a breakthrough in the field, he published a follow-up paper, ‘Ricci flow with surgery on three-manifolds,’ in which he modified Richard S. Hamilton’s program to prove the conjecture.

Grigori Perelman earned a perfect score and a gold medal for the Soviet Union at the 1982 International Mathematical Olympiad. In 1991, he was awarded the Saint Petersburg Mathematical Society’s ‘Young Mathematician Prize’ for his work on Aleksandrov’s curvature spaces that are bounded from below.

In 1996, he declined an award presented by the European Congress of Mathematicians. Ten years later, in 2006, he declined the ‘Fields’ Medal, the mathematical equivalent of the ‘Nobel Prize,’ stating that he was “not interested in money or fame.”

On March 18, 2010, he was announced as the winner of the first Clay ‘Millennium Prize’ for solving the Poincaré conjecture. However, he declined the award this time because he believed the decision was unjust because his accomplishments were comparable to those of Richard S. Hamilton, the mathematician whose model he followed.

Grigori Perelman, according to 2010 media reports, lives in a two-bedroom flat in St. Petersburg with his elderly mother, despite the fact that he owns his own studio apartment. The family survives on his mother’s meager pension and funds sent by his sister in Sweden.

Grigori Perelman is believed to have retired from mathematics, as his neighbours claim he now spends his time playing table tennis against the wall and is only seen when shopping at a nearby store.