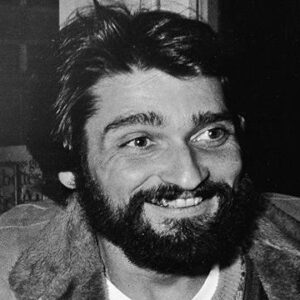 Born Kostas Tritchonis, Gus Trikonis is an American actor and filmmaker. He is well recognized for his role as Indio in the blockbuster film West Side Story. As a filmmaker, he made his debut with the film ‘Five the Hard Way,’ which was followed by ‘The Student Body,’ ‘The Swinging Barmaids,’ and ‘Dance of the Dwarfs.’ ‘Take This Job and Shove It’, however, was Trikonis’s greatest mainstream triumph. Trikonis, formerly one of the best young directors, has directed a number of television programs. He directed episodes of numerous television shows, including “Hercules: The Legendary Journeys,” “Baywatch,” “Quantum Leap,” “Burke’s Law,” “Wiseguy,” “Hunter,” “Baywatch Nights,” “The Commish,” “The Flash,” and “The Twilight Zone,” to mention a few. In addition to acting and directing, Gus Trikonis has produced a number of oil paintings. The actor is not active on any social networking websites because he is not a social media user.

Gus Trikonis began his career as an actor, starring as Indio in the wildly successful 1961 film “West Side Story.” The next year, he was seen dancing alongside Grover Dale and Debbie Reynolds in the 1964 film The Unsinkable Molly Brown.

Two years later, Trikonis made his directorial debut with “Five the Hard Way / The Sidehackers.” In 1975, he produced the films Supercock and The Swinging Barmaids. A year later, the American actor-turned-director directed the films “Nashville Girl” and “The Student Body.”

This was followed by his 1977 and 1978 films, Moonshine County Express and The Evil, respectively. In 1981, Trikonis directed the films Elvis and the Beauty Queen’ and ‘Take This Job and Shove It’ after directing the film ‘She’s Dressed to Kill’

In the 1980s and 1990s, they predominantly directed television dramas. He has directed episodes of numerous television shows, including ‘Hercules: The Legendary Journeys,’ ‘Baywatch,’ ‘Quantum Leap,’ ‘Burke’s Law,’ ‘Wiseguy,’ ‘Hunter,’ ‘Baywatch Nights,’ ‘The Flash,’ ‘The Twilight Zone,’ ‘Jack and Mike,’ ‘Beauty and the Beast,’ ‘The

Gus Trikonis was born as Kostas Tritchonis in Manhattan, New York, on November 21, 1937. His younger sister’s name is Gina, and she is an actress. He spent roughly two years at City College in New York City.

In terms of his romantic history, Trikonis was married to actress Goldie Hawn from 1969 to 1976. He became the son-in-law of Laura and Rut Hawn and the brother-in-law of Patti Hawn through this marriage.

After his divorce, he later married Barbara Andrews. Together, the couple had one son, Nicholas Trikonis. Barbara died in 2012, leaving Trikonis a widower.