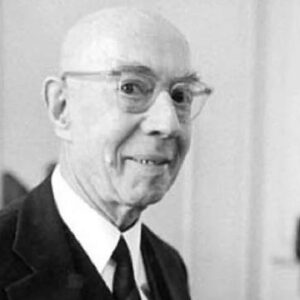 Gustav Ludwig Hertz was a Nobel Laureate in Physics who pioneered research in the subject of inelastic electron collisions in gases. He became one of the most influential physicists of the twentieth century during a five-decade career. Gustav Ludwig Hertz made his most important discovery while working as a researcher at the University of Berlin, but his career was cut short when he was drafted into the army following the outbreak of World War I. Hertz returned three years later, picked up where he left off, and established himself as one of his generation’s most prominent scientists. Hertz, unlike many other scientists of his time, did not always work in academia and instead worked as a senior researcher for companies like Philips and Siemens. Hertz was persecuted by the Nazi Party in Germany because of his Jewish origin when his career was at its pinnacle, so he fled to the Soviet Union to play a key role in their nuclear development. He did, however, return to Germany and resume his career as a leading scientist.

Gustav Ludwig Hertz had his early education at the Johanneum School in Hamburg, his hometown. In 1906, he received his diploma from the institution.

Gustav Ludwig Hertz began working at the University of Berlin in 1911 and was assigned as a research assistant in the university’s physics department two years later.

Gustav Ludwig Hertz began working at the University of Berlin in 1911, and for the next three years, he worked on inelastic electron collisions alongside James Franck. The Nobel Prize in Physics was awarded to Hertz and Franck 14 years after they began working on the subject.

Gustav Ludwig Hertz served in the military during the First World War. He began in 1914, but was wounded in combat the following year, and after three years in the service, he returned to Germany. He was appointed Privatdozent (researcher and instructor) at the University of Berlin upon his return.

In 1920, the Philips Incandescent Lamp Factory in Eindhoven, Netherlands, needed a researcher, and Hertz was hired in the same year. Before returning to academia, he spent five years at Philips.

Gustav Ludwig Hertz was compelled to leave his employment at the Institute of Charlottenburg Technological University in Berlin in 1934 owing to his Jewish origin and instead took a post as a researcher with Siemens after the Nazi party came to power in Germany.

Hertz returned to Germany in 1955 and worked as a professor at the University of Leipzig before becoming head of the German Democratic Republic’s physical society.

In his early academic life, Gustav Ludwig Hertz focused on inelastic electron collisions in gases, which was the most important work of his career. These tests were carried out in conjunction with James Franck and are known as James-Franck experiments.

In 1925, Gustav Ludwig Hertz and James Franck shared the Nobel Prize in Physics for their groundbreaking work on inelastic electron collisions in gases.

Gustav is one of the wealthiest computer scientists and one of the most well-known. Gustav Ludwig Hertz’s net worth is estimated to be $1.5 million, according to Wikipedia, Forbes, and Business Insider.