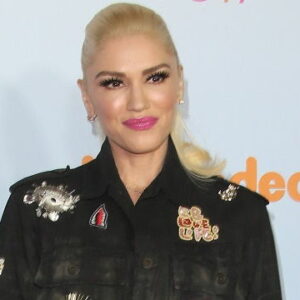 Gwen Stefani is an actress, singer, and fashion designer from the United States. She is the lead singer for No Doubt, a rock band. Before opting to go solo, she sang with the band and published three albums. Her debut solo album, ‘Love. Angel. Music. Baby.,’ was influenced by 1980s music. Hollaback Girl, the album’s third single, was the first digital download to sell one million copies in the United States. Wind It Up, Four in the Morning, and the mega hit The Sweet Escape were among the hits from her solo studio album The Sweet Escape. She has sold over forty million albums worldwide, including her work with No Doubt. With her clothes and accessory companies, L.A.M.B. and Harajuku Lovers, she has broadened her profession. She has been described as having a “brash alto” vocal prowess, as stated by The Chicago Tribune. Publications such as ‘The Hollywood Reporter’ and ‘People’ have dubbed her “the next Madonna.” Her attractiveness is complemented by her trendy clothing sense, which complements her red lips, platinum blond hair, and dark eyes. Stefani was named the fifty-fourth most successful musician and the thirty-seventh most successful Hot 100 artist of the last decade by Billboard magazine.

Gwen Renee Stefani was born in Fullerton, California, on October 3, 1969, to Dennis Stefani, a Yamaha marketing executive, and Patti Stefani, an accountant turned homemaker. Jill, Todd, and her older brother, Eric, were her siblings, and she was the second of four children.
Her parents introduced her to folk music and performers such as Bob Dylan and Emmylou Harris. She also developed a fondness for musicals such as Evita and The Sound of Music.
She was dyslexic and attended Loara High School in Anaheim, California. She made her onstage debut at Loara High School during a talent event, singing “I Have Confidence” from The Sound of Music.

Stefani graduated from high school in 1987 and enrolled at Fullerton College before transferring to Cal State Fullerton. Without a doubt, she had begun delivering vocals for her brother, Eric’s band.
Interscope Records signed No Doubt in 1991. The following year, their debut album was a flop since grunge was more popular than their ska-pop.
The band’s self-released album The Beacon Street Collection was a hit in 1995, and the single “Don’t Speak” from their third album Tragic Kingdom topped the year-end charts.
In 2000, No Doubt released ‘Return of Saturn,’ which featured slower, ballad-like tracks while keeping the ska punk and reggae influences. The singer’s friendship with Bush frontman Gavin Rossdale was mirrored in the lyrics.
In 2003, she launched her own fashion line, L.A.M.B, which produces garments and accessories as well as a fragrance called L.A.M.B., which is an acronym for her debut solo album “L.” and Harajuku Lovers, which followed.
In 2004, she made her acting debut in Martin Scorsese’s ‘The Aviator,’ for which she received a Screen Actors Guild Award nomination for Outstanding Performance by a Cast in a Motion Picture.
‘The Sweet Escape,’ her second solo album, was a collaborative effort of numerous artists, and was published in 2006. Critics panned the album, calling it a “hurried return” that only duplicated her past work with less vigor.
She resumed songwriting with No Doubt, and the band went on to headline the Bamboozle Festival and release the album Push and Shove in the United States in 2012. No Doubt’s fifth studio album, Major Works Rock Stead, was released in 2001 to largely good reviews. It debuted at number nine on the Billboard 200 chart and went on to sell over three million copies.
Love. Angel. Music. Baby, her first solo album, was released in 2004 and got positive reviews from contemporary music critics. It went on to sell seven million copies worldwide.

In 2002, she received a Grammy for “Best Rap/Sung Collaboration” for her song “Let Me Blow Ya Mind” from artist Eve’s album “Scorpion.” “.. No Doubt won a Grammy for best performance for ‘Hey Baby,’ which she co-wrote.
In 2005, she received two MTV Video Music Awards, including Best Choreography for “She won Best Actress for “Holaback Girl” and Best Art Direction for “What You Waiting For?” She also won Best Dressed Female.
She was nominated for three Teen Choice Awards in 2005, including Choice Breakout, Best Female Video, and Choice Collaboration for Rich Girl, which are presented yearly by the Fox Broadcasting Company “..
Stefani was named Best-selling New Female Artist at the 2005 World Music Awards, which celebrates recording artists based on international sales numbers reported by the International Federation of the Phonographic Industry.

Stefani dated Tony Kanal, a bandmate, but the relationship ended after seven years. She married Gavin Rossdale, a guitarist with the Bushes, in 2002. Kingston James McGregor and Zuma Nesta Rock are the couple’s two sons.
She gave $1 million to Save the Children’s Japan Earthquake–Tsunami Children in Emergency Fund in 2011 and held an eBay auction of antique items from her personal wardrobe that she created and personalized.

Gwen Stefani has a net worth of $150 million.

Sunshine and G-loc are the stage names of this artist, who is a distant relative of Madonna. “Gwennabes” or “Gwenabees” are terms used to describe her impersonators.
“My songs are really my diaries,” she explained. When I’ve been suffering through a personal nightmare, I’ve written some of my best songs.”