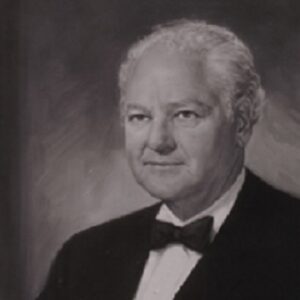 Haroldson Lafayette Hunt Jr., sometimes known as H.L. Hunt, was an oil billionaire in the United States. He was also a political activist who promoted his conservative political beliefs on his own radio show. He is regarded as one of the most gifted businessmen of his time since he built his vast financial empire from a small initial investment in oil in Arkansas, which he later turned into Hunt Oil Company. Hunt also became the country’s largest independent oil and gas producer and supplier. He stretched his horizons outside the oil sector by investing in canned goods, health products, and cosmetics. At the time of his death, his fortune was reported to be worth between two and three billion dollars, with a weekly income of more than one million dollars. Despite his success, he was entangled in a number of issues during his life, including suspicions that he was complicit in the killing of John F Kennedy.

H.L. Hunt was born on February 17, 1889, in Fayette County, Illinois, near Ramsey. Haroldson Lafayette Hunt was his father, and Ella Rose Hunt was his mother. He was the youngest of eight children. His initial schooling was received at home.

As a young man, he traveled much and worked in a variety of odd occupations. He had landed in Arkansas and was running a cotton plantation by 1912. He bought roughly 15,000 acres of land in Arkansas and Louisiana throughout the 1910s. For a time, he grew cotton and prospered. With the end of World War I, however, the cotton market crashed, causing his cotton lands to lose value.

He chose to travel to El Dorado, Arkansas, after hearing tales of an oil strike, and began exchanging oil leases. He quickly became the owner of many oil-producing wells in El Dorado after employing a variety of business strategies.
For the rest of the 1920s, Hunt continued to drill wells in Arkansas, Oklahoma, and Louisiana. He did this until he had 100 producing wells spread across the South and Southwest.

Later, he met C.M. Joiner, a landowner in Rusk County, Texas, who had recently struck oil on his 4000 acres. He did, however, require funds to drill, which he did not have at the time. He wasn’t in a position to borrow any because he was in so much debt. He even tried to sell his land, but no one was interested, including the major oil firms.

C.M. Joiner was offered $30,000 in cash and $1.2 million in oil if it was produced by Hunt. Hunt therefore became the owner of the world’s largest oil discoveries at the time.

Hunt was able to build his own pipeline and supply his own oil to Sinclair Oil Company tank vehicles. In 1936, he established the Hunt Oil Company, with headquarters in Tyler, Texas. It was then relocated to Dallas, where it grew to become America’s largest independent oil producer.

During World War II, the amount of oil he sold to the Allies exceeded Germany’s total oil output. In 1946, he supplied 85 percent of the natural gas piped into the United States to assist alleviate a serious fuel crisis.

He was also interested in politics, and in 1951 he established the ‘Facts Forum’ to combat what he saw as a severe communist threat. He invested roughly $3.5 million in the group, which used to produce and distribute conservative radio and television shows, as well as patriotic and anti-communist publications and pamphlets.

‘Facts Forum’ ceased operations in 1956, but Hunt resurrected it two years later as ‘Lifeline,’ distributing a daily 15-minute radio program to more than 400 radio stations. In 1964, he started writing columns for a conservative publication, and he went on to write multiple books about various facets of his conservative beliefs.

In 1952, he led the MacArthur President campaign, for which he is said to have put up $ 150,000. He also backed Lyndon B. Johnson for president in 1960, albeit he did not win the nomination.

His net worth was estimated to be between $400 million and $700 million in 1957. He was also named one of America’s top eight wealthiest persons.

Hunt created the Hunt Oil Company in 1936 and was a highly successful businessman. The company eventually grew to become America’s largest independent oil producer. He obtained rights to much of the East Texas Oil Fields, one of the world’s greatest oil resources, throughout the years. His oil businesses, as well as his other ventures, made him one of the richest men in the planet.

Involvement in the assassination of JFK

H.L. Hunt was implicated in a number of scandals, the most well-known of which being the killing of John F. Kennedy. For a variety of reasons, he is suspected of being involved in the assassination.

Madeleine Duncan Brown, a rumored ex-lover of President Lyndon B Johnson, claimed to have been at a party at Clint Murchison Srhome .’s the night before the assassination of John F. Kennedy. Johnson was not the only notable guest at the party; Hunt and Richard Nixon were also present.

According to Brown’s account, Johnson met with several of the guys and promised her that the Kennedys would never humiliate him again starting the next day. He went on to say that it wasn’t just a threat, but a promise as well. This story made headlines across the country.

Jim Brading, a mafia guy with a long criminal past, was believed to have visited Hunt in his Dallas office the day before JFK’s assassination. Brading was discovered to have ties to Carlos Marcello, a suspect in the president’s death. Brading was apprehended shortly after the shooting because he was found to have taken the elevator into the Dal-Tex building shortly after the rounds were fired.

He was, however, freed after a short period of detention. Hunt earned a lot of bad press as a result of his affiliation with Brading.

H.L. Hunt had fifteen children and three women. Lyda Bunker was his first wife, whom he married in 1914. The couple had a total of seven children together. Hunt, on the other hand, was unfaithful to Lyda and is supposed to have married Frania Tye while still married to her.

This union resulted in the birth of four children. In addition, he had a connection with Ruth Ray, with whom he produced four more children. Hunt and Ruth tied the knot in 1957.
Hunt died on November 29, 1974, when he was 85 years old.

People thought Trivia Hunt was a bit arrogant and quirky. “Hello, I am H.L. Hunt, the world’s richest man,” he would say occasionally when introducing himself to strangers.

Despite becoming one of the world’s wealthiest individuals, there is no documented biography of him.

At the time of his death, his fortune was reported to be worth between 2 and 3 billion dollars, with a weekly income of more than 1 million dollars.