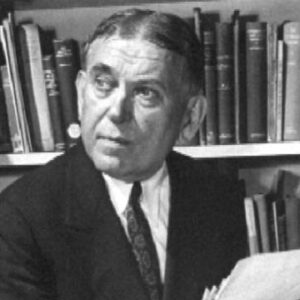 Mencken, sometimes known as the “Sage of Baltimore,” was a journalist, critic, satirist, and editor. He served as an inspiration for many notable writers of the 20th century, including F. Scott Fitzgerald, James Joyce, Sinclair Lewis, Eugene O’Neill, and F. Scott Fitzgerald. He was extremely critical of American culture, way of life, and democratic shortcomings. His magnum opus, “The American Language,” which was published in several volumes, tracked the development of American English. Similar to how Bernard Shaw was well-liked in England, Mencken was well-liked in America not just for his writings but also for his role in inspiring the literary movement in Harlem and the South. He was extremely critical of the KKK, chiropractors, other journalists, and politicians. He was harsh in his denunciation of Puritans. The unsettling worry that someone, somewhere, may be content was how he opposed Puritanism. The writings of French critic Remy de Gourmont and German philosopher Nietzsche strongly influenced him. He was influenced by Nietzsche, and in writings like “Notes on Democracy,” “A Treatise on the Gods,” and “A Treatise on Right and Wrong,” he showed his contempt for democracy and Christianity. Mencken protested the prohibition on his publication, “The American Mercury,” by calling for freedom of the press and expression, which led to his arrest. He was quite individualistic and open in his disdain for American society. The New York Times called him “the most powerful private citizen in America” because of his “caustic wit and bludgeon-like technique,” which could elicit either admiration or utter loathing.

August Mencken, the owner of a cigar factory, and Anna Abhau Mencken, a German-American, were the parents of Henry Louis “H. L.” Mencken.
His primary schooling was completed at Professor Knapp’s School. He graduated from Baltimore Polytechnic Institute at the age of 16.

He worked in his father’s cigar factory from 1896 to 1898. He left the factory since he didn’t like his job. He participated in a correspondence writing course through Cosmopolitan University that same year.

Shortly after his father passed away in 1899, he gave over the family business to his uncle and began pursuing a writing career.

He began working for the “Baltimore Morning Herald” in 1899 as a part-time reporter and quickly worked his way up to the editor.

The “Herald” went out of business in 1906, and Charles H. Grasty purchased it. He then started The Baltimore Sun, where Mencken served as managing editor from 1911 to 1915.
He also began his career as a literary critic while serving as editor of satirical publications like The Smart Set. He worked there between 1914 and 1923.

He co-founded the Alfred A. Knopf-published magazine “The American Mercury” in 1924 with the renowned American theatrical critic and editor Jean Nathan. He was an editor there at the time.

In America, the journal enjoyed enormous popularity. He gave his resignation from The American Mercury in 1933.
Due to his opposition to Franklin D. Roosevelt’s “New Deal,” which was an economic depression that lasted from 1929 to 1939, Mencken’s popularity declined during those years.

With the 1936 release of the fourth edition of his book “The American Language” and the Supplements that followed in 1945 and 1948, he was able to reclaim his popularity.

He began politics in 1948 by concentrating on Harry S. Truman’s victory in the general election.
He experienced a stroke in 1948 from which he never fully recovered.

His magnum opus, The American Language, which was published in 1919, chronicled the development of American common speech. His work was published again in 1936 and offered with supplements in 1946 and 1948, which greatly increased his popularity in the philology area.

His collection of critical work, titled Prejudices, was released in six volumes in 1919.
Mencken wrote about his personal life in his autobiographical trilogy, Happy Days (1940), Newspaper Days (1941), and Heathen Days (1943).

For his funny writings, he was awarded the Gold Medal for the American Academy of Arts by Belles Lettres and Criticism.
He is cherished and referred to as the “Baltimore Sage” in honor of his literary contributions.

He met Sara Haardt, an English professor at Goucher College, in 1923 while traveling to Baltimore for a lecture and immediately fell in love with her. He was eighteen years older than she was.

Mencken and Sara were engaged for seven years before getting married in 1930.
Throughout their marriage, Sara battled tuberculosis, and when she passed away in 1935 from meningitis, Mencken was devastated.

Her short stories were collected by Mencken, who then released them as Southern Album.

He suffered a terrible stroke in 1948, which completely destroyed his writing career.
He passed away from a heart attack on January 29, 1956, while he was sleeping.

After the 1967 passing of his younger brother, August, his residence at 1524 Hollins Street was gifted to the University of Maryland.

The home was bought by the city of Baltimore in 1983, and it is now preserved as a special event-only exhibit in the City Life Museum.

The estimated net worth of H. L. Mencken is unknown.

This journalist and critic from the United States founded the band “The Saturday Night Club,” where he played the piano.
The “Scopes Trial” was crucial to the “Baltimore Sage,” who advocated for science above superstition.