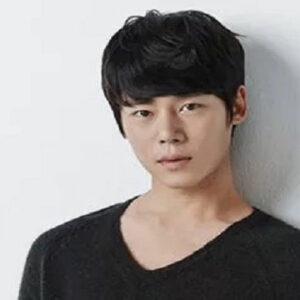 Popular South Korean TV and movie actor Han Joo-wan is well known for his appearances in the TV shows “Wang’s Family” and “Gunman in Joseon.” He was born and raised in Seoul, where he also began his acting career in the late 2000s with short films. He appeared in acclaimed independent films like “Suddenly, Last Summer” and “Exit.” The “Jeonju International Film Festival” praised “Exit.” He made his TV debut in 2013 with “Wang’s Family,” and the production propelled him to the heights of fame. After that, he became well-known because to the drama series “Gunman is Joseon.” Han was picky about the roles he took on. Having established a solid foundation in theater, he was quite picky about the caliber of his TV parts. Han made appearances in the critically acclaimed films “Devil’s Diary” and “Splendid Politics” in 2015. In the following few years, Han enjoyed tremendous critical and commercial success thanks to notable roles in the films “Blow Breeze” and “School 2017.” He was nominated for a “Excellence Award” at the MBC Drama Awards for his role in the series “Blow Breeze” and won the “KBS Drama Award” for “Best New Actor” for his work in “Wang’s Family.”

On January 10th, 1984, Han Joo-wan was born in Seoul, South Korea. He had aspirations to work in the South Korean entertainment industry since he was a little child. But what really set him apart from other hopefuls was that he was more interested in performing than in becoming well-known and wealthy.
While still in school, he began performing. He made the decision to join the theater, and it ended up changing his life. He began to learn quickly, and by the time he graduated from high school, he had developed into a respectable actor.

He enjoyed singing and doing sports in his spare time in addition to performing. He was physically fit and gave his diet a lot of thought.

He attended the “Seoul Institute of the Arts,” where he majored in drama, and graduated with a bachelor’s degree.

After graduating, he continued acting in plays. He began pursuing fresh and young filmmakers for collaborations somewhere in his mid-20s and took part in a couple of nominated short films.

In 2009, a role in the short film “A Young Stallman” resulted from his auditions. With “Broken Night” and “Suddenly, Last Summer,” Hans followed it. A short film called “Exit,” which was shown at the “Jeonju International Film Festival,” in particular earned a lot of praise.

He developed his acting abilities through his brief independent playing roles. He made the decision to follow a different path and only take on roles that he was interested in before stepping into more conventional assignments.

2013’s “Wang’s Family” proved to be a significant breakthrough and rapidly established him as a household name. Han portrayed the smart high school dropout “Choi Sang-nam.” The “Drama Special” episode “Yeonu’s Summer,” which was released that same year, was his next project.

Han won the “KBS Drama Award” for “Best New Actor” and garnered a great deal of praise for both of his performances. Han had a fantastic start in the business as a result.

He made his screen debut in 2013 with the popular action thriller “Hwayi: A Monster Boy.” Han portrayed the part of one of the former chairman’s close comrades, which was a minor position. Han also had an appearance in the short film compilation “Shorts Meets Shorts” in the segment “Exit.”

His first few gigs gave him the opportunity to familiarize himself with the business while also earning him a few more. One of these parts was for the 2014 television show “Gunman in Joseon.” In the historical drama, Han played a lonely orphan who falls in love with the daughter of his guardian, who views him as a brother.

The Tale of the Bookworm, the next “Drama Special,” came next. Han distinguished himself from his colleagues who only took on commercially viable roles with its complicated subject matter.

Han later appeared in a significant role in the historical romantic drama series “Splendid Politics.” The drama was well received. In the short-lived fantasy drama “Devil’s Diary,” where Han starred in as the lead, Han played a wicked extraterrestrial entity.

Han worked briefly on the love story “Blow Breeze” in 2016, which focused on the blossoming romance between a North Korean woman and a South Korean guy. He was nominated for the “Excellence Award” at the “MBC Drama Awards” because of it.

With yet another “Drama Special” episode titled “Twenty Thousand Won to Pyongyang,” he brought the year 2016 to a close. The show focused on the suffering of North Korean citizens and demonstrated how South Koreans can relate to them. Han received another nomination that year for the “Excellence Award” at the “KBS Drama Awards” for his performance.

Han portrayed a high school teacher who falls in love with a police officer in the South Korean teen drama “School 2017,” which focused on a group of impressionable youngsters. The show was well received by critics, and all of the actors, including Han, received additional praise for their performances.

Han had an appearance in the criminal thriller movie “The Prison” in March 2017. In the movie, an investigator locks himself up to get the truth about a case he’s been working on. Han’s acting in this mediocrely successful movie received positive reviews.
Han showcased his vocal prowess for the “Wang’s Family” soundtrack, his first drama. He sang the duet “That Person” with a castmate.

Being a private individual, Han Joo-wan has not yet disclosed any details regarding his romantic relationships. Despite the fact that there has been no confirmation of the supposed romance, he is rumored to be close to one of his co-stars, Lee Yoon-ji, and this has long fed the fantasies of his followers.

The estimated net worth of Han Joo-wan is about $1 million.