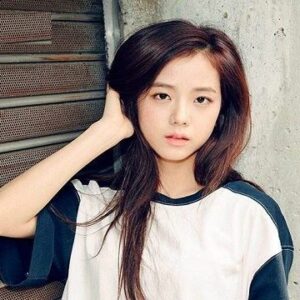 Singer and actress Han Seung-yeon is from South Korea. This stunning actress, also known as Seungyeon, is a talent powerhouse. She gained notoriety when she joined the girl group “Kara,” debuting as the group’s lead vocalist on the 2007 television program “M Countdown.” In 2009, she released her debut solo single, “Miracle.” When she joined the “Dream Team Girl Group,” she published a digital single called “Tomorrow” and recorded other songs including “Because of Love” and “Guilty,” which she later performed live while on tour. After breaking up in January 2016, “Kara” later announced that they would reunite and release a new album. In addition to modeling, Seungyeon has worked as a VJ. She hosted “Animal Farm” in 2011, “Boys & Girls Music Countdown” in 2008, and “MSL Break” in 2007–2008 as a VJ. In television series including “A Bit of Love” (2013), “Her Lovely Heels” (2014), “Secret Love” (2014), “Age of Youth” (2016), “Last Minute Romance” (2017), and “Age of Youth 2,” she has worked as an actress (2017). Additionally, she has appeared in a few films, including “Epic” and “Kara the Animation.”

On July 24, 1988, Han was born in Seoul, South Korea. Later, she relocated to the USA where she enrolled at Tenafly High School in New Jersey.
She left high school early to pursue a singing career. After that, she went back to South Korea and joined the group “Kara.”

She then passed the “College Scholastic Ability Test,” a certification exam, and entered at Kyung Hee University, where she majored in theater and film.

The career of Han Seung-yeon

Seungyeon had previously made appearances as a child actor in movies and TV shows like “Dead Ends” (1993), “Summer Showers” (1995), and “Star in My Heart” before joining “Kara” (1997).
As the lead vocalist of “Kara,” she launched her singing career in 2007. There were four girls in the group.

Seungyeon performed the lead vocals for “Kara” on “M Countdown” on March 29, 2007. After then, Seungyeon presented “MSL Break” in 2007, which gave her the chance to work as a VJ.
She was asked to co-host “Boys & Girls Music Countdown” with Kim Hye-sung and Kim Soo-hyun beginning in June 2008. She joined the cast of the MBC reality series “I Need a Family: Season 2” that same year, in which celebrities live as a unit.

She made her television debut on November 21, 2008, as a pop correspondent for the entertainment news program “Section TV.” MBC broadcast the show.
She released “Miracle,” her debut solo single, in 2009. She also appeared in the single “Come to Play” by rapper Nassun. She also contributed to the Why Did You Come to My House soundtrack.
She joined the “Dream Team Girl Group” in October 2009 for a Samsung advertising campaign. On October 6, the group made a digital single called “Tomorrow” available. On October 12, the music video for Lee Dong-song gun’s “Tomorrow” became accessible.

Seungyeon recorded a song titled “Super Star” for the “Mary Stayed Out All Night” soundtrack in 2010. Later, she appeared in a brief scene on MBC’s “More Charming By The Day.”
She also had a cameo appearance in Nicole Jung and Park Gyu-song ri’s “Round and Round” music video. “MBC Music Travel Lalala Live Vol.11” contained the song.

2011 saw the recording and release of another song by her titled “Because of Love” for the SBS television program “Warrior Baek Dong-soo.” She also had an appearance on the TV Tokyo program “URAKARA.”
She later played her songs “Guilty” and “Because of Love” in South Korea as part of the “Kara” music tour.

She made a second cameo in SBS’s “Salamander Guru and The Shadows” in 2012. She released the Japanese version of “Guilty” in September 2012.

The Korean version of Kara’s compilation album, “Kara Solo Collection,” included the song “Guilty” as well. On December 4, 2012, the album was made available in South Korea. On the MBC program “Music Core,” she gave a performance of “Guilty” on December 15, 2012.

She had an appearance in the 2013 drama “Pure Love” before taking on a supporting part in the historical drama “Jang Ok-jung, Living by Love.”

She starred in the motion picture “Epic” the same year as Mary Katherine. She also made an appearance in “Kara The Animation” as herself. She recorded songs including “Can Be Heard From The Stars,” “Should I Love Alone,” “Hello,” “Du Salam,” and “Should I Love Alone” in 2014.

She also appeared in the song “Talk About Love” with other musicians. After, she made a cameo in the song “First Love” from the album “DSP Special Album White Letter.”

She later made a few TV appearances, including ones in the episodes of “Her Lovely Heels,” “Jang Bo-ri is Here,” “Secret Love,” and “Guitar and Hot Pants.”
She and Lee Sang Gon collaborated on the recording of another track in 2015, named “From Now.”

‘Kara’ was dissolved in January 2016 as a result of the band members’ decision not to have their individual contracts renewed. But a new record by the group will be released, it was later revealed.
In Japan, Seungyeon published her extended play, titled “Uchuu.” Additionally, she released two singles, “U & I” and “Do You Remember?” Then she appeared in the JTBC television program “Age of Youth.”
She played the lead in JTBC’s “Last Minute Romance” in 2017. She also appeared in the same network’s “Age of Youth 2.”

She and Hong Jong-hyun shared the “Best Couple Award” in 2015 for “Her Lovely Heels” at the 9th Cable TV Broadcasting Awards.
She won the “Hallyu Star Award” at the 9th Korea Drama Award in 2016 for “Age of Youth.”

Han Seung-yeon was said to be dating her dance instructor in 2011, however, she never verified the rumors.

The estimated net worth of Han Seung-yeon is about $1 million.