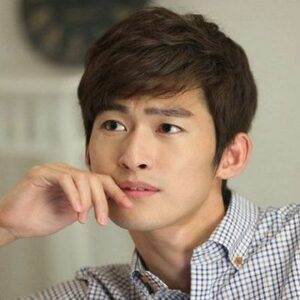 Hans Zhang is a Chinese actor, singer, and host best known for his performances in the Chinese drama series ‘Meteor Shower’ and ‘Meteor Shower II.’ Hans was not a particularly confident guy at the outset of his career, despite his desire to be an actor. He doubted his own acting abilities. He was also apprehensive about nudity and sexuality in front of the camera. In his opinion, this caused some perplexity regarding his job decision. However, it was a video that he produced that put him in the spotlight. The romantic short video won him a large fan base as well as a number of great reviews, boosting his confidence in his acting abilities, and he eventually chose to pursue his dream of becoming an actor. Hans has appeared in a number of television episodes and has also starred in a number of films. Interestingly, he had opportunities to display his singing talent during his acting career, providing vocals for the soundtracks of various television episodes in which he appeared.

Hans Zhang, a 2007 graduate of the Central Academy of Drama, aspired to pursue an acting career. He made a short love video that was an instant smash, based on the narrative of a ragged man. Despite his caution, this victory gave him the confidence he needed to pursue his passion.

In 2009, he got his big break when he was cast as ‘Murong Yunhai’ in the Chinese television drama ‘Meteor Shower.’ The show and Hans’ character proved immensely popular with the public, and he returned to reprise his role in the show’s sequel the following year. At the 2009 ‘Sohu TV Drama Season Review,’ Hans won the ‘Most Popular Actor’ title, as well as the ‘Most Promising Artist award at the ‘Tencent Star Awards.’

Later, he appeared in a number of successful television shows, including ‘The Queen of SOP,’ ‘Heroes in the Sui and Tang Dynasties,’ ‘Boss & Me,’ and ‘The Four.’ After his debut in 2008, he went on to star in a number of films. He starred in the Korean-Chinese animal film ‘Hearty Paws 2’ in 2010.

In 2014, Hans appeared on the travel reality show ‘Divas Hit the Road.’ He is also a vocalist who has performed multiple playbacks in some of the shows in which he has acted. ‘Picking Up Memories’ and ‘Stars’ Language’ from ‘Meteor Shower,’ ‘Be the friend who loves you from ‘The Queen of SOP,’ and ‘The Wind’s Promise’ from ‘Boss & Me’ are among his most popular songs.

Hans received the ‘Most Popular Actor award at the ’19th Shanghai Television Festival’ in 2013, and the ‘Asian Star Award at the ’10th Seoul International Drama Awards in 2015 for his performance in ‘Boss & Me.’

Hans Zhang was born on October 6, 1984, in Qiqihar, Heilongjiang, China, as Hans Zhang Han. He graduated with a major in acting from the Central Academy of Drama in 2003 and worked in a number of commercials before pursuing a career in acting. Guli Nazha, an actress and model, is his current girlfriend.

Hans is one of the wealthiest singers and one of the most popular. Hans Zhang’s net worth is estimated to be $1.5 million, according to Wikipedia, Forbes, and Business Insider.