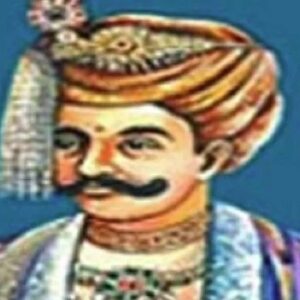 Harshavardhana, who was also called Harsha, was an Indian emperor who ruled from 606 to 647 over a large empire in northern India. He was Prabhakarvardhana’s second son and came from the Pushyabhuti Dynasty. After his father died, Rajyavardhana, his older brother, took control of the kingdom. But Rajyavardhana also died. He was probably killed by Shashanka, who was the king of the Gauda kingdom before the young Harsha took over. After the Gupta Empire fell apart in the middle of the sixth century, Northern India broke up into small republics and small states. Harsha united the small republics from Punjab to central India after he became king. He did this to make a large, unified empire. Under his rule, the empire grew a lot and grew to include the Punjab, Rajasthan, Gujarat, Bengal, Odisha, and the whole Indo-Gangetic plain north of the Narmada River. He proved to be a good leader and ran a kingdom where peace and prosperity were most of the time the norm. He liked to think about things, and his court was a place where art was made and shared. Harsha was a Mahayana Buddhist himself, and he was open to all Indic religions.

Harshavardhana was born around the year 590. His parents were Prabakaravardhana, the first important king of the Pushyabhuti dynasty, and Yasomati, his queen. He had an older brother named Rajyavardhana and a sister named Rajyashri. Rajyashri later married Grahavarman, who was from the ruling family of Kannauj and was a Makuhari.

When his brother died in 606, when Harshavardhana was only 16, he was made king. He made a deal with King Bhaskaravarman of Kamarupa and went to war with King Shashanka of Gauda to get revenge for the death of his brother. Even though he couldn’t beat Shashanka, he was able to save his sister, who was about to kill herself after escaping from the Malava king.

Since his brother-in-law Grahavarman didn’t have any sons, he declared himself the sole ruler of Kannauj and moved his capital there.

Over time, he was able to add to his kingdom the areas of Punjab, Rajasthan, Gujarat, Bengal, Odisha, and the whole Indo-Gangetic plain north of the Narmada River. He also tried to make his empire bigger in the south, but he was not successful.

He was a strong and fair leader who was known for being kind and smart. The economy did well while he was in charge, and the capital city of Kannauj became a great place to do business.

He cared a lot about the poor people in his empire and built rest houses all over it where they could get food, drink, and medicine. He often went on trips around his kingdom to see how the people were doing. His rule was mostly peaceful and good for the people.

Under his leadership, the economy became more independent and more like a feudal system. Over time, trade and commerce started to get less and less. The decline in trade and commerce also hurt other industries, so more and more people had to rely on agriculture.

Harsha kept good relations with Emperor Taizong of the Tang Dynasty in China while he was king. Xuanzang, a Chinese pilgrim, lived in India for a few years. After he went there, Harsha sent a mission to China to set up the first diplomatic ties between China and India.

He was a smart person who invited artists and scholars to his court with open arms. As a supporter of art and literature, he gave the University at Nalanda a lot of money. He had a tall wall built around all the buildings of the university to protect it from attacks from the outside.

He was born a Hindu, but as a young man, he changed to Buddhism. In 643, he held a Buddhist meeting at Kannauj. Twenty kings and tens of thousands of pilgrims were there.

Harsha was also known for his writing. He composed three Sanskrit dramas—Nagananda, Ratnavali and Priyadarsika. Bana, a famous writer, was his court poet, and he also supported scholars like Haridatta and Jayasena.

King Harsha made a large kingdom out of several small republics in Northern India. When he was at the top of his power, he was able to rule over Gujarat, Bengal, Punjab, Rajasthan, Odisha, and the entire Indo-Gangetic plain to the north of the Narmada.

He was married to Durgavati, and the two boys Vagyavardhana and Kalyanvardhana were their children. Arunashwa, a chief minister in Harsha’s court, killed both of his sons.

In 647, Harsha died after being king for 41 years. He didn’t leave any children behind because both of his sons died. When he died, the empire fell apart.