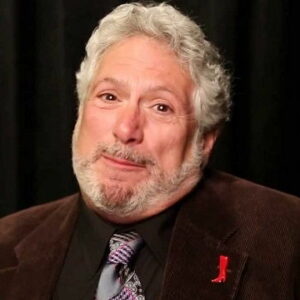 Harvey Fierstein is an American playwright and actor who is openly gay. He is known for his unconventional and bizarre performances, which not only make people laugh but also show that gays and lesbians are an important part of modern society. He grew up in a normal middle-class family. His collection of plays, “Torch Song Trilogy,” which he wrote and acted in, brought him to fame. In the early 1980s, the plays that won him two prestigious Tony Awards were about the life and loves of a gay drag queen. At that time, homosexuality was still seen as a taboo subject, but Fierstein had the courage and creativity to talk about it in his plays. He was one of the first well-known people to say that he was gay. He was a risk-taker who didn’t think twice about playing a lesbian maid in his first play, Andy Warhol’s “Pork,” in 1971. He was a versatile actor who won many awards for his role as Edna Turnblad, the mother of the main character in the musical “Hairspray.” He has also been in a number of movies, such as “Garbo Talks,” “Duplex,” “Mrs. Doubtfire,” and others. He is known for having a gravelly accent, and his voice has been used for different characters on shows like “The Simpsons,” “Mulan,” and “Family Guy.”

Harvey Fierstein was born to Jacqueline Harriet, a librarian, and Irving Fierstein, a man who made handkerchiefs. He was the younger of the two sons they had.

In high school, he took writing classes and put on drag shows. He also did drag shows at small clubs under the names “Virginia,” “Kitty,” and “Bertha.”

In 1971, he got his first big break when he was asked to play a lesbian with asthma in “Pork,” one of Andy Warhol’s few stage shows. The play was first shown at the La Mama Experimental Theater Club in New York.
Soon after, he started writing his own plays. In 1972, his first play, “International Stud,” was put on at La Mama. The play was well-liked by gay people because it was about a drag queen.

He decided to keep going to school, so he enrolled at the Pratt Institute in Brooklyn. In 1973, he got his bachelor’s degree in fine arts from there. He was a teacher for a short time before going back to writing and acting.

During the 1970s, he wrote, rewrote, and made up new parts for his plays. He also acted in many of them. He wrote two plays, “Fugue in a Nursery” and “Widows and Children First!,” which he later put together to make a collection of plays.

In 1982, he put together three of his plays—”International Stud,” “Fugue in a Nursery,” and “Widows and Children First!”—to make the “Torch Song Trilogy,” which was about a drag queen named Arnold Beckoff who sang torch songs. The play was very well-liked.

The play “Torch Song Trilogy” (1982), which he wrote and acted in, is his best-known work. It was about a gay drag queen named Arnold and his search for love and a family. The play is kind of autobiographical because it is based on Fierstein’s own hopes and struggles.

He wrote the award-winning book for the musical “La Cage aux Folles,” which debuted on Broadway in 1983 and was put on again in 2004 and 2010. The play was about a gay couple and the funny things that happen when they have guests who are not gay.

In the musical “Hairspray” from 2002, he played a fat woman, and the audience liked him right away. The play was mostly a comment on the social problems in the United States in the 1960s.

In 1983, he won two prestigious Tony Awards for his play “Torch Song Trilogy.” One was for Best Play, and the other was for Best Performance by a Leading Actor in a Play.

He is a gay man who has dated Bruce Bibby and Joe Grabarz.
He is a strong supporter of gay rights and also writes about them.

American actor and playwright Harvey Fierstein has a net worth of $20 million. Harvey Fierstein is best known in the theater world for making shows like “Torch Song Trilogy,” “La Cage aux Folles,” and “Kinky Boots,” and for starring in the original Broadway production of “Hairspray.”

He has also done voice work for some video games.
Danny DeVito, who is an actor and director, is a good friend of his.
Ronald K. Fierstein, who is his brother, makes movies.