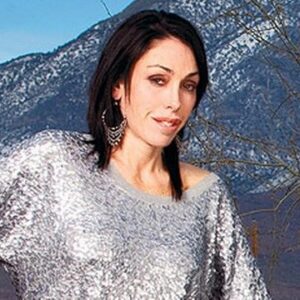 American writer, reality TV star, sporadic actor, and former madam Heidi Fleiss also writes for magazines. The “Hollywood Madam” is another name for her. She started a high-class prostitution network after dropping out of high school and was born in Los Angeles, California. It served celebrities like Charlie Sheen. She was accused of pandering in 1993, and after being found guilty the following year, she was sentenced to three years in prison. In 1995, a biographical documentary titled “Heidi Fleiss: Hollywood Madam” was also made. The movie, which was made by Nick Broomfield, explored if she is indeed a horrible person as well as the circumstances that led her to make the decisions she did. One of the year’s best movies, according to critic Roger Ebert. She has additionally made appearances in a few movies and reality TV programs. She starred in the science fiction movie “Alien 51.” Critics gave the movie unfavorable reviews.

At the age of 22, Heidi Fleiss took over the management of a prostitution ring not long after she met the director Ivan Nagy. She started off working for the reputable Madam Alex. She spent some time as a prostitute as well to get a full understanding of the industry. She also made an attempt to take over Alex’s company at the same time. Her duties included finding new prostitutes for the ring because the majority of the existing ones were on their way to retirement and were young, attractive ladies.

Fleiss established her own prostitution business quickly. She later claimed that it took her just four months in the firm to make a million dollars. However, she was accused of numerous criminal offenses, including attempted peddling, and was arrested in June 1993.

She was accused of three charges of pandering after the case went to trial, and she was ultimately found guilty of all three. She was then given a three-year prison sentence, but her conviction was overturned on appeal in 1996 because the jury had also acknowledged vote trading and other violations. The following year, she was tried in federal court and found guilty of both tax evasion and money laundering. She received a 37-month prison term, which she completed in the Dublin, California-based Federal Correctional Institution.
The media covered her cases extensively, and there were rumors that she would divulge the identities of her clients. But in response to a question from the media, she said that wasn’t her style.

Fleiss planned to start a brothel in Pahrump, Nevada, but it ultimately fell through. She started a couture business and a laundromat in Los Angeles called “Dirty Laundry.”

She has appeared in many movies as an actor. She made her acting debut in the black comedy “The Doom Generation,” where she played a small role. The movie was a financial failure and received conflicting reviews. She has also starred in numerous movies, most notably in the science fiction movie “Alien 51.”

In 1995, a film titled “Heidi Fleiss: Hollywood Madam” was filmed about her life. Later, ‘Call Me: The Rise and Fall of Heidi Fleiss’, a TV film, was also produced.

On December 30, 1965, Heidi Fleiss was born in Los Angeles, California, in the US. Paul M. Fleiss and Elissa Fleiss were her parents. Jesse and Jason were her two brothers; Jason passed away in 2009. Amy, Kim, and Shana are the names of her other three sisters.

She was dating Bernie Cornfield before starting her prostitution business. Later, she dated Dennis Hof and Tom Sizmore.

The former madam, columnist and television personality Heidi Fleiss is American and has a net worth of $1.5 million. Fleiss, also known as the “Hollywood Madam,” is best known for being the boss of a posh prostitution ring in Los Angeles and spending time in jail for tax evasion. In addition to her two books, “Pandering” from 2002 and “The Player’s Handbook: The Ultimate Guide on Dating and Relationships,” Heidi also wrote the “Ask Heidi” column for Maxim magazine. Fleiss has recently owned and operated the Flying S Ranch Ultralight Flightpark in Pahrump, Nevada, as well as an exotic bird sanctuary.