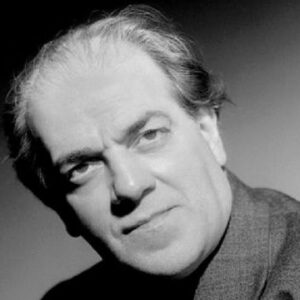 Heitor Villa-Lobos is one of the most praised and loved Brazilian composers of all time. His music not only summed up the many different things about Brazil, but also showed it in all its variety, creativity, and energy. His orchestral, chamber, and instrumental pieces are a clever mix of classical music from the West and Brazilian folk music. His music stood out from others because it was a beautiful mix of many different styles. During his 50-year career as a musician, Villa-Lobos wrote more than 2,000 pieces of music, but “Bachianas Brasileiras” was his best-known and most-loved work. “Villa-Lobos remains one of the most unique and colorful figures in 20th-century music,” says John W. Duarte. “He took what he wanted from the music he heard floating in the air and twisted it to his own very personal ends, one of which was to show a panorama of all parts of his home country.” He made a place for himself in the music world that very few other musicians could ever hope to fill.

Heitor Villa-Lobos was born into a wealthy family in Rio de Janeiro. Raul’s father was a librarian, a musician, and a person who liked to learn about astronomy. Most of what Villa Lobos knew about the music he learned from his father, who was a good amateur musician in Rio.

After his father died tragically in 1899, his mother told him over and over again to become a doctor. But he didn’t listen to what his mother said and went ahead with his musical dreams, playing at parties, on the street, and in cafes to make money for his family.

After a few years, he was a pro at playing the cello and started making money by playing in cafes. From the time he was eighteen to the time he was twenty-five, he lived a very Bohemian life, traveling around the countryside of Brazil to listen to the music of the native people there.

Later, he went to the National Institute of Music in Rio de Janeiro, where he was able to improve his style of music. Villa Lobos was lucky to be born into a musical family. Every weekend, they would have musicians over and listen to recitals late at night. Even though his family wanted him to go to medical school, he was set on becoming a musician.

He started playing the cello, clarinet, and guitar when he was very young. He played music in cafes and at parties. At that time, African, Portuguese, and Amerindian cultures had a big impact on Brazil’s culture. Villa Lobos took all the interesting parts of the different cultures and put them together to make a sound that was unique.

It was something different, and people had never heard such a mix of styles in classical music before. When he was 18, he went to the Amazon. There, he learned about early music and later used some of those sounds in his own music.

His work was judged differently in his home country. Some people didn’t know what to make of the piece, but a few others liked the new feel and liked the idea.

As soon as he turned 30, he decided to move to Paris, the cultural center of Europe, in the hopes of making it big there. It was a place where every musician, artist, or writer would do anything to play or at least show-up. His decision was also influenced by how people in his home country didn’t like his music and how many arguments there were about it.

His music was liked by the French because it seemed new and different from what people in Europe were used to hearing. The artistic people who lived in Paris supported and liked Villa Lobos. The French already knew about the composer because they had heard his music played by his fellow Brazilians or by European musicians who had met Lobos in Brazil.

The French said that his music was colorful, rhythmic, and strange to understand, so it was a good fit for Paris in the 1920s. He went back to Brazil in 1930, to Sao Paulo, for a concert. Because music education in schools was so bad, he ended up staying there for two years.

As a way to fix this problem, he came up with a new plan and became the Director of Musical and Artistic Education in Rio. After that, he got the fame that no one had given him before. He became known all over the world as the face of Brazilian music.

In November 1944, he went to the U.S. to play with the Boston Symphony Orchestra. After going to New York and Los Angeles, he went back to Paris. In 1948, he was told he had cancer and had to go to the U.S. for surgery. After that, he did most of his jobs, including a guitar concert for the famous guitarist Andre Segovia.
Contributions

“Assobio a Jato” (The Jet Whistle), a fantasy piece for flute and cello, was one of his contributions. It was written in New York in 1950 and played in Rio de Janeiro on March 13, 1950. This piece was written for Elizabeth and Carleton Sprague Smith, and it was a beautiful example of how low and high voices in instrumental duets can work together to make something beautiful.

In the end, Villa Lobos went back to Brazil to make his mark on music in his own country. For this, he had put together a large singing group with people from every social class in the city of Sao Paulo. He was also asked by the government of Rio de Janeiro to set up how music is taught in schools there.

After Vargas lost power in 1945, Villa Lobos was once again able to travel. He went to Paris, the United States, Great Britain, and Israel. Even though his health was getting worse, he took on many jobs during these trips and did some of them.

Orchestral works like Amazonas and ballet are major works (1917)
Uirapuru, a symphonic poem (1917)
The symphonic poem, Erosão, Erosion (1950)
Emperor Jones is a ballet (1956)
Profane Cantata, Mandú-Cárárá (1940)
Papagaiodomoleque, a symphonic episode, The Kite of the Guttersnipe (1932).

The Papagaio, also known as an Amazonian Parrot, is thought to be one of the many Brazilian birds that show up in a Villa-Lobos score.

1932: He was named Director of Musical and Artistic Education.
1943: Got an honorary doctorate in music from both New York University and Los Angeles University.
The Brazilian Institute of Education, Science, and Culture gave him a prize in 1947.

In 1912, he married Lucilia Guimaraes, a pianist, and began to think about his music career more seriously. He made a living by playing the cello in orchestras for parties and events all over the city. In 1913, he started to publish his works, and from 1915 to 1921, he wrote chamber concerts every now and then.

In 1936, when he was 49 years old, he had an affair with a musician named Arminda Nevesd’ Almeida. She was also a musician, and she had a big impact on Villa Lobos. He died with her by his side. Even though he was still married to his wife, Arminda took her last name, Villa Lobos.

Some of his works, like “Ciclobrasileiro” and many more, were written for Arminda. After he died in 1960, Arminda took over as Director of the Museu Villa-Lobos, a job she held until her death in 1985.

Villa Lobos did a good job of making a path that made the musicians think outside of the box. After this, classical music composers tried to make up for their broken vocabulary by putting together parts from different cultures. This made the music that was being played to audiences better and more interesting.

Aaron Copland and Leonard Bernstein, two American composers, were very influenced by this person, and they saw Villa Lobos’s music as a new way to look at the musical language of the New World.

Heitor is one of the wealthiest composers and is on the list of the most famous composers. Heitor Villa-net Lobos’s worth is about $12 million, according to our research, Wikipedia, Forbes, and Business Insider.