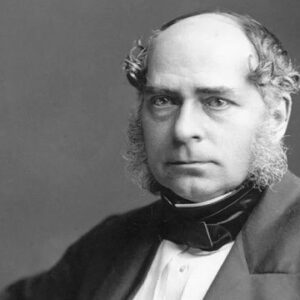 Henry Bessemer was a well-known English engineer and inventor whose contribution to the manufacture of steel ushered in a new era in the iron and steel industry. Since a young age, he has been fascinated with the creation of new objects. His father, who was also an inventor, played a significant role in this. His family’s financial circumstances prompted him to drop out of school, and he learned through his experiences working with his father. He built various machines that had practical uses thanks to his natural ability to solve difficulties. His inventions include a movable stamp, a sugarcane crushing machine, a bronze powder manufacturing machine, and graphite for pencils. Bessemer’s biggest achievement, however, was the invention of the Bessemer steel-making process. He designed a furnace that allowed oxygen to be blasted over molten iron to oxidize the impurities. It also has a system in place to capture any by-products generated throughout the procedure. Bessemer was never one to back down in the face of adversity, and when his design for the Bessemer converter was panned, he opted to make his own iron. After the furnace gained popularity, more ironmasters began to emulate his method of producing steel, rendering pig iron and cast iron obsolete in the construction business. Read the following biography to learn more about his life and work.

Henry Bessemer was born in Charlton, England, on January 19, 1813, the son of Anthony Bessemer. His father was a type founder by trade, and he also invented a few things.

Due to a financial difficulty, Bessemer had to drop out of school to help his father with his business. He learned about metallurgy while working with his father, and he received most of his education on the job.

A Career of Henry Bessemer

Bessemer was the inventor of the first movable stamps that could be used to date documents, and he had a knack for inventing objects from an early age. He improved the typesetting machine and built a machine that produced graphite for pencils.
He also used his ingenuity to create a model of sugarcane crushing equipment that was extremely efficient.

The machine that could make bronze powder was Henry’s breakthrough invention that catapulted him to fame. He began simplifying the production process after a thorough examination of the bronze powder facility in Nuremberg.

His cost-effective design allowed him to cut down on the costs of producing bronze powder. As a result, he was able to sell his product for a lower price than the market average, resulting in huge profits.

Despite the fact that the company was not financially sustainable, Henry gained valuable experience manufacturing furnaces during this period, which he would use in his future endeavors.
When Bessemer learned of the challenges afflicting the armament industry, he turned his attention to metallurgy.

He worked on developing a cost-effective and efficient technique of making steel from 1850 to 1855.
He created the Bessemer converter, which could be used to oxidize molten iron and remove impurities in the process, using his furnace experience.

The resulting steel was of excellent quality and could even be mass produced.
The steel-making technique was dubbed the “Bessemer process” and was patented in 1855. After that, Henry worked with a number of blast furnace owners to provide them permission to use his technology to create steel.

Faced with a variety of challenges, the initial procedure was amended and many adjustments were implemented, but investors had lost faith in the process by that time. Bessemer subsequently decided to get into steel manufacturing on his own and founded a steel mill.

In partnership with ‘W & J Galloway & Sons’ and other partners, ‘Henry Bessemer & Co.’ was created. After the manufacturing gained traction, competitors began looking for Bessemer process licenses. His invention’s rising popularity earned him almost a million pounds in royalties alone.

This brilliant innovator devised a ship design that includes a suspended stateroom supported by gimbals to aid patients suffering from seasickness during stormy waves. The SS Bessemer, a steam ship, made its first voyage in 1875 and suffered damage along the way. The ship was eventually scrapped because no one was interested in investing in the project.

Henry Bessemer was a brilliant inventor with numerous patents to his name, but his most significant contribution was the Bessemer steel-making process. His low-cost process changed the iron and steel business by allowing steel to be mass-produced in large quantities. Steel was eventually employed in building instead of wrought iron or pig iron because it was stronger and more durable.

For his contributions to science, the pioneering innovator received numerous honors. He received the title of knighthood in 1879 and was even inducted into the Royal Society of London.
In 1895, the ‘American Academy of Arts and Sciences’ honored this brilliant scientist by electing him as a Foreign Honorary Member.

Henry is one of the wealthiest entrepreneurs and one of the most well-known. Henry Bessemer’s net worth is estimated to be $1.5 million, according to Wikipedia, Forbes, and Business Insider.

On March 15, 1898, in London, this great engineer died, leaving behind his son Henry Bessemer.
One of the oldest types of Bessemer converter is on display at Sheffield’s Kelham Island Industrial Heritage Museum.
A street in Hitchin, England, and another in Rotherham are named for the legendary inventor.