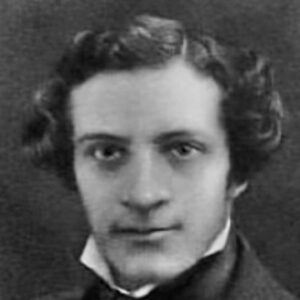 Henry Gray was an anatomist and surgeon from England who is best known for his book ‘Gray’s Anatomy.’ He was born in the first part of the nineteenth century and earned his medical education at St. George’s Hospital Medical School, where he remained throughout his brief career. He was a diligent student who learned anatomy by performing each dissection himself, which was rather unusual back then. As a result, he became an expert in his field and began writing articles while still a student. He was elected a Fellow of the Royal Society at the age of 25, and by the age of 26, he had received numerous important honors. He began working on a thorough anatomy book with his friend Henry Vandyke Carter when he was 28 years old, which spanned 750 pages and had 363 illustrations. He then moved on to pathology, where he authored a number of studies. He also became interested in tumors and is thought to have published key treatises on the subject. Unfortunately, he died of smallpox before completing his tumor research. He was only 34 years old at the time.

Henry Gray was born in 1827 in Belgravia, London. His father’s name is unknown, but he served as a confidential messenger to King George IV and, after his death, to King William IV. His mother’s identity is unknown. One of their four children was Henry.

Two of his siblings, a sister and a brother, passed away while they were little. Thomas William Gray, his surviving brother, had two daughters, one of whom left some basic information about his past. He also had a nephew named Charles Gray, who was most likely his brother’s son.

Those who knew Gray back then remembered him as a meticulous and thorough worker. He is also supposed to have learned anatomy by dissecting each organ himself rather than watching others do it as was the custom at the time.

Gray also published a number of papers while still in school. One of them was 1848’s ‘The Origin, Connexions, and Distribution of Nerves to the Human Eye and Its Appendages, Illustrated by Comparative Dissections of the Eye in Other Vertebrate Animals.’

Gray completed his medical education and became a member of the Royal College of Surgeons in 1849. After that, he worked as a house surgeon at St. George’s Hospital for a year, starting in June.

Gray was appointed a demonstrator of anatomy at the St. George’s Hospital in 1852, after completing his tenure as a house surgeon there. In the same year, he published two key publications in the Royal Society’s ‘Philosophical Transactions,’ a science journal.

His first paper, titled ‘On the Development of the Retina and Optic Nerve, as well as of the Membranous Labyrinth and Auditory Nerve,’ was based on his research on chick embryos. In it, he demonstrated how the retina grows from a brain projection.

The adrenal glands, thyroids, and spleen were all discussed in his second article, ‘On the Development of the Ductless Glands in the Chick.’ These writings had such an impact on the academic community that he was named a Fellow of the Royal Society the following year. At the time, he was only 25 years old.

Gray was appointed as an anatomy lecturer in 1853. With the help of a Royal Society grant, he was able to continue his research on the spleen, undertaking chemical and ligaturing tests on its blood.

His experiments resulted in a thesis titled ‘The Structure and Use of the Spleen,’ which became one of his most important writings. It was published in 1854 and includes not only his own observations, but also a survey of prior spleen publications.

In 1855, he began to consider writing an anatomy textbook for medical students that would be both economical and accessible. He then pitched the idea to his colleague Henry Vandyke Carter. It was determined that Carter would draw each organ while Gray wrote the text.

However, they needed to re-examine the organs for such an endeavor. They took advantage of the 1832 Anatomy Act, which permitted doctors, anatomy lecturers, and bona fide medical students to obtain unclaimed bodies from workhouse and hospital mortuaries and dissect donated bodies without fear of being prosecuted.

Gray and Carter worked on them for 18 months, dissecting bodies in order to get intimate understanding of human anatomy. Finally, in 1858, John William Parker released ‘Anatomy: Descriptive and Surgical’ in London, and it was an instant success.

Later, he became interested in pathology and published several studies on the subject. He was also the curator of the St. George’s Hospital Museum and a surgeon at St. James’ Infirmary at this period.

‘Anatomy: Descriptive and Surgical,’ by Henry Gray, is his most famous work. Despite the fact that other anatomy books were widely available, it was an instant bestseller thanks to its clear wording and logical organization of themes as well as Carter’s 363 pictures.

The book was originally published in 1858 in the United Kingdom and 1859 in the United States of America. Gray updated the text once more, and the second version was released in 1860.

Following his death, the book was rewritten and reprinted as ‘Gray’s Anatomy,’ with the most recent (41st) version published in September 2015. It is largely recognized as the most essential work on anatomy even now.

Another of his key publications is ‘The Structure and Use of the Spleen.’ He described the lymphatics, nerves, and circulation in the spleen, as well as establishing the origin of the spleen from the dorsal mesogastrium, a finding incorrectly credited to Johannes Müller.

For his paper ‘The Origin, Connexions, and Distribution of Nerves to the Human Eye and Its Appendages, Illustrated by Comparative Dissections of the Eye in Other Vertebrate Animals,’ he received the Royal College of Surgeons’ Triennial Prize in 1848.

He was elected a Fellow of the Royal Society in 1852 and afterwards to the Royal College of Surgeons.
Gray was given the Astley Cooper Prize in 1853 for his paper ‘The Structure and Use of the Spleen,’ which was worth three hundred guineas.

Henry Gray was engaged to be married in 1861. Regrettably, he passed away before the wedding could take place.
Charles Gray, Henry’s ten-year-old nephew, contracted small pox, a terrible ailment in those days, sometime in 1861.

Henry cared for him 24 hours a day, seven days a week. Despite the fact that Charles recovered, Henry contracted the most severe form of smallpox.

The lesions were stated to be so numerous that they couldn’t be distinguished from one another. He died of the sickness on June 13, 1861, and was buried in London’s East Highgate Cemetery. At the time of his death, he was only 34 years old.

Henry Gray has a net worth between $3 million and $5 million.

Gray was considered for the position of assistant surgeon at St. George’s Hospital in 1861, but he died the day before the interview board.

He also began focusing on tumors near the end of his life and began producing substantial treatises on the subject. Regrettably, the document was never discovered. It must have been destroyed together with all other items by health inspectors, as was the custom at the time.