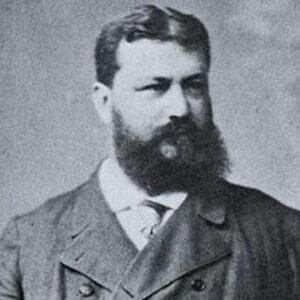 Henry Hobson Richardson was one of the most prominent 19th-century American architects. He launched the Romanesque revival in the United States and remained a pioneer in developing and popularizing the medieval style of architecture, which became known as “Richardsonian Romanesque” after his name. The majority of English architects, including Edward Godwin, William Burgess, and William Butterfield, employed the ‘High Victorian Gothic style, which is reflected in his early works. ‘Cheney Building’ in Hartford, Connecticut; ‘Grace Church’ in West Medford; ‘Town Hall’ in Brookline; ‘Hampden County Courthouse’ and ‘North Congregational Church’ in Springfield are examples of Richardson’s early works that exemplify this style. His portfolio consists of commercial structures, community libraries, academic buildings, municipal structures, and a number of private dwellings. His designs were characterized by basic shapes and horizontal lines and were heavily influenced by the ‘Byzantine’ or ‘Romanesque’ style, which set him apart from his peers. The ‘Trinity Church’ in Boston, the ‘Thomas Crane Public Library in Quincy, Massachusetts, the ‘Old Colony Railroad Station’ in North Easton, Massachusetts, the ‘Converse Memorial Building/Library in Malden, Massachusetts, and the ‘John J. Glessner House’ in Chicago, Illinois, are among his most notable works. Many structures afterward designed by other architects bear an eerie resemblance to his concepts and style. The ‘Wellesley Farms Railroad Station’ in New York’s ‘Orchard Park’ and the ‘Castle Hill Light’ in Newport, Rhode Island are examples of such replicas.

He was born on September 29, 1838, in St. James Parish, Louisiana, on the Priestley Plantation to Henry Dickenson Richardson and Catherine Caroline Priestley.
His father was a merchant of cotton. Joseph Priestley, his great-grandfather, was a philosopher and inventor who is credited with discovering oxygen.

He was partially raised in a red-brick home created by Alexander T. Wood, the architect of the United States Custom House in New Orleans, in Julia Row, New Orleans.

He desired to enroll at West Point, but his speech impairment prevented that. He attended ‘The University of Louisiana’ before enrolling in ‘Harvard College’ in February 1856. Even though he was not an exceptional student, the friendships and associations he formed there played a significant influence on his professional success. Additionally, he attended Tulane University.

Before the Civil War, there were no architecture schools in the United States, so he traveled to Europe to pursue his interest in architecture.
In November 1860, he was accepted as a student at the elite ‘École des Beaux-Arts’ in Paris as a result of his proficiency in French, a result of his upbringing in part in Louisiana, and his months of preparation.

He attended the school until 1862 when he was forced to leave because the American Civil War cut off his family’s financial assistance.
After that, he studied intermittently while working as a draftsman in the offices of architects J. I. Hittorf and Theodore Labrouste.

He returned to the United States in 1865 and lived in New York in October of that year.
In 1867, he partnered with Charles D. Gambrill, an architect with whom he became acquainted in Paris. The duration of the partnership was eleven years.

Although he has worked on a number of projects, he was unsatisfied and sought out more imaginative and demanding assignments. John Ruskin and William Morris influenced him to build a personal style that represented a Gothic aesthetic.

With the ‘Brattle Square Church’ (1869) in Boston (now ‘First Baptist Church’), he developed a more polished style, where he initiated Romanesque revival style ideas. In 1870, it won him a design competition.

In 1869, when he constructed the ‘New York State Asylum’ in Buffalo, New York, which was the largest project of his career, Richardson’s distinctive style, which eventually became known as the ‘Richardsonian Romanesque’ style, emerged. This was the first of many projects he collaborated on with Frederick Law Olmsted, the founder of American landscape architecture. The site is currently a National Historic Landmark and has been renovated since 2009.

In 1872, he completed the ‘Trinity Church’ in Boston, Massachusetts, in conjunction with ‘Norcross Brothers,’ an engineering and construction business with whom he collaborated on over thirty projects. The church created for the legendary preacher Phillips Brooks became one of the most influential Episcopal churches in the United States.

In 1874, he purchased a home in Brookline, Massachusetts, where he also established his studio and office. Most of his later years were spent here.

He created a series of modest public libraries with a more traditional and ethnic appearance, clean rooms, and simple and natural ventilation, which were later imitated by several architects. The best of them is the 1880-built Thomas Crane Public Library in Quincy, Massachusetts, which is also a National Historic Landmark.

Japanese architecture, which he learned about from Harvard biologist Edward S. Morse, inspired him. The design of the ‘Old Colony Railroad Station’ (1881) in North Easton, Massachusetts, exemplifies his blending of Japanese architecture into his railroad station buildings, nine of which were for the ‘Boston & Albany Railroad’.

The most notable of the family homes he created was the legendary ‘John J. Glessner House’ (1885 – 1887) in Chicago, Illinois, which is now a ‘National Historic Landmark’

The ‘Trinity Church,’ which is now a ‘National Historic Landmark,’ solidified his reputation as an exceptional architect. Even though there were traces of Byzantine, Spanish, and French Romanesque styles, the Richardsonian element was more prominent than the Romanesque element. Throughout his life, he received several other significant tasks due to his efforts. The church’s innovative design won him the 1972 design competition.

He wed Julia Gorham Hayden on January 3, 1867. The couple produced six offspring.
On April 27, 1886, he died following a prolonged bout with ‘Bright’s sickness’ while he was at the pinnacle of his career with several unfinished commissions.

On his last day, he handed these projects to his three assistants. They then established the architectural firm of Shepley, Rutan, and Coolidge and continued his unfinished work. The Marshall Field Wholesale Store in Chicago and the Allegheny County Courthouse in Pittsburgh were two such undertakings.

Even though he was a prominent architect of his time with a substantial income, his financial irresponsibility resulted in him leaving his family with virtually little.
Richardson was interred at the ‘Walnut Hills Cemetery in Brookline, Massachusetts.