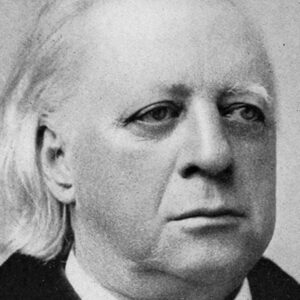 Henry Ward Beecher was a respected Congregationalist pastor, speaker, and social reformer in the United States. His calculations and beliefs about slavery’s abolition and God’s unconditional love have made an enduring mark on American history. His sermons extolled the value of God’s charity over punishment, and his remarks provided a welcome break from the customary somber tributes with fun and slang. He gathered monies to free men and women from slavery and supported the “Union” during the Civil War. Unlike other pastors who questioned evolution, Henry Beecher defended it, claiming that it did not contradict Christian faith. He fought for reforms necessary for social upliftment as an ambassador for women’s suffrage and a supporter of the Temperance Movement. He was suspected of being a womanizer, despite his work, and was said to have had an affair with a woman named Elizabeth Tilton. The news spread quickly through all forms of media, and Elizabeth’s husband, Theodore Tilton, accused Beecher of infidelity. The case was carefully followed by the media, and it became one of the most widely covered trials in the United States.

Henry Ward Beecher was born on June 24, 1813, in Litchfield, Connecticut, to Lyman Beecher, a strict Congregationalist clergyman. His mother Roxana Foote died when he was three years old, and his father eventually married Harriet Porter.

He was the eighth of thirteen children born to his parents. Some of his siblings went on to become well-known authors, educators, and campaigners, the closest of whom was Harriet Beecher Stowe, author of the anti-slavery novel ‘Uncle Tom’s Cabin.’

The Beechers avoided forms of entertainment such as dancing, theater, and festival celebrations. Prayer meetings, seminars, and religious services occupied their days. The Beecher children’s only other source of enjoyment was listening to their father play the violin.

Henry’s father had hoped that he would follow in his footsteps. His boyhood, on the other hand, was difficult since he frequently stammered, which was an evident fault for a pastor. He would be reprimanded every now and then since he was unable to deliver academically.

At the age of fourteen, he enrolled in the ‘Mount Pleasant Classical Institution’ in Amherst, Massachusetts, where he was schooled as an orator. At the institute, he met Constantine Fondolaik, who became a classmate and longtime friend.

He went to Amherst College after obtaining his oratorical instruction there. After graduating from the college with a bachelor’s degree in 1834, he went on to the ‘Lane Theological Seminary,’ where he earned a divinity degree in 1837.

He was granted a license to preach as a result of his degree. He used to draw large crowds due to his charismatic speaking abilities. He spoke in an entertaining manner, restoring many listeners’ faith. He was soon inundated with proposals from prestigious churches across the country.

He went on to become a minister in Lawrenceburg and Indianapolis. He was an outspoken opponent of slavery in his early years.

In 1844, he gave a speech titled ‘Seven Lectures to Young Men,’ which was aimed at the youth. His speech was intended to raise awareness about the dangers that exist in frontier communities.

Despite the fact that he was a prominent person who gave daily talks and sermons, he struggled financially in his early years.

In 1847, he was ordained as a minister of Brooklyn’s ‘Plymouth Church.’ As his sermons became more well-known in New York, crowds of thousands began to congregate to support his social reform ideas.

His Faith In The Love Gospel

His sermons proclaimed that God’s writings were to be seen as a guide for life’s journey, rather than a reference book for punishment and obligation.

He didn’t contradict Calvinist ideas that God created texts to teach sinners how to live righteously and take control of their life. Rather, he emphasized living a moral life out of nature and habit, rather than compulsion or duty.

He said that the “gospel” reflects God’s love for humanity and that the Holy Scriptures provide people with possibilities to live a life of joy and contentment.

He questioned the reality of ‘Hell,’ and urged people to seek happiness through recreational pursuits.

As a Reformed Person

Religion and politics, he argued, were two sides of the same coin. As a result, he held firm in his anti-slavery campaign during the Civil War between North and South America.

He spoke on the evils of slavery and held slave auctions on the church grounds to educate and persuade the congregation to donate money so that more slaves could be purchased and freed.

During the presidential elections, he campaigned for Republican candidate John C. Fremont, who shared his abolitionist beliefs. However, John was defeated by James Buchanan, a Democrat.

He supplied guns to those guarding abolitionist settlers engaged in conflict during the 1950s. These guns were delivered in ‘Bibles’ cartons. As a result, the guns became known as ‘Beecher’s Bibles.’

In 1863, in the midst of the Civil War, President Abraham Lincoln dispatched Henry to Europe to rally support for the “Union cause,” fearing that England would back the South.

Beecher was able to persuade Europeans to shift their minds in his favor. He was invited to speak at a gathering at Fort Sumter in South Carolina, where the national flag would be hoisted, because he played a Herculean part in the Civil War.

“There would have been no flag to fly if it hadn’t been for Beecher,” Lincoln said. Such honor and gratitude had been lavished upon him.

He participated in the temperance movement as a social activist, which was aimed at reducing the consumption of alcoholic beverages. In 1869, he became the first president of the American Woman Suffrage Association, bolstering the women’s suffrage movement.

In 1870, Elizabeth Tilton admitted to Theodore Tilton that she had an affair with Beecher for a period of time. Theodore was shocked by his friend’s deception and reported it to Victoria Woodhull’s ‘Woodhull and Claffin weekly.’

Henry and Victoria were never friends, as he frequently chastised Victoria’s proponents of “free love” in his sermons. ‘The Beecher-Tilton Scandal Case’ was the title of the article, which was published in 1872.

The story sparked a ruckus since it claimed that the man who criticized “free love” ideas had been practicing it behind closed doors. Though he had previously been accused of being flirty and a womanizer, many worshippers were taken aback by the news.

Theodore sued Beecher for infidelity in 1873 and sought for divorce a year later. Henry’s wife and family, on the other hand, took full responsibility for the affair, with Elizabeth Tilton bearing the brunt of the blame.

Beecher’s case was brought to trial two years after it was filed. The case resulted in a hung jury, and the charges had no impact on his life. He continued to preach at meetings, and the Congregationalists awarded him a sum of one hundred thousand dollars.

His greatest contribution is considered to be his opposition to the 1850 “Fugitive Slave Act.” He promoted the message that slaves should be emancipated by force, and he persuaded Abraham Lincoln to do it. He assisted the state government in the South with its reconstruction efforts.

He was not only a great speaker, but also a great writer. From 1861 to 1863, he was the editor of the Congregational periodical ‘Independent.’ In 1868, he published his first novel, ‘Norwood, or Village Life in New England.’

During his time at Amherst College, he met Eunice Bullard, the daughter of a well-known physician. On the 2nd of January, 1832, the pair became engaged.

They married in 1837, after a five-year courtship. Several intimate acquaintances of the couple said that their marriage had failed. Henry worked long hours away from home, and his wife was envious of the women’s attention he received.

From their marriage, the couple had eight children. Unfortunately, four of their children died as a result of the accident. Beecher’s numerous extramarital romances began to unravel as the years passed. The couple had almost nothing left in their marriage, but Eunice stood by her husband while he publicly denied the claims.

After having a stroke, Beecher died in his sleep on March 8, 1887. His death was widely lamented across the United States, and he was laid to rest in New York’s Green-Wood Cemetery.

In 1891, John Quincy Adams Ward erected the ‘Henry Ward Beecher Monument’ in Borough Hall Park in Brooklyn in his honor. It was relocated to Cadman Plaza in Brooklyn in 1959.

Edna Dean Proctor, a co-author of Henry’s sermon book, claimed a friend that Beecher had raped her at their first encounter. Henry maintained it wasn’t rape, but rather voluntary closeness, which contradicted her story.

Despite the fact that the occurrence became the subject of much suspicion, the couple quietly continued their relationship for over a year following the scandal.