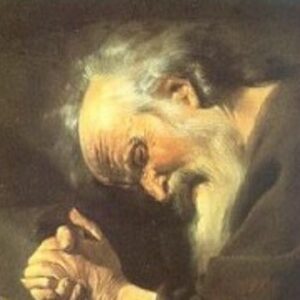 Heraclitus was a Greek philosopher who, unlike other ancient philosophers, was an independent thinker who did not adhere to any one school of thought. He was self-taught and harsh in his critique of his ancestors and contemporary thinkers and philosophers, despite being born into an aristocratic family. He was a recluse who struggled with depression, which prevented him from finishing several of his works. His demeanor was marked by a general disdain for humanity, which, along with the obscurity of his works, gave him the moniker “Weeping Philosopher.” Because of the ambiguous character of his writings, they can be interpreted in a variety of ways, many of which are contradictory. He believed in the universe’s ever-changing nature and the union of opposites. His works influenced the evolution of the concept of ‘Logos,’ which he saw as a principle of order and knowledge. He was known for defying the accepted norms and traditions of his time and questioning the generally accepted conventional wisdom of those who were believed to be “smart” individuals by society. He was regarded as one of the most significant pre-Socratic philosophers. Despite the fact that his work was influenced by that of his predecessors, he is considered as a singular thinker who made significant contributions to the development of Western philosophy.

Except for the fact that he was born into an aristocratic family in Ephesus, little is known about Heraclitus’ birth and early life (now in Turkey). Bloson or Herakon was his father’s name.
He liked to play knucklebones with other temple youngsters as a child, and he thought kingship duties were a hardship. In favor of his brother, he abdicated the throne.
Everything we know about Heraclitus comes from the writings of Diogenes Laertius, an ancient Greek philosophical biographer. Heraclitus was a Xenophanes’ hearer, according to Diogenes, despite Heraclitus’ claim to be self-taught.

According to his works, Heraclitus lived and worked towards the end of the sixth century BCE. Heraclitus harshly criticized Homer, Hesiod, Pythagoras, and Xenophanes, all of whom lived in the sixth century BCE or earlier, implying that he lived in the late sixth century BCE.
He had an innate disdain for humans and saw the vast majority of people as foolish and uneducated. He was a firm believer in deviating from conventional norms and traditions and forming his own opinions.
He was a man with strong opinions, which he communicated using vague terms. His paintings are described as ‘riddles’ that can be interpreted in a variety of ways.

There are no full collections of his works available. Only bits and words quoted by other authors survive from his works. He took an unusual approach to wisdom, presenting his writings in the form of riddles and puzzles with hidden meanings. His readers’ comprehension was crucial to a fuller grasp of his works.
He developed a unique teaching style in which he would describe a problem using simple items such as a river, boat, or road to test the readers’ reasoning and allow them to come to their own conclusions.

He made a significant contribution to the formation of the idea of ‘Logos.’ The word logos is a technical term in philosophy denoting a principle of order and knowledge, and it is amenable to several interpretations.
He believed in the global flux, which means that everything is always changing, and in the oneness of opposites, as his aphorism ‘The path up and the road down are the same thing’ suggests.
According to him, fire was the most fundamental element. He believed that fire was the source of all other elements, and that it was fire that gave birth to everything. He believed that the human spirit was made up of fire and water, with fire being the noble component and water being the ignoble.

Some researchers believe he was a natural philosopher, while others say he was a philosopher interested in the human situation. Heraclitus believed that the idea of nature and the human situation are inextricably linked; he would even have been considered a humanist if it weren’t for his deep loathing for humanity.
Heraclitus was a recluse who refused to accept any students. His writings, on the other hand, have impacted a number of philosophers from the beginning to the present. Among those profoundly inspired by his ideas are Plato and Hegel.
Heraclitus’ ideas, notably his use of fire, influenced the Stoics, who were adherents of a philosophical movement that offered philosophy as a way of life.

He wrote a book titled “On Nature” that was organized into three sections: nature, politics, and the universe. The book was placed in the Artemis Temple, which served as a library in ancient times. The book became well-known, and it was cited by many later thinkers.

Heraclitus was an outcast who had no students. He was afflicted with melancholy.
He suffered from dropsy in his later years. He treated himself with cow excrement after becoming frustrated with the doctors’ inability to find a treatment, resulting in his death.

‘The obscure’ was another name for this well-known philosopher.