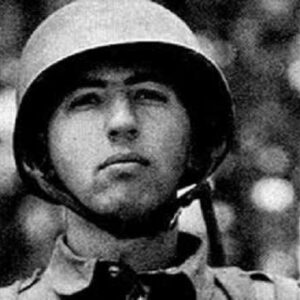 Easy Company, 2nd Battalion, 506th Parachute Infantry Regiment, a well-known company in the US Army, was where Herbert M. Sobel Sr. served as a commissioned officer. He participated in World War II as a member of the 101st Airborne Division. Herbert was referred to as “an unyielding dictator of a drill sergeant” by some of the veterans who served under him. He was a man “who drew strong lines over minor topics,” they claimed. He was accused of being an ineffective commander who would cause the deaths of his squad mates during combat, which finally resulted in his dismissal from his position of authority. He also had trouble reading maps, which resulted in a number of unwise choices. Because Sobel was despised, his sorrow persisted for the rest of his life. He wasn’t inherently wicked, but the circumstances of his placement led to the perception that he was. Sobel was a strategist, in spite of his flaws, and he was crucial in creating the Easy Company. As a drill sergeant, Sobel was responsible for molding fresh recruits into combat-ready fighters. His last years were unhappy. He tried suicide in 1970 and shot himself in the head. He will always be blind as a result of the bullet. On September 30, 1987, he passed away from starvation. After his passing, no ceremonies were held for him, and no one from his family showed up for his funeral. He later appeared in the HBO miniseries “Band of Brothers,” which was adapted from the same-titled book by historian Stephen Ambrose.

A Jewish family welcomed Herbert Sobel into the world on January 26, 1912, in Chicago, Illinois. He was raised in Chicago and went to Indiana’s Culver Military Academy. Since his school days, he has been a strong swimmer.
He earned a degree in architecture from the University of Illinois. He began his career selling clothes.

Before being called from the reserves to active service in 1940, Herbert Sobel served in the military for nine years, working with the Military Police and the National Guard while obtaining a commission at the Officers Candidate School. He joined the 101st Airborne Division when it was formed two years later. As the founding member of Easy Company, 506th Parachute Infantry, he as well.

During World War II, he volunteered for the paratroopers and was immediately appointed a Second Lieutenant. He oversaw Easy Company during its entire basic training at Camp Toccoa, Georgia, after being appointed to First Lieutenant. He was adept at rigorously training new recruits, and as a result of his abilities as a trainer, he eventually advanced to the rank of Captain. His teammates, though, charged him with being spiteful and petty.

He traveled to the UK for training prior to the invasion of Normandy. After that, he was transferred from leading Easy Company to lead the Chilton Foliat jump school.
He was appointed the regimental S-4 (logistics) officer on March 8, 1945. In 1945, following World War II, he came back to the US. Before being called back to active duty for the Korean War, he worked as an accountant for a while.

He persisted in the Army National Guard until his Lieutenant Colonel retirement. He worked as a credit manager for a wholesaler, A.C. McClurg & Co. in Chicago, after leaving the Army. Later, he was employed by the Mathias Klein Company, which produced tools for the telephone sector, in a mid-level role.

As a member of the Regimental Headquarters Company, Herbert Sobel was awarded the Combat Infantryman Badge. In addition, he received the World War II Victory Medal, the Parachutist Badge, the Bronze Star Medal, the American Campaign Medal, and the European-African-Middle Eastern Campaign Medal.

Herbert Sobel wed an American woman who was nine years his junior after World War II. She was a nurse during the war in an Italian hospital, and she later worked in the Chicago Hines VA Hospital. 3 sons were born to the couple. They also had a daughter, but she passed away a short time after delivery.

He adored his wife and had a deep love for her. He showed a lot of affection and care. Michael Sobel, his son, claims that Sobel never cursed or lost his temper. He played sports, particularly baseball, with his sons a lot.
He always referred to them by their given nicknames, which were Inky for Michael, Footsie for his older brother, and Skokie for his younger brother. He was frugal with his money and set up money for his boys’ education.

A fervent Republican, he was. He was well-behaved and never missed a day of work. After retiring from the Army, he drove a four-cylinder Metropolitan vehicle to the Chicago L station where he caught the train to work since he enjoyed living well and luxuriously. He dressed in a suit and a crisp, starched white collared shirt every day.

In the 1960s, Sobel’s perfect family life started to fall apart. His wife filed for divorce, and his sons also cut off contact with him. Sobel shot himself in the head with a small-caliber pistol in an effort to end his life in 1970, but he lived. His eyes were hit by the bullet as it entered his head from the left side and exited the other. He became blind after the bullet injured his visual nerves.

He resided in a facility in Waukegan, Illinois, for the subsequent 17 years with assistance from the US Department of Veterans Affairs (VA). He eventually passed away on September 30, 1987, from hunger as a result of the facility’s inadequate conditions. After his passing, there were no services for him.

Even though his fellow soldiers did not think highly of him, some Easy Company veterans have admitted that his contribution was crucial to the team’s later victories. Some of his military colleagues claimed in their autobiographies that he lacked a basic understanding of infantry fighting techniques and typical infantry field skills like terrain navigation. They stated that he would not take any counsel from non-commissioned officers or his fellow officers.

He was so despised by his men that when they engaged in battle, they genuinely intended to assassinate him as the Commanding Officer of Easy Company!