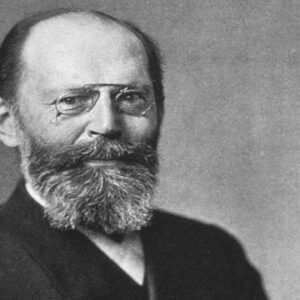 Emil Fischer was a distinguished nineteenth-century German chemist who made groundbreaking contributions to the field of organic chemistry. Fischer’s life might have been drastically different if he had followed his father’s wishes, who wanted his only son to succeed him in the family business. However, because to his perseverance, he graduated from prestigious institutions such as the University of Bonn and the University of Strasbourg. Emil’s interest in organic chemistry was fostered by his tutor Adolph von Baeyer, and he went on to receive the Nobel Prize for his contributions to the discipline. Despite the fact that his first discovery, a derivative of hydrazine, was rejected by many as a fluke, he silenced his detractors with his subsequent discoveries. This distinguished chemist was the first to discover caffeine, the primary component in beverages such as coffee. He recognized purines as the class of molecules that are similar to caffeine. Additionally, he was involved in extensive research involving sugars, proteins, and enzymes. Many of the renowned scientist’s theories and ideas, such as the “Fischer Projection” method and “Fischer esterification,” are still valid today. Read the following biography to learn more about the life and accomplishments of this brilliant scientist.

Herman Emil Louis Fischer was born on October 9, 1852, in the German town of Euskirchen parents Laurenz and Julie Fischer. Laurenz was a prosperous businessman in the lumber sector.

Louis was originally taught at home before enrolling in school; he continued his education in the German cities of Wetzlar and Bonn. After performing exceedingly well on his final exams in 1869, the brilliant mind desired to pursue further education.

As his parents’ sole surviving child, he was expected to enter the family business. However, his father eventually consented to his pursuit of natural science studies. Thus, Fischer enrolled at the “University of Bonn” in 1871.
In 1872, he relocated to the University of Strasbourg with his cousin Otto Fischer, who would eventually become his research collaborator.

Adolph von Baeyer, the head of the chemical institution in Strasbourg, kindled his lifelong interest in chemistry. Baeyer is credited with discovering phthalein dyes, and during his Ph.D. studies, Emil worked under him.
His doctoral dissertation explored the organic compounds fluorescein and orcin-phthalein. He was awarded a Ph.D. in chemistry in 1874.

In 1874, he was offered a position as a research assistant at Strasbourg University. During his time as an assistant in von Baeyer’s organic chemistry laboratory, he discovered phenylhydrazine, the first hydrazine derivative chemical.

Emil accompanied von Baeyer as an assistant to the “University of Munich” in 1875, following the discovery of phenylhydrazine. Three years later, he was granted the title of Privatdozent, allowing him to teach courses at the university level.

The University of Munich granted him an associate professorship in analytical chemistry in 1879. During his time in college, he committed himself to the study of hydrazines. Together with Otto Fischer, they demonstrated the chemical structure of triphenylmethane derivatives.

In 1881, the ‘University of Erlangen’ offered Fischer the position of a chemistry professor. Here, he examined and elucidated the molecular structures of substances such as caffeine and theobromine. He dubbed this family of molecules “purines” and artificially synthesized them.

In 1885, he began working as a chemistry professor at the University of Würzburg, a position he would retain for the following eight years.
He continued his studies on purines and discovered that the DNA was composed of this family of nucleotides.

Fischer then studied sugars and developed the ‘Fischer Projection’ method to illustrate their molecular structure on a two-dimensional surface such as paper.
In continuation of his study of sugars, he investigated the enzymatic fermentation of sugar. In the year 1902, he was awarded the Nobel Prize for his pioneering work on organic molecules such as purines and sugars.

This prominent scientist next studied proteins and discovered that the amino acids in proteins are connected by “peptide bonds.” To scientifically substantiate his hypotheses, he synthesized artificial protein by connecting amino acids with amide bonds.

Emil Fischer was a prominent figure in the field of chemistry, and his research on the purine base family and sugars earned him the Nobel Prize. This distinguished chemist also invented the ‘Fischer Projection’ method of depicting the molecular structure of sugar.

Emil and Agnes Gerlach exchanged wedding vows in 1888, and the couple produced three sons.
On 15 July 1919, this distinguished chemist overdosed on phenylhydrazine and committed suicide.

He is the namesake of a number of chemical reactions and concepts, including the Fischer projection, Fischer oxazole synthesis, and Fischer peptide synthesis.

Hermann is one of the wealthiest and most prominent chemists. According to our research, Wikipedia, Forbes, and Business Insider, Hermann Emil Fischer has an estimated net worth of $1.5 million.