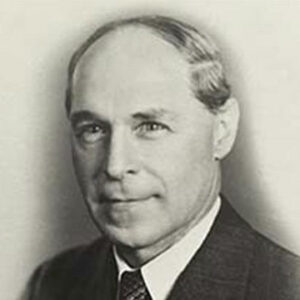 Hermann Joseph Muller was an American geneticist who was awarded the 1946 Nobel Prize in Physiology or Medicine for discovering that X-ray irradiation can cause mutations. Throughout his career, he concentrated on genetics and gene mutations, creating the conceptual and empirical groundwork for contemporary molecular biology. As a child, he was interested in science, and in college, he became interested in genetics. After receiving his Ph.D., he began a career as both a teacher and a researcher, and he maintained both roles throughout his life. Understanding genetic structure and formulating hypotheses, as well as identifying techniques to create mutations intentionally, dominated his research. In 1946, he received the Nobel Prize for his research on the genetic and physiological effects of radiation exposure. Hermann Joseph Muller worked ceaselessly to inform the public about the risks of radiation. Due to his ardent political ideals and argumentative nature, he encountered numerous obstacles in his professional life.

He attended the public school in Harlem and then Morris High School in the Bronx for his formal schooling. He excelled in his studies and was known to have had an early interest in science. Together with his friends, he had founded a science club at school.

In 1907, he was awarded a Cooper-Hewitt scholarship that allowed him to enroll in Columbia College at the age of 16. Even as a student, he maintained himself with part-time employment.

During his first year of college, his interest in biology expanded, and after reading R.H. Lock’s book on genetics (1906), he began to focus on genetics, viewing gene mutations and natural selection as the basis for evolution. E.B. Wilson, an American geneticist, and zoologist advised him.

During his college years, he established a biology club and championed eugenics, a theory that sought to improve the genetic purity of the human population.

In 1910, he graduated with a Bachelor of Arts degree and continued his education at Columbia College. The next year, he earned a teaching fellowship in physiology at Cornell Medical College and began teaching and conducting genetics research.

During this time, he participated in the Drosophila study at Thomas Hunt Morgan’s genetic lab and was able to monitor the research, although he was unable to perform his own research until 1912. His contributions were mostly of a theoretical character, including hypotheses, explanations, and concepts.
The results of the Drosophila investigation were published in 1915 under the title The Mechanism of Mendelian Heredity.

In 1915, after receiving his Ph.D., he joined the William Marsh Rice Institute in Houston, where he taught many biological topics and conducted research on mutation. Until 1918, he remained at the institute.
Between 1918 and 1920, he taught at Columbia College before becoming an Associate Professor at the University of Texas at Austin. Later, he was promoted to professor and stayed at the university until 1932.

The time he spent working at the University of Texas is considered the most productive era of his career. During this period, he studied quantitative mutation techniques in great depth.
He stated that the gene is the basis of both life and evolution since it has the ability to reproduce its own mutations. During this time, he devised the fundamental ideas of spontaneous gene mutation.

In 1926, his comprehensive research on the topic and comprehension of the frequency and processes involved in mutations led to the experimental beginning of genetic mutations using X-rays. He was able to demonstrate that gene mutations were caused by alterations in isolated genes and chromosome breaks. This discovery established him as a globally renowned geneticist.

Due to personal hardship, he experienced a psychological breakdown in 1932 and subsequently spent a year at Oskar Vogt’s Brain Research Institute in Berlin. During his time at the institute, he studied with N. W. Timofeev-Ressovsky several physical models that could explain genetic mutations.

With the rise of Adolf Hitler to power, Hermann Joseph Muller, a staunch socialist, chose to leave Germany and relocate to the Soviet Union.

Between 1933 and 1937, he served in the Leningrad and Moscow Academies of Sciences. Here, he focused on the study of gene structure, cytogenetics, and radiation genetics. In 1937, he joined the Institute of Animal Genetics connected with the University of Edinburgh, where he remained for three years as the Lysenko anti-genetics movement grew.

Between 1940 and 1945, he taught and conducted research at Amherst College in the United States. During his time at this facility, he conducted tests that demonstrated the association between spontaneous mutations and aging.

In 1945, the Department of Zoology at Indiana University in Bloomington offered him a position. Here, he spent time analyzing radiation-induced mutations in order to perform gene analysis and comprehend its biological impacts.

In 1948, he served as president of the Eighth International Congress of Genetics. In 1964, he retired from Indiana University and began working for a year at the Institute for Advanced Learning in the Medical Sciences in California.

He made persistent efforts to educate the public about the dangers posed by the buildup of mutations in the human gene pool as a result of radiation and industrial operations. He took the effort to raise public awareness and actively participated in conversations promoting natural selection processes in contemporary culture.

Hermann Joseph Muller was a distinguished geneticist whose genetics-related works garnered him widespread renown. X-Rays can create genetic mutations and inherited alterations, as he demonstrated. He was also effective in discovering the harmful effects of gene mutations created experimentally.

In 1927, he was awarded the Newcomb Cleveland Prize by the American Association for the Advancement for his article on “The Effects of X-Rays on Genes and Chromosomes.” In 1946, he was given the Nobel Prize in Physiology or Medicine “for his discovery of the X-ray-induced generation of mutations.”
In 1958, he was presented with the Darwin-Wallace Medal by the Linnean Society of London.

Hermann Joseph Muller wed Jessie Mary Jacobs, a mathematician, in 1923; the couple produced a son named David. E. Muller. Their relationship was difficult, and in 1935 they divorced.

He wed Dorothea Kantorowicz in 1939, and the pair produced a daughter named Helen J. Muller.
On 5 April 1967, he passed away in Indianapolis, Indiana, United States. He was 76 years old when he passed away.