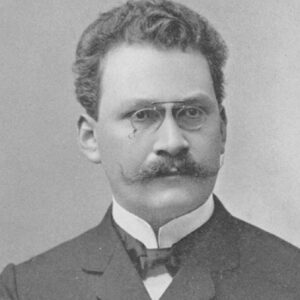 Hermann Minkowski was a well-known mathematician from Germany. He made a huge contribution to the development of modern mathematics. His most well-known achievement is the development of number geometry theory. He applied this theory to problems in number theory, mathematical physics, and relativity theory with great skill. This geometric method aided him in comprehending and generalizing the theory of repeated fractions into an algorithm. Albert Einstein, for example, was one of his students. Minkowski’s four-dimensional space-time theory, often known as “Minkowski space,” tries to show that Albert Einstein’s special theory of relativity, which he presented algebraically, can also be comprehended geometrically. In his book “Space and Time,” he talked about this theory. Einstein’s and Minkowski’s works prove the notion that space and time are inextricably intertwined. Later, Einstein’s work on general relativity was inspired by this four-dimensional space-time theory. In this context, it is appropriate to mention that Hendrik Lorentz’s analysis of space and time transformations was the source of his concept of space and time unity. He taught mathematics at various major universities, including the University of Bonn, Konigsberg University, and the University of Gottingen, in addition to his mathematical research.

Hermann Minkowski was born to Polish Jewish parents Rachel and Lewin Minkowski in Aleksotas, Kingdom of Poland. His father worked in the business world.

He obtained his early schooling till he was seven years old at home.
In 1872, his parents moved to Germany and settled in Konigsberg. For the sake of education, he turned to Protestantism.

He attended Konigsberg’s Altstadtisches Gymnasium for his secondary schooling.
He enrolled at the University of Konigsberg in April 1880.

Later, he attended the University of Berlin for the winter semester of the academic year 1882-1883. He became interested in quadratic forms of mathematics during this time.

Under the supervision of Ferdinand von Lindermann, a renowned German mathematician, he received his doctorate degree from Konigsberg University in 1885. Following that, he was required to serve in the military.

He began working as a non-salaried lecturer at the University of Bonn in 1887. At the time, he submitted a paper to the University titled “Spatial visualization of minima of positive definite quadratic forms.”

In 1892, he was promoted to assistant professor at the University of Bonn. He studied on the motion of solids submerged in ideal liquid, which was a part of mathematical physics, at this time.
He returned to Konigsberg University after two years to teach for two years. After that, he was hired as a professor at the Eidgenossische Polytechnikum Zurich.

He interacted with engineering and mathematics students in Zurich. He gave lectures on a variety of topics, including potential theory, hydrodynamics, and the theory of functions, among others.
He got a position at the University of Gottingen in 1902. He remained in this role till he died. He became interested in the study of mathematical physics at that time.

In 1905, he attended an electron theory seminar and learned the most up-to-date information on electrodynamics. During this time, Einstein introduced the theory of relativity, which presented an expanded picture of space and time.

For the first time, he understood the significance of the Lorentz transformation concept in terms of space and time. Physicists were previously unaware of Einstein’s special theory of relativity’s geometrical implications.

Minkowski’s efforts resulted in the theory of a four-dimensional electrodynamics treatment. His book “Diophantische Approximationen: Eine Einfuhrung in die Zahlentheorie” was published in 1907.

In 1896, he published his theory on number geometry. In functional analysis and Diophantine approximation, this theory is useful. He solved number theory difficulties using geometrical theory.

For his book on the theory of quadratic forms, he was awarded the Mathematics Prize by the French Academy of Sciences in 1883. Quadratic forms are used extensively in a variety of fields of mathematics, including linear algebra and number theory.

In the year 1897, he married Auguste Adler. Lily and Ruth were their two daughters.
At the age of 44, he died suddenly of appendicitis in Gottingen. The asteroid ‘12493 Minkowski’ and the ‘M-matrices’ are named after him in recognition of his work.

Renowned physicists such as Max von Laue and Arnold Sommerfeld expanded on his concept of space and time after his death. Lau produced a textbook on the special theory of relativity in 1911, which was the first textbook to employ Minowski’s formulation.

Hermann Minkowski’s current net worth is believed to be between $1 million and $5 million dollars. He amassed this fortune through his work as a mathematician.