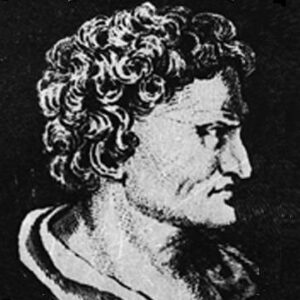 Hipparchus was a Greek who was good at math and astronomy. He is famous for finding out that the Earth’s axis and the axes of other planets change their angles with respect to the center of the Sun. He also came up with the idea of trigonometry. He knew a lot about geography and was known as one of the best astronomers of his time. He made the first models of how the Sun and the Moon move, which are still thought to be very accurate today. People think that he got to his conclusions by using the mathematical formulas that the Mesopotamians and Babylonians had made over many years. He was the first person to make trigonometric tables and solve many problems about the trigonometry of spheres. He may have been the first astronomer to use trigonometry and his ideas about how the Sun and the Moon move to predict when a solar eclipse would happen. He also accurately calculated the equinox precession, made the first catalog of stars in the western world, and invented the “astrolabe” and the “armillary sphere.” Claudius Ptolemaeus was the only person who could improve on his ideas and inventions 300 years later. There aren’t many records about his life and works.

Hipparchus was born in 190 BC in the city of Nicaea, Bithynia, which is now called Iznik and is in Turkey.

When Hipparchus was a young man living in Bithynia, he used to keep track of the weather conditions that happened there at different times of the year. Since the 4th century BC, Greek astronomers had been making “weather calendars,” which helped them figure out how rain, wind, storms, seasons, and the sun, moon, and stars all worked together.

He started working as a scientist in Bithynia and moved to Rhodes before 141 BC.
He also spent some time working in Alexandria, where he made more observations. He probably talked to observers in Alexandria and astronomers in Babylon, who gave him a lot of information about when the equinoxes happened.

Hipparchus made about twenty observations. The first one was on September 26 or 27, 147 BC, during the autumnal equinox.
The moon’s position was looked at for the last time on July 7, 127 BC.

The most important thing he did for astronomy was to study how the Sun and the Moon move around the Earth and figure out how big they are and how far away they are from the Earth. He thought that the Earth was the center of the Universe and that everything else, including the Sun and other planets and stars that could be seen with the naked eye, moved around it.

He came up with a mathematical model that could be used to figure out where the Sun was in its orbit around the Earth at any given time. Johannes Kepler was the first person to add to this model in the 1600s.
He tried to figure out how long a tropical year was and ended up coming up with a time that was only 6 minutes longer.

Once he knew how long it took for a tropical year to end, it was easy for him to figure out when the equinox and solstice were for any year. Even now, his theory about how the equinoxes move is thought to be correct.

He also tried to come up with a theory about how eclipses happen when the Moon moves. He looked at what Babylonian astronomers had seen and found that the Moon’s path changes and splits when it gets to the northern and southern parts of its ecliptic orbit.

Hipparchus is also said to have made a list of all the stars with their names and positions. But it is hard to tell how many stars are in this catalog because there isn’t much direct evidence on it. Hipparchus’s original catalog is thought to be where Ptolemy’s list of 1,022 stars came from.

His work to find the exact locations of different places on Earth showed that he was interested in geography.
He made a big contribution to math by coming up with trigonometry, which is based on a table of the lengths of different chords in a circle with a unit radius. He used trigonometry to figure out how far away different celestial bodies were from each other and how big they were.

Hipparchus wrote many things, but the only one that has survived is a commentary on a poem by Aratus from the 3rd century called “Commentary on the Phaenomena of Eudoxus and Aratus.”

Around 120 BC, Hipparchus died on the island of Rhodes.

The “High Precision Parallax Collecting Satellite” was named “HiPParCoS” after Hipparchus by the “European Space Agency.”
He is also remembered by a crater on the Moon and an asteroid called “4000 Hipparchus.”

An observatory in Los Angeles, California, USA, put his name on a list of the best astronomers in the world, and he was ranked sixth on that list.