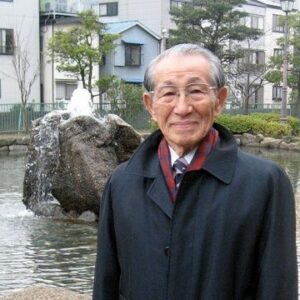 An intelligence officer with the Imperial Japanese Army, Hiroo Onoda. Nearly 30 years after the war’s end, he was the final Japanese soldier to come out of hiding and surrender. He served in the Second World War. In the Japanese Army, he held the rank of 2nd lieutenant. Onoda, who was renowned for his courage and tenacity, was one of those warriors who would go to extraordinary measures to prove their commitment to their country. The late soldier established various nature camps for children all throughout Japan. He was known to have lived his later years as a farmer and social worker. He once traveled to Lubang Island and gave a local school there a donation of $10,000 USD. No Surrender: My Thirty-Year War, an autobiography that was ghostwritten, was also released by him. Regarding Onoda’s honors and distinctions, the Brazilian Air Force gave him the Santos-Dumont Merit Medal. The Legislative Assembly of Mato Grosso does Sul additionally bestowed upon him the title of “Cidado do Mato Grosso do Sul.”

Hiroo Onoda enlisted in the Imperial Japanese Army Infantry at the age of 18. He then received training at Nakano School to become an intelligence officer. He was dispatched to the Philippines in 1944 to defend Lubang Island from enemy assaults.

The officers of the force already stationed on the island were superior to him and stopped him from doing his duties, making it simpler for the enemy soldiers to seize Lubang Island where they had landed on February 28, 1945. As a result, the majority of the Japanese forces were either killed or forced to submit. Onoda, who miraculously lived, gave his friends the command to head for the hills.

With his three companion fighters, Onoda initially lived in the mountains as he resumed his assault. They engaged in revolutionary actions and multiple shootouts while they were there. In 1950, one of his colleagues gave up on the enemy, and the other two were eventually killed by gunfire.

Following this, additional unsuccessful attempts were made to convince Onoda to emerge from hiding and hand himself in. A few years later, the Japanese government dispatched Onoda’s commanding officer, Major Yoshimi Taniguchi, to Lubang. The Japanese soldier eventually gave up and turned in his gun, sword, and other military equipment to the authorities.

Despite the fact that Onoda killed several innocent people while he was hiding, the situation (his conviction that the war was still raging) was taken into account, and eventually, he was granted a pardon by then-President Ferdinand Marcos.

On March 19, 1922, Hiroo Onoda was born in Kainan, Wakayama Prefecture, Japan. In 1976, he wed a woman named Machie and went on to play a significant part in the Brazilian Japanese community of Colônia Jamie.
At St. Luke’s International Hospital, Onoda passed away from heart failure on January 16, 2014, as a result of complications from pneumonia. He was 91.