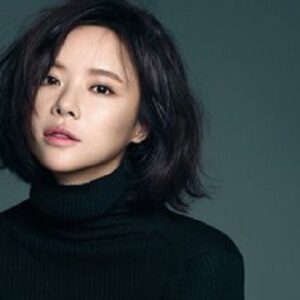 Hwang Jung-eum is a singer and actress from South Korea. She used to be a part of the K-pop group ‘Sugar.’ She is best known for her appearance with her then-boyfriend Kim Yong-jun on the reality show ‘We Got Married.’ Hwang is also known for her roles in the television shows ‘Can You Hear My Heart,’ ‘Golden Time,’ ‘Secret Love,’ ‘Endless Love,’ ‘Kill Me, Heal Me,’ ‘She Was Pretty,’ and ‘Lucky Romance,’ among others. ‘Love Letter,’ ‘X-Man,’ ‘Happy Together-Season 3’, and ‘Strong Heart’ are just a few of the variety shows in which she has appeared. In addition to Black Pearl, SG Wannabe, SeeYa, Ock Joo-hyun, and Kim Jong-wook, the South Korean star has been in music videos for Black Pearl, SG Wannabe, SeeYa, Ock Joo-hyun, and Kim Jong-wook. In terms of her accomplishments, Hwang has been selected as a goodwill ambassador for a number of initiatives and events. To name a few, there’s the Puchon International Fantastic Film Festival, the Korea Medical Assistance Foundation, Angel (1004) Day, and the Busan International Advertising Festival. Aside from this, the actress has won other honors throughout her career in the entertainment industry. She once won the MBC Drama Awards’ ‘Excellence Award, Actress in a Miniseries.’ At the 10th Seoul International Drama Awards, she received the ‘Outstanding Korean Actress Award.’ Hwang was also named “Best Actress” at the 43rd Korea Broadcasting Awards.

Hwang Jung-eum began her career in show business in 2001, when she joined the pop music group Sugar as a lead vocalist. She departed the group three years later to pursue a solo career. Hwang made an appearance in the music video for ‘SG Wannabe’ in 2005. She guest starred in the third season of ‘Happy Together’ and appeared in the series ‘The Person I Love’ as Lee Jung-min two years later. She later joined the second season of the reality show ‘We Got Married’ with her then-boyfriend Kim Yong-jun.

Hwang appeared in music videos for Ock Joo-hyun and Kim Jong-wook in 2009. She starred in the series ‘Giant’ in 2010. In the same year, she starred in the film ‘Death Bell 2: Bloody Camp.’ ‘Running Man,’ ‘Strong Heart,’ ‘Come to Play,’ ‘Haha-Mong Show,’ and ‘Ultra Fashion with Hwang Jung-eum’ were among the South Korean actress’s variety shows at the time.

Hwang worked on the programs ‘Can You Hear My Heart’ and ‘Golden Time’ in 2011-12. She then landed the role of Kang Yoo-jung in the drama ‘Secret Love,’ as well as a role in the third season of ‘Happy Together.’ She joined the cast of ‘Endless Love’ in 2014. Hwang then went on to play Oh Ri-jin and Kim Hye-jin in the drama series ‘Kill Me, Heal Me’ and ‘She Was Pretty,’ respectively, the following year. In the same year, she appeared in the film ‘My Sister, the Pig Lady.’ She then appeared in the show ‘Lucky Romance’ as Shim Bo-nui.

Hwang Jung-eum was born in Seoul, South Korea, on January 25, 1985. She studied theater and film at the University of Suwon. After meeting actor Kim Yong-jun in 2005, she started dating him. She did, however, break up with him in May of 2015. Hwang’s agency, C-JeS Entertainment, announced on December 8, 2015 that she was dating professional golfer and businessman Lee Young-don. On February 26, 2016, the pair married at Hotel Shilla in Seoul. On August 15, 2017, Hwang gave birth to Lee’s child.

Hwang is one of the wealthiest TV actresses and one of the most popular. Hwang Jung-net eum’s worth is estimated to be $1.5 million, according to Wikipedia, Forbes, and Business Insider.