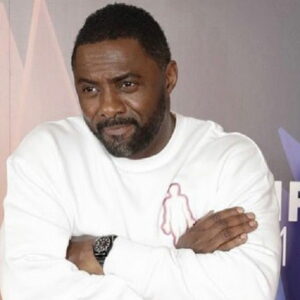 Idris Elba is an English actor, producer, musician, and disc jockey who has won numerous awards. He is most recognized for his portrayal as Luther in the British crime thriller series ‘Luther,’ for which he received a Golden Globe nomination. He’s also recognized for his supporting part in the iconic superhero film ‘Thor’ and his portrayal of Nelson Mandela in the film ‘Mandela: Long Walk to Freedom.’ He began performing while still in high school in Hackney, London. His first major part was in the British television series ‘Bramwell.’ He went on to appear in TV shows like ‘Law & Order’ and ‘The Wire’ during the next few years. He was also recognized for his appearances in films including “The Unborn,” “Legacy,” “Thor,” and “Mandela: Long Walk to Freedom.” He has been nominated for the Golden Globe five times in his career, with one win for his performance in ‘Luther.’ He’s also been nominated five times for an Emmy Award. In 2016, he was selected to TIME Magazine’s list of the 100 Most Influential People on the Planet. He has a studio album, ‘Murdah Loves John,’ and a couple EPs under his belt as a singer.

Idris Elba was born in Hackney, London, on September 6, 1972, as Idrissa Akuna Elba. His father, Winston, was a Sierra Leonean who worked at a Ford factory in Dagenham, and his mother, Eve, was a Ghanaian.
During his time at Canning Town High School, Elba shortened his name to ‘Idris.’ During this period, he became interested in performing. His first role was in the play ‘The Stage,’ which he earned after responding to a newspaper advertisement. With his pals, he also created a DJ firm. He was then awarded a stipend from the Prince’s Trust, which enabled him to audition for a position at the National Music Theatre.

Idris Elba’s acting career began with guest and minor appearances on TV shows such as ‘The Bill,’ ‘Bramwell,’ ‘The Governor,’ ‘Family Affairs,’ ‘Ultraviolet,’ and ‘London’s Burning,’ among others. In 1999, he made his film debut in the French film ‘Belle Maman,’ directed by Gabriel Aghion, in which he played a supporting role.
He rose to prominence as the main character in the British crime drama series ‘The Wire.’ It was well-received by reviewers as well as the general public. It also received a number of accolades. Many people consider the series to be one of the best television shows of all time.
Over the next few years, he appeared in a number of TV and feature films. ‘Buffalo Soldiers’ (2001), ‘The Gospel’ (2005), ‘Daddy’s Little Girls’ (2007), ‘The Human Contract’ (2008), ‘The Unborn’ (2009), and ‘Obsessed’ (2010) are some of his films (2009). He has been the titular lead in the TV series ‘Luther’ since 2010, for which he has received critical acclaim. His popularity skyrocketed after he appeared in the 2011 blockbuster flick ‘Thor.’ Kenneth Branagh directed the picture, which was based on the same-named Marvel comics superhero. The film was a box office triumph and received largely positive reviews. In the 2013 sequel ‘Thor: The Dark World,’ Elba reprised his role.
In the film ‘Mandela: Long Walk to Freedom,’ he portrayed the legendary revolutionary Nelson Mandela. However, the picture was a box office flop and received mediocre reviews. ‘Second Coming’ (2014), ‘The Gunman’ (2015), ‘The Jungle Book’ (2016), and ‘Star Trek Beyond’ are among the films he appeared in during the next several years (2016).
In 2017, he starred in the film ‘The Dark Tower,’ in which he portrayed the protagonist role. The picture, directed by Nikolaj Arcel, was a commercial success. He appeared in the films ‘Molly’s Game’ and ‘The Mountain Between Us’ the same year. In ‘Thor: Ragnarok,’ the second sequel to the 2011 superhero blockbuster ‘Thor,’ he reprised his role. Commercially, the picture was a great hit.

In the British crime drama series ‘Luther,’ Idris Elba portrays the title role. He plays John Luther, a police officer who is very dedicated to his job. His portrayal in the series has gotten him a lot of praise and prizes, including the ‘Golden Globe Award.’ In the 2013 film ‘Mandela: Long Walk to Freedom,’ Elba played Nelson Mandela. Justin Chadwick directed the picture, which also featured Naomie Harris, Tony Kgoroge, and Riaad Moosa. It was nominated for numerous prizes, including an Academy Award for ‘Best Original Song’ for ‘Ordinary Love,’ for which it won the Golden Globe Award.

Idris Elba has received numerous honors and nominations for his outstanding movie performances. In 2011, he won the Golden Globe Award for ‘Best Actor in a Miniseries or TV Film’ for his role in the film ‘Luther.’ He has also received four Golden Globe nominations: twice for his portrayal in ‘Luther,’ and once each for his roles in the biopic ‘Mandela: Road to Freedom’ and the war picture ‘Beasts of No Nation.’
He also won the ‘BET Award for Best Actor’ in 2010 for his part in ‘The Losers,’ as well as the ‘Black Reel Award for Best Actor’ in 2012 for his work in ‘Luther.’
He has received five Emmy nominations: four for his performance in ‘Luther,’ and one for his role in the drama series ‘The Big C.’ In 2016, Time Magazine named him one of the 100 Most Influential People on the Planet.
In the 2016 Queen’s New Year’s Honors, he was named an OBE (Officer of the Order of the British Empire) for his contribution to drama.

In 1999, Idris Elba married Henne Norgard. They only had one child. After four years, however, the couple divorced. In April 2006, he married Sonya Hamlin. After a few months, their marriage was declared null and void.

Idris Elba has a net worth of $30 million.