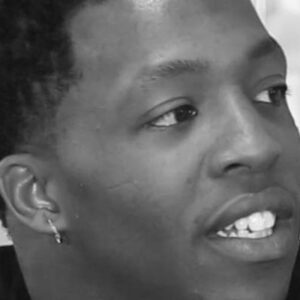 Richard Colbert, aka I love Memphis, is an American rapper and musician. He is a member of the generation of musicians who gained popularity in the public eye on social media. In his conservative upbringing, I love Memphis was required to attend church every other Sunday. Although he was always interested in music, it wasn’t until he was in his late teens that he truly began to consider a career in music. Finally, while listening to some rap music, the inspiration struck, and he had the beat produced for less than $40. His song made its debut on various social media platforms in July 2015 and quickly rose to fame. The unconventional dance won over the audience’s hearts more than the rapping or the music. The song debuted in the Billboard top 10, and in December 2015, he released another song titled “Lean and Dabb.” His final song, “Lil Dance,” was written in partnership with Arthur Moore.

Richard Colbert, also known as I love Memphis, was born on March 29, 1993, in Tennessee, USA, into a strict and devout family. His mother was a stay-at-home mom, while his father was in the US army. His sister is a twin as well.
Although he was a typical student, what set him apart from the other students was his persistent desire to have fun and make other people smile through his pranks.

He was motivated by sports and fitness, and he preferred to be at the gym and on the football field over in class.
He was well-known for being amusing, so he turned to social media in order to spread the word about his eccentricities. He began posting amusing videos and dance moves, which helped him build a following.

He acquired 72,000 followers on Instagram and gradually started to feel like a local celebrity. His followers continued to grow on all other social media platforms as a result of his uploading his photoshoot pictures and even starting to arrange parties in an effort to gain more fame.

He didn’t start thinking about doing music professionally till he graduated from high school. He took a year to master several dancing styles, which piqued his interest even more.

One day, while listening to Rich Homie Quan’s song “Flex,” his life took a turn for the better when he decided to replicate the dancing moves. He made a call to a friend who is a sound engineer, got a beat ready, and within an hour, the song was ready.
Rap came after the dance, which gave the song a very distinct feel. This was the start of unexpected artist fame.

Due to the dance moves popularity, thousands of Viners (users of the social media network Vine) tried to replicate them, which helped the video get additional viewers. In 2015, when it first gained popularity, it was given the name “Rich Homie Quan” dance.

Due to his achievement, he was inspired to enter the public eye. As a result, he accepted an invitation to an interview on The Ellen DeGeneres Program and later made an appearance on The Real, another prominent talk show.

Many well-known celebrities joined the bandwagon and executed the iconic dance moves to the song “Hit the Quan,” which is the tune that inspired his viral dance routine. Famous figures including Chris Brown, Dwayne Johnson, and Kendrick Lamar have performed the dance for their adoring followers.

The song’s official video was released in November 2015, and it immediately got popular. At that point, I love Memphis had a sizable fan base. Making the most of his reputation, he released another song in December called “Lean and Dabb.” Better than “Hit the Quan,” it received an amazing response when it was released on iTunes.

Together with the great music producer Dkotic, I love Memphis created the song “Lil Dance” in 2017. The song was released in the summer of 2017 with positive reviews. The song made its premiere on Instagram and Musical.ly, which is now known as TikTok, and quickly gained popularity among users.

In order to release his music more traditionally, I love Memphis is currently searching for a record company. His popularity on social media, meanwhile, is growing every day.
The mixtapes “Thank you Instagram” and “Please Excuse my Turn up” were also published by I love Memphis. In 2016, he also issued an EP titled “The TurnUp Kid- EP.”

With eight siblings, I love Memphis and grew raised in a large family. Seven sisters make up this group, one of whom is a twin sister and a brother. The family attends church every other Sunday and is quite devout. As a result, it was discovered that iLoveMemphis was a believer.

When iLoveMemphis was just starting to gain notoriety, he experienced the shock of his life when he was accused of rape by a lady who said that he and some of his friends had sex with her while she was drunk. He refuted the accusations, stating he respects women because he spent a lot of his childhood among them.
Finally, the court cleared him of all allegations due to a lack of evidence, and the DNA result also supported him.

One of the wealthiest rappers and one of the most well-known rappers is iLoveMemphis. Our study of iLoveMemphis’s net worth from sources including Wikipedia, Forbes, and Business Insider indicates that it is roughly $1.5 million.