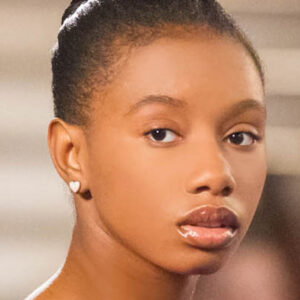 Imani Hakim is an actor and social media star from the United States. Imani is a talented artist best known for her role as Tonya Rock on the CW’s successful comedy show “Everybody Hates Chris.” She has been in a number of other TV shows and films since she was a toddler. Imani began her acting career at a young age, learning acting at the Karamu House Theater when she was just seven years old. She developed an interest in acting and began working toward her objective through a variety of methods, including taking multiple acting classes and workshops to hone her innate aptitude for acting. Hakim has a sizable social media following, with over 40k Twitter followers and around 100k Instagram followers. Her fans adore her sultry photos and feisty tweets. In the film ‘The Gabby Douglas Story,’ she earned the ‘Outstanding actress in a TV movie or Mini-Series Award’ for her portrayal of Gabby Douglas, the Olympic Gold Medalist in Gymnastics. Imani Hakim will play the lead in the upcoming film ‘Chocolate City.’

At the age of seven, Imani decided to pursue acting as a career. She enrolled at Cleveland’s Karamu House Theater, a historic house theater school. She was cast in a variety of theatre productions, watching and acting alongside senior and seasoned actors. Later, she attended in Burbank’s Young actor’s space school. 8 Her first appearance on television was in a McDonald’s commercial.

In 2005, she made her big break when she was cast as Tonya Rock in the successful comedy series “Everybody Hates Chris.” She was only 11 years old at the time. From 2005 through 2009, the series aired. She has appeared in other TV shows for brief appearances in between these seasons. CSI: Crime Scene Investigation, The Replacements, ER, and Wizards of Waverly Place were among them.

During this time, she also made her cinema debut in the film ‘Reign Over Me.’ This was a very brief appearance. In 2015, she played Carmen in the film Chocolate City. This was a comic drama with a twist. In the sequel to Chocolate City, she reprises her role. In 2017, it is set to be released. In the meanwhile, she starred as Gabby Douglas in the 2014 film The Gabby Douglas Story. She starred as Gabrielle in Sharknado: The 4th Awakens in 2016.

Imani considers acting to be her entire life and soul. She prioritizes acting over anything else. She wants to be challenged both in acting and in real life since she enjoys challenges. Challenges, she claims, push you to your boundaries and help you grow into better individuals. She aspires to expand her acting career by taking on new roles, films, and experiences. She has a distinct way of looking at things from her own point of view. She aspires to make the impossible possible, and it is this mentality that distinguishes her.

Imani was born in the United States, in the city of Cleveland. Her father was the one who reared her. She is the youngest of five brothers. She admires her father and believes he has made significant sacrifices for her. She addresses her coworkers on air as if they were her own family. Raven Symone, an American actress, singer, and songwriter, is a huge fan of hers. She is so dedicated to performing that when asked what she would do if she weren’t an actress, she replied that she would still be one.

She enjoys challenges and considers them to be a necessary part of life. Her hobbies include dance, music, reading and Martial Arts. Given her African ancestry, she is passionate to African culture. She prefers to keep her personal life private and does not share much information about it.

Imani Hakim has a net worth of $500,000. Imani Hakim is an American actress with a net worth of $500,000. Imani Hakim was born in Cleveland, Ohio, and she started acting professionally when she was in elementary school. When she was seven years old, she began studying acting at Karamu House Theater, and then moved to California to complete her education at Alexander’s Workshop School and The Young Actor’s Studio while pursuing her professional career.