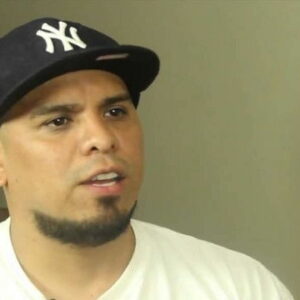 Immortal Technique is the stage name of Felipe Andres Coronel, a well-known American hip-hop performer. He works to raise awareness of social concerns through his music as an activist. He hasn’t had much economic success with his albums, but he is renowned for his unique and inventive approach to conventional musical genres. His lyrics, which advocate for social consciousness, are consistent with his political engagement and action. He has received a great deal of acclaim for both his charity endeavors and his struggle for immigrant rights. He is well-recognized for speaking to young people in prisons and raising money for children’s hospitals. He has claimed that because of his unique and revolutionary style, he poses a danger to hip-hop’s status quo. After a lengthy hiatus, he is currently working on his fourth album. Additionally, he has made appearances in a few documentaries, such as “The (R)evolution of Immortal Technique.” His life and work were the subjects of a documentary released in 2011 and its world premiere at the Harlem Film Festival.

In 2001, Immortal Technique issued his debut album, Revolutionary Vol. 1. He self-released it using funds earned from winning rap battles rather than the assistance of a record label. The record sold up to 45,000 copies over the years, despite not being a great commercial success. Dominant Species, Positive Balance, No Me Importance, and The Poverty of Philosophy were some of the album’s singles.

After a two-year hiatus, his next album, “Revolutionary Vol. 2,” was released. It covered a number of significant topics, including the 9/11 attacks as well as poverty, the drug trade, slave labor, and censorship. The Message and the Money, Crossing the Boundary, Internally Bleeding, and The Cause of Death was some of the album’s singles.

He took part in numerous tours during the ensuing few years. Additionally, he appeared on a number of movie and video game soundtracks. He collaborated with DJ Green Lantern and Mos Def to release the song “Bin Laden” in 2005. Due to its insinuation of 9/11 conspiracy theories, the song gained notoriety. Bush personally supported Al-Qaeda, according to Immortal Technique, and he also handed billions of money to Bin Laden, who actually worked for the CIA.

In 2008, he issued his third album, “The 3rd World.” When compared to his other albums, the album did well in the marketplace. There were singles on it including “Open Your Eyes,” “Payback,” and “The 3rd World.” The album was ranked 99th on the US Billboard 200 and 12th on the list of the Top Rap Albums in the US. In 2011, he issued the compilation CD “The Martyr.” It was made available as a digital download, and in just one week, one million people downloaded it.

Both the docudrama movie “This Revolution” and the documentary “Something from Nothing: The Art of Rap” include him. In September 2011, a documentary movie about his life was also released. The movie, with the working title “The (R)evolution of Immortal Technique,” made its debut at the Harlem Film Festival and was made available on DVD in July 2012.

On February 19, 1978, Felipe Andres Coronel was born at a military hospital in Lima, Peru. He was just two years old when his family moved to Harlem, New York. He began rapping when he was just nine years old. He attended Hunter College High School, where he developed a reputation as a bully and a thug. Later, he transferred to Pennsylvania State University, where he became involved in on-campus fighting and was later detained for assault. In prison, he continued to hone his rapping abilities. He eventually continued on to Baruch College in New York City to pursue a degree in political science. He used to market his musical albums on the streets of New York at the beginning of his career.

He established Project Green Light in collaboration with Omeid International, a non-profit human rights group, and is well known for his charity endeavors. The proceeds from his third record were also used to erect an orphanage in Afghanistan.
His private life has not been extensively discussed, however, it is assumed that he is unmarried right now.

American rapper and urban activist Immortal Technique has a $2.5 million dollar fortune. Felipe Andres Coronel, better known as Immortal Technique, was born in Lima, Lima Province, Peru, and then migrated with his family to New York City. He frequently encountered legal issues while growing up and eventually spent a year in jail after enrolling in college. He continued to perfect the rap abilities he had started to build while incarcerated while attending studies at Baruch College. As a result of his stellar Battle MC reputation, he started selling his songs on the street. Multiple newspapers took notice of his independently produced and published first full-length album, and Source Magazine added him to their list of the top unsigned rap acts on their “Unsigned Hype” list. He was subsequently selected by Source as a 2003 “Hip Hop Quotable,” and he continues to be the only unsigned rap artist to receive the distinction. In addition to re-releasing his two earlier independent ventures, he also released two new albums after signing with Viper Records in 2004.