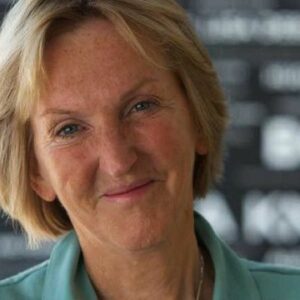 Ingrid Newkirk is a well-known animal rights activist who co-founded PETA, the largest animal rights group in the world. She is most recognized for raising awareness about numerous animal rights concerns all around the world as an outspoken woman. Among other accomplishments, her organization has exposed the atrocities perpetrated on innocent animals in laboratories, caused the closure of North America’s largest horse slaughterhouse, and assisted in the abolition of all animal crash tests. She wasn’t particularly fond of animals as a child, and she wasn’t even a vegetarian who enjoyed eating meat. Her attitude toward animals began to shift once she witnessed the horrifying cruelty to which animals are frequently exposed. She was the first female poundmaster in the District of Columbia in the 1970s, and she was a strong supporter of animal rights. Alex Pacheco, an animal rights activist, was a life-changing encounter for her. Alex helped her realize what she was here for: to rescue animals from harm and to fight for their welfare. People for the Ethical Treatment of Animals (PETA) was founded by the couple in the United States at a period when animal abuse awareness was still in its infancy.

Her father was a navigational engineer, and she was born in the United Kingdom. When she was seven years old, her family relocated to New Delhi, India. Mother Teresa’s mother used to volunteer for her at various organizations.
She went to a Himalayan convent boarding school. Her time at the school was a nightmare, as she was abused by the nuns and brainwashed about the concept of god.

She assisted her mother with her charity activities, which included stuffing toys for orphans, preparing bandages for persons with leprosy, and feeding stray animals.

One of her first attempts at animal rescue ended in tragedy: she attempted to save a dog that was being tormented by some people, but the dog died in her arms.

When her father joined the US Air Force when she was 18 years old, her family returned to the United States.

She was training to be a stockbroker in Maryland in 1970, and she had no plans to pursue a career in animal welfare at the time. She tried to save some kittens that her neighbor had abandoned and carried them to a shelter, where they were ruthlessly slaughtered. This inspired her to campaign for animal rights.

Cleaning kennels and investigating animal cruelty incidents were her first jobs in the field of animal welfare. She discovered widespread animal maltreatment in the kennels and reported it to the authorities.

She went on to work as an animal protection officer and a Maryland deputy sheriff. During her tenure, she had the best success rate in convicting animal abusers. She also worked for the Commission of Public Health in Washington, D.C. as the chief of animal disease control.

She was the first female poundmaster in Washington, D.C., and she oversaw the establishment of the city’s first spay and neuter clinic. She also aided in the establishment of a veterinary clinic and an adoption program. She was instrumental in the closure of numerous groups that participated in animal cruelty and abuse.

In 1980, she met animal activist Alex Pacheco. He presented her with a copy of Peter Singer’s ‘Animal Liberation,’ a book that delves into the intellectual underpinnings of the animal liberation movement. She realized her life’s purpose after reading this book.

In March 1980, she and Pacheco co-founded the animal rights organization People for the Ethical Treatment of Creatures (PETA) to educate the public about animal rights and to raise awareness of the cruelties that these animals face in the name of science and entertainment.

Newkirk and Pacheco looked into the work of Edward Taub, a psychologist who used electrical shocks and physical restraint on monkeys in his experiments. They took pictures of the monkeys’ deplorable living conditions and contacted the authorities. The tragedy of the Silver Spring monkeys sparked a debate that resulted in an amendment to the 1985 Animal Welfare Act.

Following this incident, PETA became a well-known international animal rights organization, with Newkirk as its president. Since then, the organization has exposed animal abuse in laboratories, assisted in the closure of slaughterhouses, and persuaded several major corporations to quit using animal products such as fur.

Despite all of its accomplishments, PETA and Newkirk have been accused of discrimination. She’s also been chastised for using media stunts to bring attention to animal rights problems.

People for the Ethical Treatment of Animals (PETA), the world’s largest animal rights group, is her co-founder and international president. ‘Animals are not ours to eat, wear, experiment on, use for entertainment, or harm in any manner,’ says the organization’s slogan.

In March of 1995, the Peace Abbey in Sherborn presented her with the Courage of Conscience award.

Steve Newkirk was her first husband, whom she divorced in 1980. She got herself sterilized because she did not want to have children.

Ingrid Newkirk is one of the wealthiest Animal Rights Advocates and one of the most well-known. Ingrid Newkirk’s net worth is estimated to be $1.5 million, according to Wikipedia, Forbes, and Business Insider.