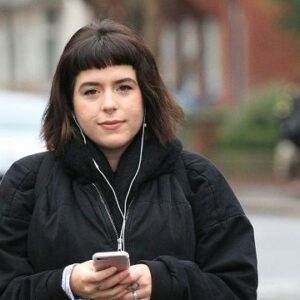 Tom Cruise and Nicole Kidman’s adopted daughter is named Isabella Jane Cruise. Isabella had to go through a lot of hardships and psychological damage despite being the daughter of well-known Hollywood celebrities. She was just nine years old when her parents divorced, and she struggled with sadness and anxiety throughout her youth. Isabella keeps a quiet profile and avoids discussing her tumultuous romance with Nicole Kidman. She secretly wed Max Parker, the love of her life and a professional IT consultant. The absence of Tom Cruise and Nicole Kidman from the wedding, despite the fact that it was a low-key event, led to many rumors. As far as her career is concerned, she aspires to work as a hair and makeup artist in the entertainment sector. Additionally, she has participated in a few independent films as a makeup artist.

Due to Nicole’s miscarriage, the then-celebrity couple was going through a difficult time. They subsequently made the decision to pursue adoption, and with the assistance of the “Church of Scientology” officials, they successfully adopted Isabella. She gave Tom and Nicole’s tragic relationship a glimmer of optimism. Over the ensuing few years, Nicole and her daughter had a close relationship that grew stronger.

At the age of nine, Isabella witnessed Nicole and Tom’s divorce. Isabella was heartbroken by the divorce, which also damaged her relationship with her parents. She cut off communication with Nicole and even stopped referring to her as “Mom.” A significant factor in their relationship’s troubles was Scientology. Some Scientologists referred to Nicole as a “suppressive person” and accused her of being tormented by Tom and her kids.

After that, Isabella became friendly with Katie Holmes, her father’s third wife. Tom thanked his children, Isabella and Connor, for being encouraging and for embracing Katie in a speech he gave just before his wedding to Katie. Unfortunately, that romance was also short-lived because Isabella relocated to Britain immediately following Tom and Katie’s divorce in 2012.

But Isabella and her father continue to get along well. The father-daughter pair frequently appears to be spending time together. When Isabella wed Max Parker, an IT expert, in 2015, many people were taken aback. Numerous rumors were generated as a result of Nicole Kidman and Tom Cruise’s absence from her wedding.

Tom paid for the wedding, but he refrained from attending the ceremony. In contrast, Nicole was not even told about the wedding. In 2016, Nicole met her son-in-law for the first time and had an emotional reunion with her daughter. In 2018, Isabella honored Nicole by incorporating her mother’s name into her recently unveiled clothing line.

Isabella wanted to write movies when she was younger. Isabella was nevertheless kept away from Hollywood’s dazzling glitz by Tom and Nicole. She was never brought along to any premieres or gatherings. She was homeschooled, thus she was unable to attend a traditional school.

Isabella moved to London to continue her education there, where she majored in art. Later, she finished a 12-month professional hairdressing diploma program at “Sassoon Academy.” She had a lot of expertise and understanding in hair and makeup by that point. She enrolled in the esteemed “Delamar Academy of Make-up & Hair” at London’s Ealing Studios. Her current goal is to launch a chain of styling and makeup academies.

Max Parker and Isabella Parker are happily married and reside in a semi-detached home in Croydon, London. She and her spouse moved into their new house in 2017. Instead of living a wealthy lifestyle in Los Angeles, she has chosen a simpler way of life. She has also turned down her parents’ financial assistance. In fact, Isabella and Max were spotted unassisted moving into their new house. It appears that the pair has made the decision to live a straightforward and contented life.

In Miami, Florida, Isabella Jane Cruise was born on December 22, 1992. Tom Cruise and Nicole Kidman also adopted her brother, Connor Cruise. They are Suri, Sunday Rose, and Faith Margaret, her three half-sisters. Sunday and Faith are the daughters of Nicole Kidman’s second marriage to Keith Urban, while Suri is the biological daughter of Tom and Katie.

Isabella Cruise has a net worth of $5 million and is a well-known American actress. In 1992, Isabella Cruise was conceived. She is most recognized for being Nicole Kidman and Tom Cruise’s adopted daughter. She and her mother Nicole had a tumultuous relationship following their divorce. Isabella grew up with her father Tom, her half-sister Suri, her adopted brother Connor and all of them. The Church of Scientology was Isabella Cruise’s upbringing. She wed Max Parker in 2015, and the two of them now reside in London. Her Fiat 500 has been spotted on the road.