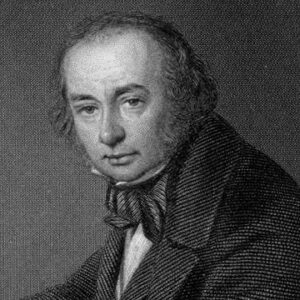 In Hampshire, he was born to Sir Marc Isambard Brunel, a French construction engineer, and Sophia Kingdom. He was the younger of two sisters. His father was a prosperous businessman who grew up in a happy family.
His father taught him how to draw and how to observe things. His father instilled in him a passion for civil engineering from a young age.

When he was eight years old, he was transferred to Dr. Morrell’s boarding school in Hove. Isambard’s father was adamant that his son obtain a good education, so he sent him to the College of Caen in Normandy and then to the Lyc é Henri-IV in Paris.

His father, although being a great engineer, struggled with money management and was sent to a debtor’s prison as a result of his debts. Later, though, he was released.
Isambard tried out for a place at the prestigious cole Polytechnique in France. However, because he was a foreigner, the school declined to accept him. In 1822, he returned to England as an apprentice under horologist Abraham-Louis Breguet.

When he returned to England, he began working for his father. Work on a tunnel beneath London’s River Thames began in 1825, and Isambard Brunel was appointed Resident Engineer on the project his father was overseeing a few years later.

Two senior miners were killed in a severe accident during the tunnel’s construction in 1828. Brunel himself was gravely hurt and nearly averted death. This resulted in the effort being halted for several years.
In 1831, a competition was organized in Clifton, Bristol, to determine the best design for a bridge spanning the Avon River Gorge. Brunel was the winner of the competition and was given the job of designing the Clifton Suspension Bridge.

The Clifton Suspension Bridge was built in 1831. At the time, the bridge had the largest span of any bridge in the world. However, due to the Queen Square Riots, the work had to be halted. Brunel’s bridge would not be finished in his lifetime.

In 1833, he was named chief engineer of the Great Western Railway. He chose a 7 ft (2,134 mm) broad gauge for the lines, which sparked debate because other British railways at the time utilized standard gauge. The first trains were ran on the railway in 1838.

In 1836, he was hired as an engineer by the Great Western Steam Ship Company, and he began work on the SS Great Britain, a passenger steamship that was the first propeller-driven iron ship and the largest ship at the time. In 1843, the ship was launched.

He constructed the SS Great Western, a paddle-wheel steamer with a wood hull that was built to traverse the Atlantic. She was the largest passenger ship from 1837 to 1839. The Royal Mail Steam Packet Company bought her later.

He is best recognized for being the project’s principal engineer on the Great Western Railway. The railway was constructed to connect London with the west and Wales. He incorporated several advancements into his railway design, which became known as “God’s Wonderful Railway.”

In 1830, he was elected a Fellow of the Royal Society.
Isambard Kingdom Brunel and his father, Marc, are honored at the Brunel Museum in England.

In 1836, he married Mary Elizabeth. His wife was the composer Horsley’s daughter. They had three children together. Henry, one of his sons, was also a distinguished civil engineer.
He was a habitual cigarette smoker. In 1859, he had a stroke and died after ten days; he was just 53 years old.

The animated film ‘Great,’ directed by Bob Godfrey in 1975, was based on this early nineteenth-century English civil engineer.