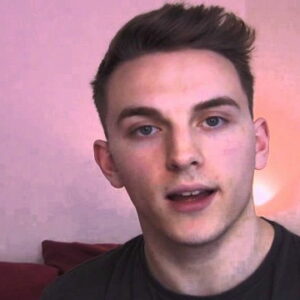 As one half of the comedy duo “Jack and Dean” with his friend Dean Dobbs, Jack Howard is a British filmmaker, comedian, and YouTube sensation best known for their comedic skits and short skit films. The duo rose to fame on YouTube, and since 2012, they have been doing performances at the British YouTube convention called “Summer in the City.” They later performed live at the 2014 Reading and Leeds festivals. They started working with BBC Radio 1 in the same year, and they have so far created two iPlayer episodes for the BBC called “Clickbait” and “Official Chart Bite.” The pair collaborated with Dan and Phil to headline the Internet Takeover of Radio 1’s “Big Weekend” in June 2015. Their web sitcom “Jack & Dean Of All Trades” made streaming history by becoming the first original series to receive a second season renewal. He and Matt Holt each received a nomination for “Best Direction” for the show at the 2016 “Streamy Awards.” Jack also has his own YouTube account. He was also a character in the animated web series “Eddsworld,” which was created by his buddies Tom, Edd, and Matt, and was titled “Space Face Part 1.”

After a buddy of his demonstrated video editing using the Windows Movie Maker program by substituting a song for the soundtrack of the “Gears of War” trailer, Jack Howard began creating YouTube videos. He was immediately astounded and began to perform that “magic,” fusing wrestling videos with fan-made Spiderman teasers. He ultimately became tired of editing the videos of other people and was anxious to start working on his own projects.

He had taken Dean Dobbs’ math class in high school and asked him to participate in a film project he was working on at the time. Because the lead actor got his hair shaved halfway through filming, their movie was never finished. But the two 16-year-olds ended up working together for a very long time. In December 2008, they first began posting parody videos to their joint “Jack and Dean” YouTube channel. The channel currently has more than 600k subscribers, but his own independent channel, which he started in May 2006, only has 410k. With 2.2 million views, the one-minute sketch “Superglued” is the most popular video on their combined channel.

Terry and Angela Howard welcomed Jack into the world on February 11, 1992, in Long Eaton, a small community located halfway between Nottingham and Derby. Charlotte, his younger sister, is related to him. He made the decision to change his accent after realizing it was terrible when he started college. He frequently makes the joke that he fakes being hilarious online in order to win over his father.

In October 2015, Jack Howard allegedly split up with Hazel Hayes, a fellow YouTuber who is also a writer and director, and started dating her. They frequently worked together on YouTube videos before they started dating. She has occasionally appeared on his channel, and he has been in a number of videos on hers. On December 10, 2017, after both parties made the announcement on their separate Twitter accounts, they ended their relationship in the open. Fans, however, didn’t take kindly to their ‘convenient’ relationship or their overly formal pronouncements of separation. It’s interesting to note that in their tweets, they each addressed the other person by full name, stated that they would “heal” or “repair” themselves, and asked people to refrain from making further assumptions. Given that they are both writers, some fans even believed that it was a marketing gimmick to get people to think the contrary because of how “royal” sounding their remark sounded.

Despite being friends with fellow YouTuber Louise Pentland, Jack Howard criticized her and a number of other Gleam Futures-managed YouTubers, including Jim Chapman, Zoella, Joe Sugg, Alfie Deyes, Caspar Lee, Marcus Butler, Niomi Smart, Tanya Burr, and Jim Chapman, for being materialistic after they declined to attend the UK’s most prestigious ticketed YouTube fan event, “Summer in the City,”

One of the wealthiest and most well-known YouTube stars is Jack Howard. Jack Howard’s net worth is roughly $1.5 million, according to our analysis of data from sources like Wikipedia, Forbes, and Business Insider.