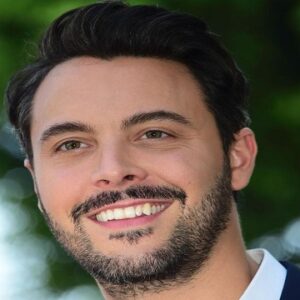 Jack Huston, who was born into one of Hollywood’s oldest and most prominent families, has carved out a name for himself in the profession because to his outstanding acting abilities. The swashbuckling actor has appeared in a number of projects, both on the big and small screens. He comes from a family of performers and directors that dates back generations. Coming from such a family, he was always expected to take on the role of actor or director. He did not disappoint, as his first part came when he was only 22 years old. Since then, Jack has appeared in a number of films and television shows, and his performances have consistently wowed both audiences and reviewers. He has played a variety of characters over the course of his more than ten-year career, demonstrating his versatility as an actor. In addition to onscreen acting, he enjoys stage acting and providing his voice to musicals, which he does in between his onscreen commitments.

Jack Alexander Huston was born in King’s Lynn, Norfolk, on December 7, 1982. He was the only child of Lady Margot Lavina Cholmondelev and Walter Anthony Huston, or Tony Huston as he was known. Tony is an actor, screenwriter, and director who has worked in the film industry for a long time.

His family tree is well-documented and fascinating. From his father’s side, he has Irish, Scottish, English, and Italian ancestry. His grandfather, John Huston, was a film director, and his great-grandfather, Walter Huston, was a well-known Canadian actor. He has Iraqi, Indian, German, and American ancestry from his mother’s side.

Acting was in his blood, and he began creating a name for himself at a young age. At the age of six, he had his first acting role as the titular character in a school production called ‘Peter Pan.’ In his later years, he also attended Hurtwood House, a theatrical school.

He was born and raised in England, where he developed his natural British accent. Before his family went to America, he did a few gigs on the stage there.

In 2004, Jack made his television debut as Flavius in the USA network’s television series “Spartacus.” His clean appearance, genuine English accent, and good acting talents got him noticed right away, and it was the start of a great acting career.

Soon later, the opportunity to work on the big screen presented itself. In 2006, he starred in the film ‘Factory Girl,’ in which he played a pivotal role. The film was based on the life of American model Edie Sedgwick, and Jack played poet Gerard Malanga in it.

Huston returned to television in 2008 and 2009 with BBC/Miss Masterpiece’s Austen Regrets and Eastwick. However, it was his performance in HBO’s Broadway Empire in 2010 that made him famous, in which he played a physically and mentally scarred survivor of World War I who became a hired gun following his return. In the first season, he had a recurrent role in the series, appearing in five episodes. Many people consider this to be his best effort on screen.

Huston appeared in Al Pacino’s directorial debut Wild Salome the next year. Not Fade Away, Two Jacks, based on a novel by Leo Tolstoy of the same name, and Night Train to Lisbon were among the many films that came his way. In 2013, he starred alongside Amy Adams, Christian Bale, and Bradley Cooper in David O. Russell’s American Hustle, a crime drama starring Amy Adams, Christian Bale, and Bradley Cooper.

Huston has dabbled in a variety of artistic mediums in addition to celluloid. He performed the narrator on John Zorn’s 2012 music album A Vision of Blakelight, a memorial to the late poet William Blake. He returned to the theater the following year, playing Charles Bruno in Strangers on a Train at London’s Gielgud Theatre. He also did some modeling for GAP, which included his dog.

He appeared in films such as Posthumous, The Longest Ride, Hail, Ceaser!, and Their Finest between 2014 and 2016. In the remake of the 1959 classic Ben-Hur, he also portrayed the titular role.

In 2017, a slew of films starring him are set to hit theaters. Militia, Berlin, I Love You, An Actor Prepares, and Above Suspicion are among them. He’ll also appear in Squadron 42, a sci-fi adventure video game expected to be released in 2017.

Boardwalk Empire is thought to be when he showed off his best acting abilities. He has received numerous honors and nominations for his depiction of Richard Harrow, a military soldier turned criminal.

In the 2016 version of the classic, he played Judah Ben-Hur. Despite the film’s failure, Jack’s performance in it was outstanding.

The Screen Actors Guild Awards presented Huston and his co-stars with the prestigious ‘Outstanding Performance by a Cast in a Motion Picture’ award for Boardwalk Empire in 2012 and American Hustle in 2013.
The Online Film & Television Association nominated him twice for ‘Best Supporting Actor in a Television Series’ for his performance in Boardwalk Empire.

In 2011, Jack began dating American model Shannan Click, with whom he has been in a relationship since since. Sage Lavina Huston, born on April 6, 2013, and son Cypress Night Huston, born in January 2016, are the couple’s two children.

Jack Huston has a net worth of $5 million dollars and is an English actor. Jack Alexander Huston was born in December 1982 in London, England. He is well recognized for his role as Richard Harrow in the HBO television series Boardwalk Empire. Anjelica Huston’s nephew, Jack, is an actor.