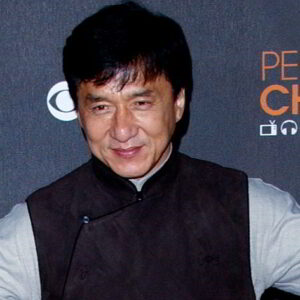 Jackie Chan, sometimes known as Chan Kong-sang, is a world-renowned martial arts icon. He has worked as an actor, director, producer, action choreographer, stuntman, and other roles. He is well-known both in Asia and in the West for his amazing comic timing and fighting style. Chan is believed to have performed all of his stunts on his own, despite breaking and damaging nearly every part of his body. He has appeared in over 100 Hong Kong and Hollywood films, with more than ten of them being his own directorial efforts. He has been in films like as ‘Rush Hour,’ ‘Rush Hour 2,’ ‘Shanghai Knights,’ ‘Shanghai Noon,’ ‘The Tuxedo,’ and ‘The Karate Kid,’ among others, and has received critical acclaim for each of them. He began his career as a young actor in Hong Kong movies, and his talent and dedication quickly made him a household name in Hollywood. He announced his semi-retirement from action films in 2012 at the Cannes Film Festival, stating that he needed to take care of his physique at the time.

Jackie Chan was born Chan Kong-sang on April 7, 1954, in British Hong Kong parents Charles and Lee-Lee Chan. His parents were Chinese Civil War exiles who worked for the French ambassador in Hong Kong.

Jackie Chan’s father was assigned to the American Embassy in Canberra, Australia, in 1960. Chan began training in music, dance, and traditional martial arts at the Chinese Opera Research Institute in Hong Kong about this period. There, he joined the Seven Little Fortunes, a theatrical troupe.

Jackie Chan made his film debut in 1962, at the age of eight, in the film ‘Big and Little Wong Tin Bar,’ alongside his fellow members of the performance group. As a result, he’ll be in another film next year called ‘The Love Eterne.’ Following that, he continued to make cameo roles in films such as ‘Come Drink with Me’ (1966) and ‘A Touch of Zen’ (1971). He also worked as a stuntman in Bruce Lee’s flicks ‘Fist of Fury’ and ‘Enter the Dragon’ for a short time.

Jackie Chan’s first major role was in the film ‘Little Tiger of Canton’ when he was 19 years old, and he then went on to act in ‘All in the Family,’ a comedy film (1975). Chan’s first naked sex scene was in this film. Because his action films had been a flop up to this point, he made the switch to comedy.

Willie Chan, a Hong Kong film producer, offered Jackie Chan the chance to work as a stuntman in his film in 1976. The film was titled ‘New Fist of Fury,’ and Chan played the lead role. The film did not do well because Chan was unable to portray Bruce Lee’s martial arts style, which was meant to be the basis for the entire film.

In 1978, Chan appeared in the film ‘Snake in the Eagle’s Shadow,’ which was a critical and commercial success for him. Chan had complete creative control over how he staged his feats. This film is credited with creating the humorous kung fu genre, which went on to become extremely popular among Hong Kong audiences.
Following the death of martial arts prodigy Bruce Lee, Chan felt compelled to do so. Chan, on the other hand, determined to create his own style of filmmaking. He was dubbed the most popular martial arts superstar in Asia in 1978. His debut film, ‘The Young Master,’ was released in 1980. This film was a smash blockbuster and is credited with being the first to combine slapstick comedy and martial arts. He directed and performed in another film named ‘Dragon Lord’ in 1982. He experimented considerably with complicated stunts in this film. Chan starred in the 1983 film ‘Project A,’ which featured a risky stunt-driven martial arts approach. At the 3rd annual Hong Kong Film Awards, this film was named the Best Action Design Award winner.

In 1985, Chan founded the ‘Jackie Chan Stuntmen Association’ after numerous stuntmen were injured during the filming of ‘Police Story,’ and no one wanted to work with him again. This organization was founded with stuntmen’s safety and well-being in mind.

In 1987, he starred in and directed the film ‘Armour of God,’ which was his biggest domestic box office hit. It was estimated that it brought in roughly 35 million Hong Kong dollars. Following it, he made ‘Miracles – Mr Canton and Lady Rose,’ which was likewise a commercial success. Chan founded the ‘Golden Way’ production company as a result of the success of these two films.

Between 1988 and 1998, he had a slew of offers from Hollywood, including ‘Rumble in the Box,’ ‘Police Story 2,’ ‘Armour of God II: Operation Condor,’ ‘Police Story 3: Super Cop,’ ‘Drunken Master II,’ and ‘Police Story 4: First Strike.’ Initially, Chan was given the part of villain in Hollywood films, but he declined because he did not want to play a conventional character. He turned down the lead role in Sylvester Stallone’s film “Demolition Man.” Despite his inadequate command of the English language, he was offered more and more assignments.
Chan starred in the Hollywood film ‘Rush Hour,’ which was a box office smash in 1998. In the film, he collaborated with comic actor Chris Tucker. Following the great success of the first film, both actors reunited for the sequel ‘Rush Hour 2’ in 2001. Following that, he appeared in big-budget films such as ‘The Tuxedo,’ ‘Shanghai Knights,’ and ‘Shanghai Noon’ (opposite Owen Wilson).

Chan sang the original music and voiced the role ‘Shang’ in the film ‘Mulan.’ He also contributed his voice to the character based on him in the anime ‘Jackie Chan Adventures’ from 2000 to 2005.
In the film ‘The Medallion,’ he collaborated with British comedian Lee Evans and Claire Forlani in 2003. At the box office, this film did not perform well.
In 2004, he appeared in the film ‘Around the World in 80 Days,’ which was a moderate box office hit.
‘The Huadu Chronicles: Blade of the Rose,’ ‘New Police Story,’ ‘The Myth,’ and ‘Robin-B-Hood’ were among his 2005 titles. I

‘Rush Hour 3’ starring Chan and Roman Polanski grossed over 258 million dollars in 2007.
‘The Karate Kid’ was remade in 2011 and starred Chan and Will Smith’s son Jaden Smith. At the box office, the film was a huge hit, grossing over $358 million dollars. It was the year’s most talked-about film, featuring a mix of Chinese and American martial arts. In 2011, he released his 100th film, ‘1911,’ which marked the beginning of his career. Following the release of ‘Who Am I?’ in 1998, this is his debut directing effort.

Chan’s first two directorial endeavors, ‘The Young Master’ and ‘Dragon Lord,’ were released in 1980 and 1982, respectively. Both films did extremely well at the Hong Kong box office, and for the first time, fresh developments in humor and martial arts stunts were featured in the films.

For his work in the film ‘Police Story 3: Super Cop,’ he won the Best Actor Award at the 1993 Golden Horse Film Festival. At the 2005 Golden Rooster Awards, he won Best Actor for the film “New Police Story.”
In 2011, he won the Buttkicker award at Nickelodeon’s Kid’s Choice Awards for his film “The Karate Kid,” in which he co-starred alongside Will Smith’s son Jaden Smith.

Chan married Lin Feng-jiao, popularly known as Joan Lin, a Taiwanese actress, in 1982. They had a son, Jaycee Chan, who is a singer and actor, in the same year. Chan is a Buddhist who practices meditation. He is multilingual, speaking Cantonese, Mandarin, English, German, Korean, Japanese, Spanish, Thai, and other languages.

Chan claims he was born into such a destitute family that his parents offered to sell him to the British doctor who delivered him when he was born. Chan had an extramarital romance with a woman named Elaine Ng Yi-Lei, and they had a daughter named Etta in 1999. Chan never acknowledged Etta as his daughter in writing. He is a die-hard football enthusiast who cheers for the Hong Kong national team, England’s national team, and Manchester City.

Chan has broken his nose, ankle, fingers in the hand, cheeks, skull, and other bones while performing his own stunts. He almost perished during the filming of ‘Armour of God,’ as is well known. As a result, he is unable to obtain insurance in the United States.

Jackie Chan has a net worth of $400 million.