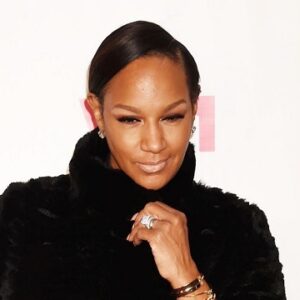 Jackie Christie is a well-known reality television celebrity who is most known for her appearance on VH1’s ‘Basketball Wives: Los Angeles.’ She is the wife of basketball player Doug Christie. This American celebrity is incredibly successful both in the entertainment and business worlds, and her fans consider her to be the most vocal and contentious cast member. Jean Fya Records, a music production label, and BSM Media, an entertainment firm, are her two businesses. Not only that! She is also a fashion designer who owns the ‘Slayed by Jackie Christie’ label. She is also an author who has written a number of motivating books. This multi-talented woman is also known for her charitable disposition. Jackie Christie is known for her charitable activities, and her followers adore her for it. The 47-year-old has been married to her spouse for more than two decades and is a passionate family woman.

Her outspoken character also contributes to her appeal. ‘The Christies: Committed,’ which Jackie and her husband created, is a reality show. The show focused on both their professional and personal life. This sitcom, however, only lasted six episodes before being canceled before the conclusion aired. After that, Jackie Christie began writing and in 2007 became a book publisher. She then launched a fashion line called ‘Slayed by Jackie Christie.’

She was even able to start two businesses: Jean Fya Records and BSM Media. These companies are a music label and an entertainment corporation, respectively. Jackie Christie is also quite popular on social media, with thousands of followers. The American beauty currently has 301K Instagram followers and 695K Twitter followers.

Jackie Christie is the author of a variety of works, including ‘Woman,’ ‘No Ordinary Love,’ ‘Sexual Relations,’ ‘Proud to be a Colored Girl,’ ‘In The Land of Sex & Money,’ and ‘Luv Pons.’

When Jackie Christie shared a topless photo on Instagram, it caused a stir. This was an unintended incident, according to Christie. She quickly withdrew the photo, but it was too late for some others who had already downloaded and shared the contentious photograph online. This episode almost resulted in her divorce, as her spouse was understandably enraged by the situation. After persuading him that it was all an accident, she was able to save her marriage.

Jackie Christie was born in Seattle on July 7, 1969. Takari, her eldest daughter, was born in 1990 after she was involved in an intimate connection at a young age. Christie’s mother, who died in 2012, used to live with her daughter. When Takari was three years old, Jackie met NBA player Doug Christie. In 1996, the couple married and had a son, Douglas Jr., and a daughter, Chantel. It’s worth noting that Doug and Jackie met through a mutual acquaintance, Stevie P, who thought the two would make a good match. The couple has been married for about two decades now.

Jackie Christie has a net worth of $10 million dollars as a television personality and reality show star in the United States. Jackie Christie was born in Seattle, Washington in 1969 as Jackie Lee. She is most known for being one of the stars of “Basketball Wives: Los Angeles,” a reality television show.

1) Jackie Christie thinks that friendship is the key to her and Doug’s happy marriage. From watching movies to shopping to working out, the pair does everything together. Furthermore, the couple continues to write each other loving letters.
2) There were allegations during Doug’s career that his wife was so possessive of her husband that she would not allow any female reporter to interview him.
3) Christie and her oldest daughter Takari have a strained relationship. On social media, the latter has even revealed specifics of their separated relationship.
4) VH1 reportedly promised Christie over $100,000 for the third season of the show.
5) Jackie Christie is the host of the ‘The Christie’s Infinite Love Talk Radio’ radio show.
6) She is a well-known philanthropist who runs the ‘Infinite Love Foundation.’
7) Once upon a time, Doug and Jackie Christie wanted to develop an adult film.