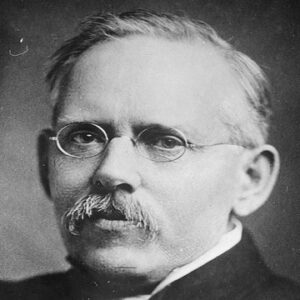 Jacob Riis, one of the most prominent and hardworking social reformers of his time, used emerging technologies to show the lives of New York’s impoverished. He began his career as a carpenter in Denmark before emigrating to the United States to try his luck in the land of opportunity. He eventually got the chance to use his journalistic skills to transmit the terrible condition of affairs of the poor and oppressed to the rich and upper strata of society after a series of odd and menial occupations. Aside from words, he used photography to provide a visual representation of the poor’s deplorable living conditions and to educate the public about them. Riis was one of the first photographers to adapt and employ flashlight technology in his work. As a result, he is known as the “Father of Photography.” Using his photographic and journalistic skills, he revealed the city’s crime and corruption, police inefficiencies, water supply issues, and other issues. Continue reading to learn interesting and intriguing information about Jacob Riis’ life and work.

Jacob Riis was born in Ribe, Denmark, to Niels Edward Riis and Carolina Riis. He was the twelfth of the couple’s fifteen children. His father was a schoolteacher who also dabbled in writing, while his mother was a stay-at-home mom.

Despite his father’s wishes for him to pursue a literary career, he aspired to be a carpenter. He began working as an intern in Carpentry Company when he was sixteen years old. To complete his education, he relocated to Copenhagen.
Returning to Ribe in 1868, he was discouraged by the lack of job opportunities and relocated to the United States in 1870, accompanied by a letter of recommendation from the Danish Consul, Mr Goodall.

He didn’t find work as a carpenter at Brady’s Bend Iron Works on the Allegheny River above Pittsburgh until the fifth day after his arrival. Meanwhile, the global landscape continued to shift when France declared war on Germany.
He traveled to New York in order to participate in the war and enlisted at the French consulate. However, he abandoned the notion because America had no preparations to send a volunteer army.

He moved to New Jersey’s Little Washington and began working at the brickyard. He learned of a group of volunteers who were headed to the war while working there. He promptly relocated to New York, but it was too late.
He left New York and relocated to Philadelphia after days and months of difficulty during which he had no work, lodging, or food. He recovered his health under the care of the Danish Consul, Ferdinand Myhlertz.

He finally found work as a carpenter in the state’s western Scandinavian villages. His reputation as a carpenter grew as a result of his high-quality work and affordable costs, but he was exploited by his employers.
Meanwhile, he began writing in both Danish and English in an attempt to make a living as a writer. He even applied for a job at the Buffalo News, a New York newspaper, but was turned down.

He went to New York, frustrated by the exploitation, and began working as a salesman, selling flatirons and fluting irons. He was quickly promoted to the position of sales representative.

Meanwhile, he maintained his search for a journalism position, which he eventually obtained after being hired as a trainee at the New York News Association. He was hired as an editor for the weekly newspaper News because of his competence and work ethic.

Instead of looking for another employment after the newspaper went bankrupt, he bought the company and worked hard to bring it back from the brink of bankruptcy.

Due to a series of circumstances in his personal life, he sold the newspaper for a large profit and relocated to Denmark to marry his boyhood girlfriend. When he returned to New York, he took a job as an editor at the Brooklyn News, a newspaper in south Brooklyn.

The New York Tribune then offered him a job as a police reporter. He worked in the city’s poorer slums and crime-ridden neighborhoods in this capacity. The deplorable living conditions of the impoverished and penurious encouraged him to strive for a social cause.

He entirely transformed his writing style, infusing a succinct and more theatrical approach to the themes, establishing himself as one of the earliest reformist journalists of the time.

Meanwhile, the emergence of the flashlight, a German invention that permitted a photographer to capture images in the dark, ushered in a huge technological revolution in the realm of photography.

He and three other companions utilized the powerful gadget to take images of the gloomy slum neighborhoods. He then submitted a report about the incident, which was published in The Sun on February 12, 1888. He was one of the first Americans to use flash light as a result of this.

For the next three years, he wrote several articles using his own images as well as those of other commissioned photographers. He then utilized the gadget to cover Mulberry Street’s dismal, poverty-stricken regions, illustrating the tough existence of the slums and the challenges encountered by the underprivileged and criminals.

After amassing a collection of images, he put them together to produce an illustrated essay. His article was rejected by Harper’s New Monthly Magazine, despite the fact that he submitted it. He began to consider public speaking at that point.

Eventually, the editor of Scribner’s Magazine urged him to submit an illustrated essay. He contributed an eighteen-page article titled “How the Other Half Lives” to the 1889 Christmas edition. Nineteen images and line drawings were included in the article.

Because of the article’s success, there has been a growing desire for a full-fledged version of it. He instantly accepted the invitation to rekindle his long-dormant dream of authoring a book.

During the day, he continued to work as a reporter for the New York Sun, but his evenings were reserved for public speaking. As a result, he only had the night to write on the book.

He finally published ‘How The Other Half Lives — Studies Among the Tenements of New York’ in 1890. The book included the eighteen line drawings that had appeared in the Scribner’s article, as well as seventeen halftone reproductions. It was well-received by the public and well-received by the readers.

Two years later, he published a sequel, ‘Children of the Poor,’ which gave a thorough account of the lives of the children he had met in slums and poverty zones.

In the years that followed, he worked as a reporter and author. While his newspaper pieces focused on the unpleasant realities of society, such as corruption and crime, his books provided a thorough depiction of life in the shantytowns of major cities.

During this time, he became friends with Theodore Roosevelt, who praised the activist reporter and photographer’s sharp elegance and work. The friendship lasted until Roosevelt was elected President and even after that.

He published his autobiography, ‘The Making of an American,’ in 1901. Following that, he published a variety of books, including ‘The Battle with the Slum,’ ‘Children of the Tenements,’ ‘Is There a Santa Claus?,’ ‘Theodore Roosevelt, the Citizen,’ ‘The Old Town,’ ‘Hero Tales of the Far North,’ and ‘Neighbors: Life Stories of the Other Half,’ among others.

He initially fell in love with Elisabeth Gj rtz, the 12-year-old adopted daughter of the owner of the company where he worked as an apprentice carpenter, when he was sixteen years old.

He proposed to her multiple times over his life, but she turned him down each time. After the death of her fianc e, she finally accepted his marriage proposal.

They married in Denmark before relocating to New York. They had three children: Clara C. Riis, a daughter, and John Riis and Edward V. Riis, two sons.

In 1905, he suffered a personal tragedy when his wife, Elisabeth, became ill and died. Two years later, he married Mary Phillips for the second time and moved to a farm in Barre, Massachusetts with her.

On May 26, 1914, he passed away, leaving behind his wife and children.
He was given a feast day on the Episcopal Church’s liturgical calendar after his death, together with Walter Rauschenbusch and Washington Gladden (USA).
He is commemorated by a number of parks, educational institutions, playgrounds, and districts.

Jacob is one of the wealthiest photographers and one of the most popular. Jacob Riis’ net worth is estimated to be $1.5 million, according to Wikipedia, Forbes, and Business Insider.

‘How The Other Half Lives’ is a book written by this Danish American social reformer who used a written and photographic depiction to expose the deplorable living conditions of the destitute in New York City.