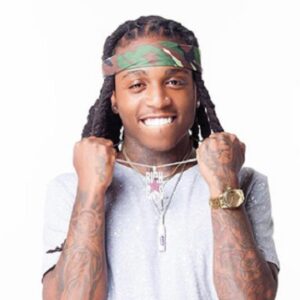 Rodriquez Broadnax, better known by his stage name Jacquees, is an American singer and composer widely regarded as the next big R&B sensation. He taught himself to sing when he was nine years old after seeing television episodes about the Jacksons and the Temptations’ music. He went on to compete in a variety of talent competitions during his school years, earning awards year after year. His professional career began slowly, but quickly increased in size. He rose to prominence after collaborating with rapper T.I. on the tune ‘Krazy.’ He then released a series of mixtapes before releasing his EP ’19,’ which launched his career. The fact that he was on the Billboard charts motivated him to work harder, and he soon signed a record deal with Cash Money Records. He met his hero Birdman and collaborated on the mixtape ‘Lost At Sea’ with him. With his help, he hopes to become the most successful R&B artist in history. His debut album, ‘4275,’ is nearing completion. He mentioned in a recent interview that he has auditioned for a few film roles and is getting ready to make his acting debut soon.

He never had a vocal coach and mastered his craft on his own with enough practice. He began writing songs, sometimes with his pals, when he was just 12 years old, in addition to singing.
Usher, Ginuwine, R. Kelly, Jodeci, Boyz II Men, and Hot Boys were among the R&B and hip-hop artists he grew up listening to. His mother adored Luther Vandross and Marvin Gaye, therefore he listened to a lot of classic music by them.

Jacquees received encouragement from his family and relatives when he would sing while watching movies. He first performed in a talent show when he was in fifth grade at Canby Lane Elementary School in Atlanta, Georgia. He won first place by performing ‘I Want You Back’ by the Jackson 5.
He went to Mary McCleod Bethune Middle School and competed in talent contests every year. He was the winner of two talent shows there, as well as one at Dekalb County Middle School.

In 2007, Jacquees began his professional career after meeting Orlando Grind, who eventually became his manager. Dexx Lee and J. Sims were among the first to notice him.
He began his career by performing at local talent events. Russell ‘Block’ Spencer, the founder and CEO of ‘Block Entertainment,’ eventually introduced him to Orlando. He began by working behind the scenes on rap projects that Block was involved with at the time.

Only after Block changed his concentration to R&B and saw how brilliant he was, did he get the chance to exhibit his genuine talents. In 2009, he became more active with Block Entertainment’s recording studio and released the single “Krazy” with American rapper T.I., which gave him additional notoriety.
His first EP, titled ‘I Am Jacquees,’ was released in 2009, but it wasn’t until his second release that he became well-known. On August 11, 2011, he released his first mixtape, ‘Round of Applause,’ for which he had a devoted staff behind him.

On August 29, 2012, he released his second mixtape, ‘Fan Affiliated,’ a year later. He waited over a year to release his next mixtape, ‘Quemix,’ which was released on May 1, 2013.
’19,’ Jacquees’ second extended play, was released independently on March 25, 2014. The EP comprised 11 tracks and guest appearances from a number of music industry celebrities.

He announced in mid-2016 that his debut album, ‘4275,’ will be released by ‘Cash Money Records,’ however the date has been pushed out until early 2017. Chris Brown is set to appear on the album.

His second EP, named ’19,’ cemented his status as the music industry’s next big thing. He collaborated with renowned musicians including as Chris Brown, Rich Homie Quan, Lloyd, and Trinidad James on the EP. On the mixtape ‘Lost at Sea,’ he collaborated with rapper Birdman.

According to reports, Jacquees was seeing a woman named Stanesha. They were most likely involved for quite some time, as his younger sister, Miracle, stated that it was not a sudden development and that she had known her for quite some time. However, the pair later split up, reportedly not amicably.

Jacquees once said that singing comes naturally to him, that it’s “like walking,” and that he sings without effort. He further went on to remark that it would be shocking if he ever had an issue with singing.
He once took a vocal coach Jan Smith’s class when he was 15 years old. Despite his admiration for Smith, he did not continue the sessions due to the $200 per hour fee.

‘B.E.D.’ and ‘Bounce,’ two of his own tracks, were leaked, he said. He did it, he claims, to help fund his next project with Birdman, ‘Lost At Sea.’

Jacquees is a six-million-dollar-rich American singer. In April of 1994, Jacquees was born in Atlanta, Georgia. He is managed by Rich Gang and signed to Cash Money Records. In 2010, Jacquees released his debut EP, I Am Jacquees. In 2014, he released his second EP, 19.