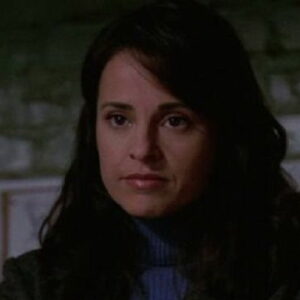 American actress Jacqueline Obradors is best known for playing Detective Rita Ortiz on the ABC crime drama series “NYPD Blue.” Several TV shows, including “Diagnosis Murder,” “The John Larroquette Show,” “L.A. Doctors,” “Cold Case,” “The Glades,” “Young Justice: Invasion,” and “Mayans MC,” to mention a few, have featured her in guest roles. In movies like “Six Days, Seven Nights,” “Tortilla Soup,” “A Man Apart,” “Deuce Bigalow: Male Gigolo,” “Unstoppable,” “Crossing Over,” and “Bad Asses,” the actress has also performed on the big screen. Jacqueline Obradors has also been featured in a number of well-known publications, including “Playboy,” “People,” and “Stuff.” She has also had experience as a voice actress. She has received numerous nominations for the ALMA Awards and Blockbuster Entertainment Awards thanks to her acting prowess. In terms of her private life, the actress is a stunning, powerful, and self-assured woman. She likes to travel and practice yoga.

The career of Jacqueline Obradors

Jacqueline Obradors worked as a cashier at the Hughes Market in Canoga Park, California, before she became an actress. She then began acting, making her debut in the drama series “Parker Lewis Can’t Lose” in 1990. Then she had appearances in “Soldier Boyz” and “Problem Child 3,” two television movies. She had an appearance in an episode of “Sliders,” “The John Larroquette Show,” and “Murder She Wrote” in 1996. The actress played Angelica in the film “Six Days, Seven Nights” two years later.

Soon after, she appeared in the drama series “Jesse” and “Battery Park,” as well as the movie “Deuce Bigalow: Male Gigolo.” Later, in 2001, Obradors debuted as Detective Rita Ortiz in the television series “NYPD Blue.” She also made appearances in the TV shows “Freddie” and “George Lopez” as well as the films “Tortilla Soup,” “A Man Apart,” and “Unstoppable” during this time. She then appeared as Phadkar in the 2009 movie Crossing Over.

Then, in 2010, the American beauty made a cameo in the drama series “Paloma Reynosa.” She made an appearance in a “The Glades” episode the following year. The drama “Young Justice: Invasion” then included her in a supporting role. In 2014, Obradors worked on the film “Bad Asses.” She appeared in four “Lopez” episodes two years later. Then, in an episode of “Mayans MC,” she was cast as Marisol Reyes.

On October 6, 1966, Jacqueline Danell Obradors was born in San Fernando Valley, California, in the United States. Her father, Albert Obradors, ran a cleaning service for offices, while her mother, Angie, worked in a church. The media is not aware of the specifics of her education.

Regarding the actress’ romantic history, Juan Garcia has been her husband for a considerable amount of time. As of the right moment, Obradors is not active on any social networking sites.

Jacqueline’s estimated net worth as of 2022 is $5 million. In addition, Obradors made $32,000 every month. Jacqueline also enjoys a luxury lifestyle at her own home.

She regards Dennis Franz, a seasoned American actor, as her acting coach.