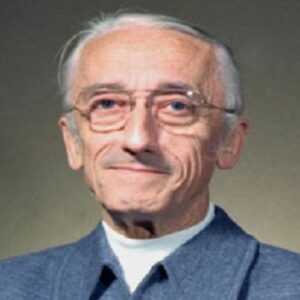 French naval officer, oceanographer, researcher, filmmaker, undersea explorer, writer, and photographer Jacques Yves Cousteau was also an author and a photographer. He was a co-inventor of scuba and diving equipment like the “Aqua-Lung.” He was a French native who spent his early years traveling with his parents. He had worked for the “French Navy” and had achieved honors. He was a committed conservationist who worked hard to stop ocean pollution. He was renowned for his thorough studies of all underwater life forms. Based on his research and explorations underwater, he wrote several books. Additionally, he created unique photographic gear that divers could use. The most well-known of Cousteau’s documentaries, movies, and TV shows based on his oceanographic work is “The Undersea World of Jacques Cousteau.” For his contributions to humanity and for his work in film, he won numerous awards. He founded the “Cousteau Society,” an organization that promotes the preservation of marine life. He had two marriages. From his first marriage, he had two sons, and from his second, he had a son and a daughter. In 1997, a cardiac arrest claimed his life.

On June 11, 1910, Cousteau was born in Saint-Andre-de-Cubzan, Gironde, France. His father, Daniel Cousteau, was a lawyer, and his mother, Élisabeth Duranthon, was a wealthy landowner’s daughter. The younger of their two sons was named Jacques. Pierre-Antoine was the name of his older brother.

Jacques experienced stomach problems like enteritis and anemia as a child. When he was 4 years old, he began swimming lessons. He grew to have a particular fondness for mechanical things as a teenager. When he was eleven years old, he constructed a model of a naval crane.

The Cousteau family traveled extensively over Europe with Eugene Higgins, a rich New Yorker who had hired his father as his legal counsel in 1918. The Cousteaus spent some time in New York during this time, where Jacques attended Manhattan’s “Holy Name School.” In Vermont’s Lake Harvey during a summer program, he learned how to dive underwater.

He was enrolled at a boarding school in Alsace, France, when he was 13 years old. He enrolled in the “French Naval Academy,” commonly known as the “Ecole Navale,” in Brest, France, after finishing college. He was soon assigned to the naval base in Shanghai, China, as the second lieutenant. He frequently photographed diverse locations in Siberia and China during his free time.

In order to become a navy pilot, he enrolled in an aviation academy. In 1933, he was involved in a car accident that almost killed him and caused him to lose both limbs. He started swimming to strengthen his arms. He received a pair of snorkeling goggles from his friend Philippe Tailliez. The beginning of Cousteau’s lifelong fascination with oceans and aquatic life was his fascination with the undersea world.

Cousteau served as the gunnery officer on board the “Dupleix” during World War II. Since the area was not under German control, Cousteau may have had the chance to practice using his underwater diving and photography gear in his spare time. He was actually utilizing tools for the French resistance struggle. Later, his efforts brought him the “Croix de Guerre.”

As the diver would be bound to the ship and have limited movement, Cousteau noticed that the traditional diving equipment had drawbacks. He produced his first underwater motion picture, “Sixty Feet Down,” in 1942 with the help of two collaborators, Philippe Tailliez and Frederic Dumas. Despite having quality restrictions due to technological issues, this 18-minute movie won praise from critics at the Cannes Film Festival.

He started working with engineer Émile Gagnan in 1937 to solve technical issues and enhance his inventions. They collaborated to create a tool that had two compressed air tanks, a mouthpiece, a pipe, and an automatic regulator. On-demand air was delivered by the machine. This prototype was given the name “Aqua-Lung” and was patented in 1943.

They discovered the Dalton, a sunken British vessel, and used it to film their second underwater film, “Wreck.” The French navy authorities were so impressed with his findings that they hired Cousteau and gave him funding to carry out more studies while also helping to clear mines from French harbors. He established the “Underwater Research Group” alongside Tailliez and Dumas, and together they created a number of devices.

On July 19, 1950, Cousteau purchased a modified US minesweeper named “Calypso.” A variety of new kinds of plants and animals as well as volcanic basins beneath the Red Sea were found during its maiden journey to the Red Sea.
The following voyage to Toulon in 1952 earned Cousteau prominence when they discovered the wrecked Roman ship “Mahdia,” which was loaded with loot, close to Grand-southern Congloué’s coast. The first operation in underwater archaeology took place here. His novel, “The Silent World,” was published, greatly contributing to his rising fame.
Next, he and his crew created the “diving saucer,” also known as the “DS-2,” a compact, easily maneuverable submarine. This was beneficial to several studies of deep-sea biology.

A 13,800-mile voyage was made by Calypso in 1955. Cousteau filmed the movie adaptation of his book “The Silent World” while on this voyage. He received recognition and honors for this 90-minute film.

He was named the director of Monaco’s “Oceanographic Institute and Museum” in 1957. He proved that underwater dwelling was feasible wherever the oceanauts could survive for weeks at a time with the “Conshelf Saturation Program” On this project, the film “World Without Sun” was developed.

The World of Jacques-Yves Cousteau, an hour-long television program, was broadcast in 1966 and got a great deal of praise. The result was the well-known program “The Undersea World of Jacques Cousteau.” He appeared on this eight-season show along with his boys. The next television program, “Cousteau Odyssey,” which debuted in 1977, focused on the preservation of marine life.

The “Cousteau Society,” a non-profit environmental organization, was founded in Bridgeport, Connecticut, in 1970. At the moment, it has more than 300,000 subscribers. To limit commercial whaling, Cousteau personally communicated with the leaders of the states. Additionally, he launched an anti-nuclear waste campaign in the Mediterranean Sea.

Cousteau produced two TV shows in 1980 about the waterways surrounding the broader St. Lawrence. In 1984, the “Cousteau Amazon” series came next. Midway through the 1980s, “Cousteau/Mississippi: The Reluctant Ally” won an “Emmy Award.”

The “Sea Spider,” a multi-armed diagnostic tool created by Cousteau to study the biochemical makeup of the ocean surface, is one of his other significant inventions. He and his team began developing high-tech wind sails, or “Turbosails,” in 1980. These sails aid in lowering fuel consumption for oceangoing ships.

Along with Émile Gagnan, Cousteau is best known for creating the scuba equipment known as the “Aqua-Lung.” It is a standalone submersible breathing device. He is also credited with many other inventions, including equipment for underwater photography and diving.

His book, “The Silent World,” which was based on his daily diaries, was released in 22 different languages and has sold more than five million copies worldwide. He produced a large body of written work, including 21 volumes of the “Ocean World” encyclopedia series and eight volumes of the “Undersea Discovery” series.

In total, he wrote and produced 50 books and more than 115 TV movies. His most well-liked television program was “The Undersea World of Jacques Cousteau.” Other well-known books by him include “The Shark: Splendid Savage of the Sea” (1970), “Dolphins” (1975), and “Jacques Cousteau: The Ocean World” (1985).

Based on his book “The Silent World,” his 90-minute underwater film garnered him prestigious honors like the “Palm d’Or” at the 1956 Cannes Film Festival and an “Academy Award” in 1957. President John F. Kennedy presented him with the “Special Gold Medal” of the “National Geographic Society” in a ceremony at the “White House” in April 1961.

The television shows produced by Cousteau have received more than 40 nominations for prestigious prizes. The Golden Fish and World Without Sun are two of his other “Academy Award” winning movies.

The French government’s Grand Croix Dans l’Ordre National du Merite, the US government’s Presidential Medal of Freedom, and the International Council of the National Academy of Television Arts & Sciences’ “The Founder’s Award” were a few of the notable awards given to Cousteau. He was admitted into the “Television Hall of Fame” in 1987. He received the “Centennial Award” from the “National Geographic Society” in 1988 for his “special contribution to mankind throughout the years.” He received the “International Environmental Prize” from the “United Nations” in 1977.

In January 1990, he received the title of “Honorary Companion of the Order of Australia” in recognition of his contributions to the environment and marine life.

In 1937, wealthy Parisian Simone Melchior became Cousteau’s wife. Jean-Michel and Philippe, the couple’s two sons, were born in 1938 and 1939, respectively. The sons later accompanied their father on his underwater explorations.
Philippe lost his life in a plane crash in the Tagus River of Portugal in June 1979. Simone, Cousteau’s wife, passed away in 1990. Cousteau wed Francine Triplet in 1991. In 1980, they gave birth to a daughter named Diane Cousteau, and in 1982, a son named Pierre-Yves Cousteau.

On June 25, 1997, in Paris, Jacques Cousteau suffered a cardiac arrest and perished. When he passed away, he was 87 years old.

One of the wealthiest and most well-known oceanographers is Jacques. The sources we looked at—Wikipedia, Forbes, and Business Insider—estimated Jacques Cousteau’s net worth to be around $1.5 million.