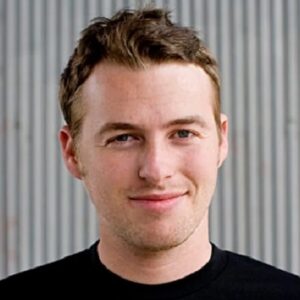 Jake Hurwitz is a screenwriter, actor, and comedian best known for co-creating the popular web comedy “Jake and Amir” with his college roommate Amir Blumenfeld. He had always aspired to be a screenwriter, but it wasn’t until college that he realized he had a natural knack for acting. He interned at CollegeHumor before landing a full-time career as a script writer and actor for his own unique videos. He met Amir while interning at CollegeHumor, and the two became well-known for their show “Jake and Amir.” They’ve collaborated on a few projects, including the popular comic audio podcast ‘If I Were You.’ In 2010, their website received the ‘People’s Voice Award’ at the 14th Webby Awards event, and PC Magazine named it the ’15th Best Web-Only Show.’ The second season of BFF, ‘A Game Production,’ made for Myspace, was his first non-CollegeHumor show. ‘Hardly Working,’ which he authored and acted in, is his other popular serial.

On August 5, 1985, Jake Hurwitz was born in Spring Glen, Connecticut, to Samuel and Laura Hurwitz. His mother is Christian and his father is Jewish. He went to Hebrew school and completed the Jewish Bar Mitzvah ceremony, as per his father’s wishes. They did, however, celebrate Christmas and Easter as a family, and they are Christians.
With one brother and four sisters, he grew up in a big family. Jake went on to study research at New School University in New York City after graduating from Hunter College. He interned at CollegeHumor after writing a column for the website.

His college column was a hit, and he aspired to be a comedy sitcom writer when he was younger. Destiny, on the other hand, had other ideas.
His first appearance on stage was at his sixth grade’s annual function. He initially struggled with stage fright, but he overcame it and began to enjoy the positive feedback he received from fans.

Jake progressed from an intern to a full-time CollegeHumor employee. He was cast in the sitcom ‘The CollegeHumor Show,’ which featured videos from the website, in 2009. However, because of its lack of originality, the show received negative feedback. Despite this, he decided to pursue a career in comedy.
When Jake met Amir Blumenfeld at CollegeHumor in 2006, things took a turn for the better, and the two became fast friends. They teamed up as a comedy duo because they both had a great sense of humour. Jake got a digital camera for his birthday, and he and Amir began filming and uploading videos to the internet. ‘Quick Characters,’ their first video, was a huge hit and helped to launch their career.

Following their initial success, the two friends created their own web series, “Jake and Amir,” which they published on the website jakeandamir.com. Jake was a regular guy in the series, while Amir was his obnoxious coworker who always got him into trouble. Over 500 episodes have been produced in which the duo’s wit perfectly complements each other. It was so popular that CollegeHumor picked it up and made it one of their top shows on the internet.
Ben Schwartz, Allison Williams, Hoodie Allen, and Rick Fox were among the guest artists as the serial grew in popularity. Jake and Amir were named the ‘Top 100 Undiscovered Websites’ by PC Magazine in 2008, and the ’15th Best Web-Only Show’ by the magazine in 2011.

Jake was hired for the second season of BFF, ‘A Game Show,’ produced for Myspace, which was his first non-CollegeHumor show. The show, which followed the format of a dating game, was a departure from his usual humour. Despite this, Hurwitz managed to cram a lot of wit into his script in order to make an impression. In addition, from 2007 to 2015, he wrote the script for and starred in the television series ‘Hardly Working.’
In October 2012, CollegeHumor released ‘Jake and Amir: Fired,’ a 30-minute episode. The episode was the company’s first non-internet production, and it was a profitable DVD sale. To reach out to their fans, the duo began performing live in New York, Toronto, and London. In June 2012, they even gave a lecture at the International Student Film Festival in Tel Aviv, where the audience was split in half.

By 2013, the TBS network had turned ‘Jake and Amir’ into a comedy series. Jake was a script writer and executive producer for the show in addition to acting in it. ‘Money from Strangers,’ a two-season MTV show, also featured the duo.
Following the success of ‘Jake and Amir,’ the two friends decided to branch out and start a comedy audio podcast called ‘If I Were You,’ in which they answer listener questions and offer advice. As the show grew in popularity, they invited a number of special guests to add value to it while also providing a laugh.
Jake Hurwitz is a well-known figure on social media, with a sizable fan base.

His net worth as of June 2017 was estimated to be in the millions of dollars.

From 2010 to 2012, Jake Hurwitz was engaged to Bee Shaffer, a film producer. Ricky Van Veen, co-founder of CollegeHumor, hired her mother, Anna Wintour, as his assistant. They met at the Webby Awards in 2010 and moved to Los Angeles together in 2011, but their relationship ended a year later.

Jake Hurwitz has a net worth of $500 thousand dollars. He is an American comedian, actor, and writer. Jake Hurwitz attended Hunter College after growing up in Spring Glen, Connecticut. He dropped out of Hunter and went to institutions in Pennsylvania and Connecticut before deciding to drop out.

Jake Hurwitz’s comedy style was heavily influenced by the television show “Arrested Development,” as well as comedian Mitch Hedberg.
Jake prefers to wear t-shirts and eats Macaroni and Cheese. He also has a soft spot for dogs of a medium size.