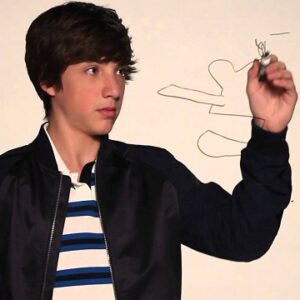 Jake Short is an American television and film actor best known for his role as Fletcher Quimby in Disney’s hit sitcom ‘A.N.T. Farm.’ He co-starred on the sitcom with China Anne McClain and Sierra McCormick, and his raw appeal and acting talents helped him gain a following. Jake has also been in the films ‘The Anna Nicole Smith Story’ and ‘Shorts,’ as well as the television shows ‘Mighty Med,’ ‘Just Kidding,’ ‘Lab Rats,’ and three episodes of the thriller ‘Dexter.’ In addition to his television and film performances, he has been a spokesperson for a number of children’s and teen-oriented products and has received the ‘Kid’s Choice Award’ and ‘Young Artists Award.’ With the 2013 film ‘Unravelled,’ he demonstrated his writing and directorial abilities. Jake keeps himself busy with business, and when he has time off, he prefers to travel to quiet places and focus on his martial arts talents.

Jake Short was born on May 30, 1997, in Indiana, to James Cramer Short, an internist, and Dr. Kimberly Kennan, a plastic surgeon. He had a natural talent for the performing arts and sports when he was a child. Justin is his older brother, and Gillian and Jessilyn are his younger sisters.

Jake was an avid soccer player, gymnast, guitarist, and martial artist in high school. Because of the boy’s vast range of talent, his parents and teachers encouraged him to continue honing his skills, and as a result, he achieved famous status as an actor and teen idol early in his life.

Jake’s older brother was the one who encouraged him to pursue acting. When Jake was ten years old, he and his brother both enrolled in acting classes, and while his brother soon dropped out due to boredom, Jake stayed in the sessions since he thought it was an interesting career prospect.

Jake loved to wrestle with his siblings and father for fun when he was a kid, and during one of their games, Jake banged his head so hard on the floor that he blacked out. He was sent to the hospital right away. Despite how violent it sounds, Jake laughs it off and claims that this is his favorite childhood memory, demonstrating how close they were as a family.

Jake started his career in Hollywood after going to Los Angeles for work. He was taken up for a commercial right away. Jake has done ads for brands like Danimals, Glad, Florida Orange Juice, and Febreeze over the years. In America, he is regarded as a teen icon, and his widespread popularity makes him an excellent choice for brand marketing.

His acting career began as a child actor in the film ‘The Anna Nicole Smith Story,’ in which he played Daniel in a minor role. Jake’s performance was well received, and he was cast in another film, ‘Shorts,’ in 2009, and in the same year, he played Kenny Coffee in an episode of ‘Zeke and Luthor,’ a popular sitcom at the time. In the same year, he was cast in the highly popular crime thriller series ‘Dexter,’ in which he played Scott Smith.

After ‘Dexter’ put him on the map, various TV shows began considering him for roles, and he finally starred in single episodes of ‘Shit My Dad Says’ and ‘Futurestates.’ Around the same time in 2011, Disney was casting a lead character for their ambitious children’s series ‘A.N.T. Farm,’ and Jake received an audition call. Jake jumped at the chance, and it turned out to be the most pivotal job of his career.

‘A.N.T. Farm’ was a cult show among children that aired till 2014. Jake kept himself busy during the show’s run with roles in ‘Kirby Buckets’ and ‘Mighty Med,’ the latter of which he played as co-lead.’

In 2016, he was cast as Oliver in ‘Lab Rats: Elite Force,’ which marked his return to the main role. Jake has been in talks for a few more movies and television series, and the show is still on the air.

Jake Short wants to be a part of ‘The Big Bang Theory,’ which he says is his favorite sitcom. Apart from TBBT, he has been a big admirer of sitcoms since he was a kid. Jake also enjoys the show ‘Friends.’

Jake Short has dated China Anne McClain (2012-2013), Piper Curda, and Alexxis Lemire in the past.

Jake Short is an actor from the United States with a net worth of $3 million. Jake Short was born in May 1997 in Indianapolis, Indiana. From 2011 until 2014, he starred as Fletcher Quimby in the television series A.N.T. Farm, which became one of his most well-known performances. From 2013 through 2015, Short played Oliver on the TV show Mighty Med.