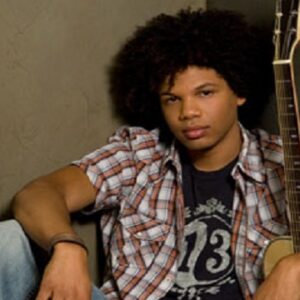 Jake Smollett is an American actor best remembered for his role as a child actor in the ABC comedy series ‘On Our Own,’ in which his siblings also had significant parts. The sitcom was a hit, and he was nominated for a Young Artist Award for Best Performance by an Actor Under Ten in a Television Series. Jake began his own career as a baby diaper model when he was just a newborn, as he was born into a family of actors. He actually grew up in front of the camera, having entered the world of show business at a young age, which explains his innate confidence as a performer. He was cute and talented, but he also had an innate love for performing, which made him a popular choice for portraying little boys of color in a variety of television shows. He went on to play a range of characters in numerous television series after appearing in a small role in the sitcom ‘Hangin’ with Mr. Cooper’ in 1992.

Given his family history, Jake Smollett appears to have been destined for stardom! He was forced into the spotlight even before he could walk or talk, as he was born into a family with deep roots in the acting industry. However, it would be a mistake to believe that Jake’s current success is just due to his family’s acting heritage. While his parents provided him with the necessary push at an early age, he has only gone this far thanks to his own talent and passion for the profession of acting.

Jake participated in the ABC sitcom ‘On Our Own’ alongside his five siblings from September 1994 to April 1995. The show was a hit, and the Smolletts gained a lot of notoriety as a result of it.

Following this triumph, Jake starred as Poe Batiste in Kasi Lemmons’ directorial debut, ‘Eve’s Bayou,’ in which he received critical acclaim. His performance as Noser in the TV series ‘The Middleman’ (2008–2009) was also well-received.

Jake Smollett enjoys cooking in addition to acting and frequently prepares delicious delicacies in the family kitchen. Continuing his enthusiasm for food, he and his siblings make family-style dishes on ‘Smollett Eats,’ a Food Network cooking show, every Saturday. On his official website, http://www.jakesmollett.com/, he also has a recipe section. If you enjoy his dishes, you’ll be happy to learn that Jake will be joining Rachael Ray on ‘The Rachael Ray Show’ for cooking segments in the near future!

Jake Smollett was born in New York City on July 29, 1989, to Joel and Janet Smollett. Jussie, Jazz, Jurnee, Jocqui, and Jojo are his five siblings. His family is of mixed Russian-Jewish, Polish, Native American, Irish, Creole, and African-American origin, with a long history in performing. The Smollett siblings were all exposed to the entertainment industry when they were very young. Jake initially appeared onscreen in a diaper commercial when he was just a newborn! The twins are extremely close and frequently collaborate on their acting projects. Jake is a very private guy when it comes to his love relationships, and he does not reveal specifics about his dating life with the media.

Jake Smollett is one of the wealthiest TV actors and one of the most popular. Jake Smollett’s net worth is estimated to be $1.5 million, according to Wikipedia, Forbes, and Business Insider.